If you want to teach the faith: follow the model of the Annunciation 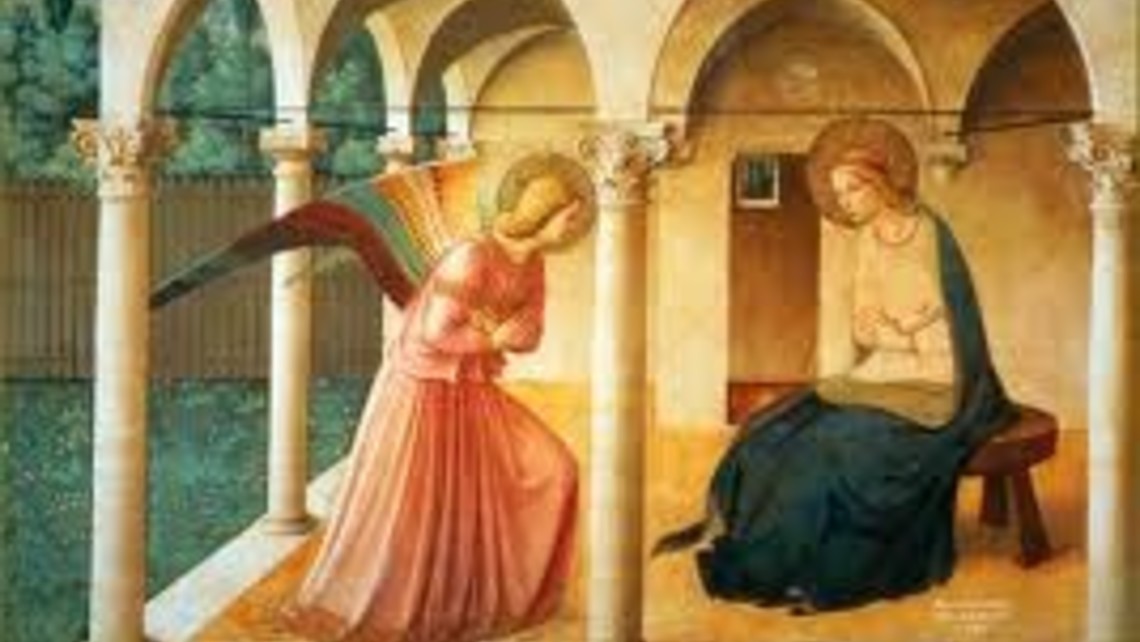 The progression of sound religious instruction begins with a focus on the nourishment of the student’s soul and culminates with the final end toward heaven. All forms of evangelical practice and catechesis share as their central aim the development of an intimate relationship with Jesus Christ, the former involves an introduction into the God’s plan for salvation and our place within it as revealed in Sacred Scripture. The latter involves a clear articulation of the Word of God and the gift of doctrine that is the fruit of God’s communication to man through His son Jesus Christ.

The manner a teacher engages a student is very important because the initial entry point is not the introduction of the topic or theme, instead, the first step involves a proclamation that the student is truly loved by God and is part of God’s salvific plan. Why is this important; because the aim of all religious instruction is for our students to desire Heaven.

The Word of God provides us with examples of how God communicates through pronouncements or proclamations. His method involves constructing a spiritual foundation for the person He communicates with through an initial proclamation of His intentions, and then He prescribes how the person is to fulfill His proclamation as we encounter in God’s communication with Abram,[1] Moses,[2] Samuel[3] and David through Nathan.[4] What makes these biblical examples so important is that God reveals His unending love toward them even through their unbelief-Moses, or disobedience-David.

The culmination of God’s announcement is finally revealed through His Son Jesus Christ born of a Virgin through the power of the Holy Spirit. The handmaiden of the Lord preserved from original sin would be the Mother of God and reveal to the whole world God’s infinite love and mercy through his Son Jesus Christ.

God sent forth his Son, but to prepare a body for him, he wanted the free cooperation of a creature. For this, from all eternity God chose for the mother of his Son a daughter of Israel a young Jewish woman of Nazareth in Galilee a virgin betrothed to a man whose name was Joseph, of the house of David; and the Virgin’s name was Mary.[5]

The Annunciation and Mary’s response

Anyone who may not be acquainted with the bible let alone have a relationship with God may find the story of the annunciation quite fascinating. The premise of the doctrine of the Annunciation as revealed in Scripture is an inauguration of the fulfillment God’s intention and promise to save His people through the birth of a son that involves the free cooperation of a women who knew no sin.

From a non-religious perspective, the story may be interpreted as follows: God communicates with His people; tells them He loves them and wants them to be with Him in heaven but in order to accomplish this there is one last thing He has to do. He chooses a woman who supposedly did not commit any sin or do anything wrong to all of sudden have to give birth to God’s son who will also be God and man at the same time because of the woman Mary. And, along the way the Son named Jesus who is also God and man at the same time is to sacrifice himself in death on a cross in order for everyone to be saved from sin and death. It appears that this was God’s plan all along to save those who constantly rejected him. This particular description in many respects reflects the mindset of students in a classroom wondering how this story applies to them.

When God speaks to Mary through the archangel Gabriel, he first acknowledges her identity as the Immaculate Conception and reassures her that the Lord is with her. Mary’s immediate concern and distress at this announcement is followed with a reassurance that God is with her. Then the announcement continues that she will bare son in her womb and that he will be called the Son of the most high[6] and that His son will carry the throne of God and His Kingdom will have no end. As Mary questions how she would bare God’s Son since she had not known any man the angel responds that the Holy Spirit will come upon her and that the power of God will overshadow her hence the child born will be called the Son of God. Mary responds to God’s announcement by embracing her identity as the handmaiden of the Lord and thus freely submits her will to the will of the Father in heaven according to His Word.

The Annunciation model of teaching

Upon reading the annunciation, the first thing one encounters is the Archangel Gabriel’s recognition of Mary’s dignity as one who is true and beautiful in the eyes of God. Mary is the daughter of God who will be the Mother of God. The angel affirms her identity as the Immaculate Conception. This is an important first step in the annunciation model because it immediately establishes an identity within the classroom that all students will be recognized as children of God.

The second step we encounter in the annunciation model is very important because it provides the framework of how we as religious educators should teach our students as genuine witnesses of the Gospel even when we do not express a desire to do so. It is important to be aware of the value and power of being an authentic witness in the name of Jesus Christ because in many cases, the student remembers what you did and not what you said. This is where you firmly establish what you want to teach and you tell them why just like angel told Mary-behold you will bare a son.

The angel then proceeds to prepare Mary to what is about to be announced, proclaimed, and explained. This third step involves the method and content of instruction. After Mary expresses her distress and questions what is happening the angel assures her that all is well, he then proceeds to explain through a very carefully structured catechesis that she will bare the Son of God through the Holy Spirit coming upon her and the Lord overshadowing her in her womb. When a student expresses disbelief, confusion, or doubt, take the time to address these areas and not gloss over them with a coloring book or a self-help activity. Reacquaint them with the Story, emphasize that they are uniquely made to live out God’s salvific plan and that He will never let them go.

Mary the Mother of God is also Mary God’s student. She continues to receive further instruction-catechesis by God the Divine teacher that the Son she will bare will be holy and called the Son of God because of God Himself. This event is significant because Mary receives the message that the Kingdom of God is to be fulfilled through His son Jesus Christ.

In the end, the annunciation model is a method that focuses on the announcement, proclamation, and explanation of the Catholic faith as witnessed between God and Mary through the angel Gabriel. Teachers are first and foremost intercessors and pedagogues before anything else. The reason, both characteristics are aimed to walk the student toward our Father in heaven.

As we near the Feast of Our Lady of Lourdes, let us not forgot the beautiful witness and testimony of St. Bernadette of Soubirous who revealed to us the importance of embracing her Son Jesus Christ and the Church he established on earth as our path to heaven.

Our Lady of Lourdes, pray for us!

There is an interesting yet profound requirement the people of Israel are told to follow written in the book of Deuteronomy. The last book... END_OF_DOCUMENT_TOKEN_TO_BE_REPLACED

The evangelist St. John the Baptist introduces us to the drama that affects every human being when he reminds both Jews and Gentiles to... END_OF_DOCUMENT_TOKEN_TO_BE_REPLACED

A consistent question I have been asked over the course of my ministry is how important is the use of one’s personal experience in... END_OF_DOCUMENT_TOKEN_TO_BE_REPLACED