Unmasking the Devil in Religious Education 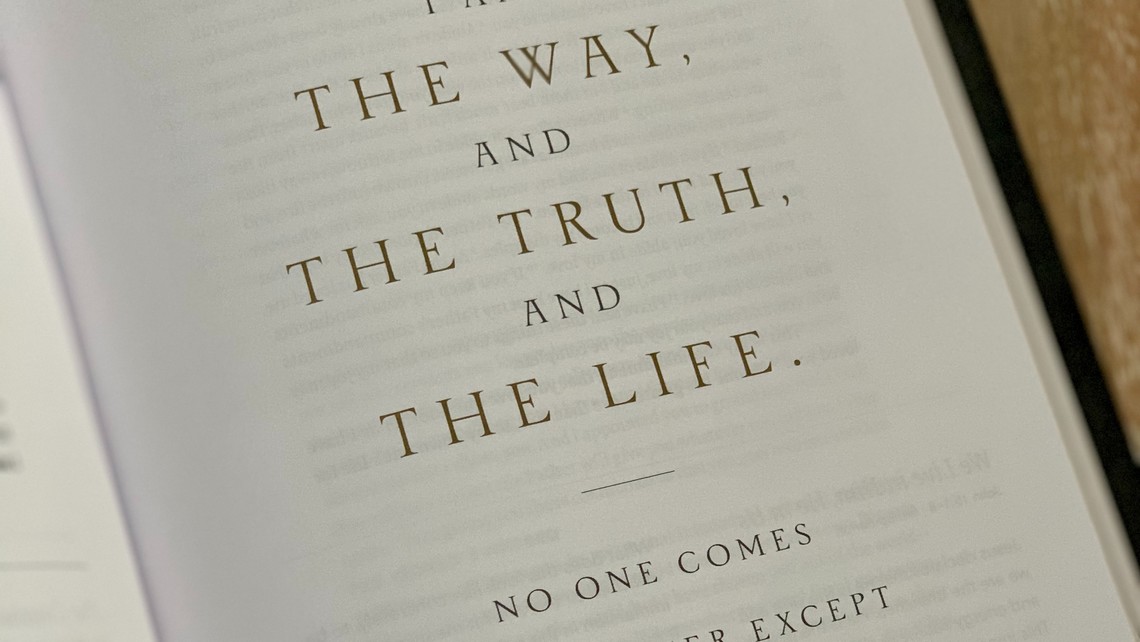 Unmasking the Devil in Religious Education

The virtue of assent applied in a religious education context is a distinctive and formidable attribute associated with one’s willingness to make a genuine profession of faith to Christ and His Church. If there is a singular premise in religious instruction it is that the person receiving instruction in the name of Jesus Christ should leave with a genuine devotion to Christ and a keen awareness of who He is as Savior and Lord and a desire to know and understand more of Him. This would require the religion teacher to nourish the soul of the student in question as proposed by the book of Hebrews.[1]

St. John Henry Newman in his masterpiece A Grammar of Assent offers a more distinct application of the virtue of assent with respect to a child’s ability to develop religious knowledge[2]:

. . . until we account for the knowledge which an infant has of his mother or his nurse, what reason have we to take exception at the doctrine, as strange and difficult, that in the dictate of conscience, without previous experiences or analogical reasoning, he is able gradually to perceive the voice, or the echoes of the voice, of a Master, living, personal, and sovereign. .? But still, if a child of five or six years old, when reason is at length fully awake, has already mastered and appropriated thoughts and beliefs, in consequence of their teaching, in such sort as to be able to handle and apply them familiarly, according to the occasion, as principles of intellectual action, those beliefs at the very least must be singularly congenial to his mind, if not connatural with its initial action. And that such a spontaneous reception of religious truths is common with children; I shall take for granted, till I am convinced that I am wrong in so doing. The child keenly understands that there is a difference between right and wrong, he is conscious that he is offending One to whom he is amenable, who he does not see, who sees him.  His mind reaches forward with a strong presentiment to the thought of a Moral Governor, sovereign over him, mindful, and just. It comes to him like an impulse of nature to entertain it.[3]

St. Newman concluded that freedom[4] and assent rest on the ability to acknowledge the presence and work of Christ in our daily lives[5] and desire spiritual maturity by way of the kerygma and the creed. If we follow the pattern established by St. Newman the central catechetical aim of any religious educator is to establishment and atmosphere of trust and acceptance rooted in Christ that would offer a student, the freedom to engage the Catholic faith.[6] St. Pius X in his encyclical Acerbo Nimis on Teaching Christian Doctrine provides the following point:

Christian teaching reveals God and His infinite perfection with far greater clarity than is possible by the human faculties alone. . . This same Christian teaching also commands us to honor God by faith, which is of the mind, by hope, which is of the will by love, which is of the heart; and thus the whole man is subjected to the supreme Maker and Ruler of all things.[7] It would seem reasonable that if we apply the principles laid out by St. Newman and St. Pius X that our religious instruction would in effect foster a students genuine desire to first learn about Christ, and second, live an active, dedicated and sacramental life. However, this is precisely where the Devil if provided the opportunity will do everything within his limited abilities to thwart any person’s intention to seek an intimate relationship with Christ.

When a person is born it should not come to anyone’s shock that even though we bear the image and likeness of God we are a technically at the disposal of the Devil a sanctuary for him. If this is the case, why would anyone especially a parent waits to have their child baptized and become a member of the Kingdom of God on earth. A primary task of the Devil is to unveil an alternate reality by way of propositions. He never provides definitive answers but instead provides alternatives to making an assent of faith. He is perfectly fine to allow the religion teacher teach about God and the Trinity and for the student to actually learn about God the Trinity so long as both the teacher and student exhibit no further desire to intimately know the Father, Son and Holy Spirit.

There is two-fold approach in the Devil’s religious education madness that is often found in many religious education programs both in Catholic schools and parish programs. The first approach is this: that catechetical-doctrinal instruction is the end itself. This means that any form of religious instruction does not lead the student to God and thus does not require an active faith. This is where the experiential only approach to religious instruction is most common amongst religious educator because the end result is not an active sacramental life with Christ, instead its an assimilation of cultural practices that lay preference to learning about a subject rather than learning and desiring Christ himself.

The second approach, which is the most sinister is to withhold the opportunity to develop a relationship with Christ by simply stating that He is a mystery that cannot be understood thus religious instruction involves the study of the topic of Christ and not Christ the Son of God, truly presence in the Holy Eucharist. Or, worse, Jesus is who you want Him to be in your heart. These educational propositions might be difficult if the child does not have a proper understanding of who Christ is let alone a properly formed moral conscience. If you notice in these two scenarios, there is no mention of the kerygma or the creed. There is no attempt to establish a sense of trust and belonging as a child of God. The communal aspect of the Catholic faith that is rooted in the sacramental life established by Christ is obliterated.

Aristotle once commented that education is perfected in three stages; cultivate the natural disposition of the child to allow for fuller development, morally train and discipline the child, and third, hep the child assimilate these learned traits in daily living. The task of the religious educator is to introduce the child to a supernatural faith that propels the child to actively live a Christian life.

Authentic religious instruction is a beacon of light amidst a fog of despair. We are tasked to serve as a lighthouse of faith penetrating the thick spiritual muck that can literally take a child away from God. We must provide children with landmarks of faith rooted in the Word of God and revealed in the Creed as the Good News of Jesus Christ. The essential fact of salvation must serve as the foundation for all religious education instruction. Christ is the Divine apex of the entire economy of salvation as both the sacrificial lamb, redeemer and dispenser of the mysteries of grace found in the sacramental life.

We can turn to the ancient Catechumenal process (Rite of Christian Initiation of Adults) where those preparing for reception into the Catholic Church received instruction through the proclamation of the Gospel, the Creed and the Lord’s Prayer.

There is an interesting yet profound requirement the people of Israel are told to follow written in the book of Deuteronomy. The last book... END_OF_DOCUMENT_TOKEN_TO_BE_REPLACED

The evangelist St. John the Baptist introduces us to the drama that affects every human being when he reminds both Jews and Gentiles to... END_OF_DOCUMENT_TOKEN_TO_BE_REPLACED

A consistent question I have been asked over the course of my ministry is how important is the use of one’s personal experience in... END_OF_DOCUMENT_TOKEN_TO_BE_REPLACED