If you desire a personal relationship with Jesus Christ, then know why He died and suffered for you. 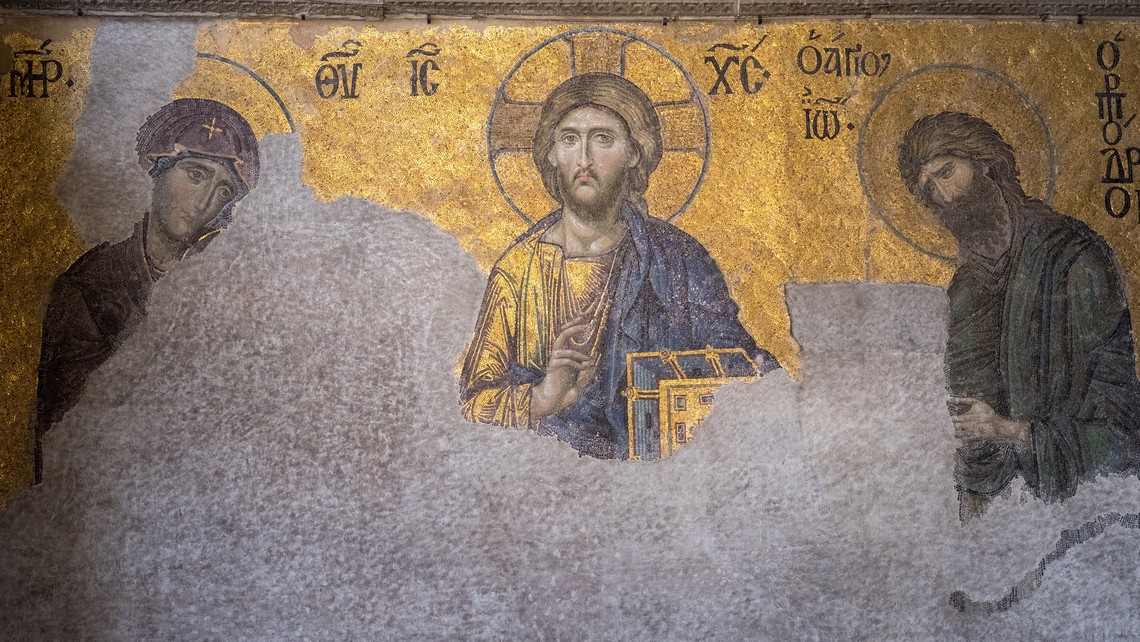 As I asked this question to the leader of the community, he explained that many within his group openly wondered if there was something missing in their relationship with Jesus Christ. This urging to know more about Christ led to my invitation to discuss and explore the redemptive suffering of Christ which is a topic not typically taught or preached within mainline Protestant denominations. It became evident as I begin my presentation that many were very curious on what redemptive suffering meant. One particular individual asked me to expand on the relationship between Christ’s redemption and His suffering

Why did Jesus have to suffer?

Christ came to suffer for the sins of humanity and through His death and resurrection[1] destroy sin and the works of the devil. Jesus’ redemptive act reveals God’s love for us by sacrificing His only son to free us from sin so that we may turn our attention to Him and away from our own vices.

The Catechism of the Catholic Church citing the prophet Isaiah explains,

Jesus’ redemptive death fulfills Isaiah’s prophecy of the suffering servant. Christ’s death is both the Paschal sacrifice that accomplishes the definitive redemption of men, through the Lamb of God, who takes away the sin of the world. The sacrifice of Christ is unique; it completes and surpasses all other sacrifices.[2]

Jesus’s suffering and death was a free will offering to embrace and destroy the sin of humanity through his death. Christ’s suffering and redemption means that He came to give his life as a ransom for many.[3] His desire was to restore man to his original vocation to love and serve God. Just because Jesus conquered sin and death through His death and resurrection, it does'nt mean that we are free from the near occasion of sin. Jesus’ redemptive suffering allows us to turn to him and the gift he left for us in the Church to keep sin at bay until our earthly journey ends and our true life with God begins in heaven. As others within the group began to wonder if simply proclaiming Jesus Christ as my personal lord and savior is enough even though sin and suffering still exists, I explained to everyone that Jesus’s death opened a door to seek the will of the Father in heaven where before it had been closed due to sin and death. Our death now has no sting or victory because of Christ redemptive act.

Is Jesus my personal Lord and Savior?

As I concluded my presentation, I asked the audience if Jesus Christ is their personal Lord and Savior. Everyone in unison yelled with an emphatic “yes.” I then asked if this is what you truly believe, then don’t forget to always proclaim Jesus Christ crucified because this is the heart of the Gospel. As silenced dominated the room, I told everyone that in order to understand redemptive suffering, we not only should proclaim that Jesus is my personal Lord and Savior but that his redemptive act conquered sin and death.

The identity of the Gospel is based on Christ crucified. St. Peter reminds us that;

His divine power has granted to us all things that pertain to life and godliness, through the knowledge of him who called us to his own glory and excellence, by which he has granted to us his precious and very great promises, that through these you may escape from the corruption that is in the world because of passion, and become partakers of the divine nature.[4]

Frustrated that her students would not respond to her, she naturally wondered what was wrong. She modeled her teaching techniques after some of the... END_OF_DOCUMENT_TOKEN_TO_BE_REPLACED

In his marital masterpiece, Love and Responsibility , St. John Paul II describes the love between persons as a mutual relationship, a particular form... END_OF_DOCUMENT_TOKEN_TO_BE_REPLACED

There is a distinctive drama that perpetually exists between God and man. The nature of this drama involves whether man in good faith engages... END_OF_DOCUMENT_TOKEN_TO_BE_REPLACED