Is he ready to receive Jesus? 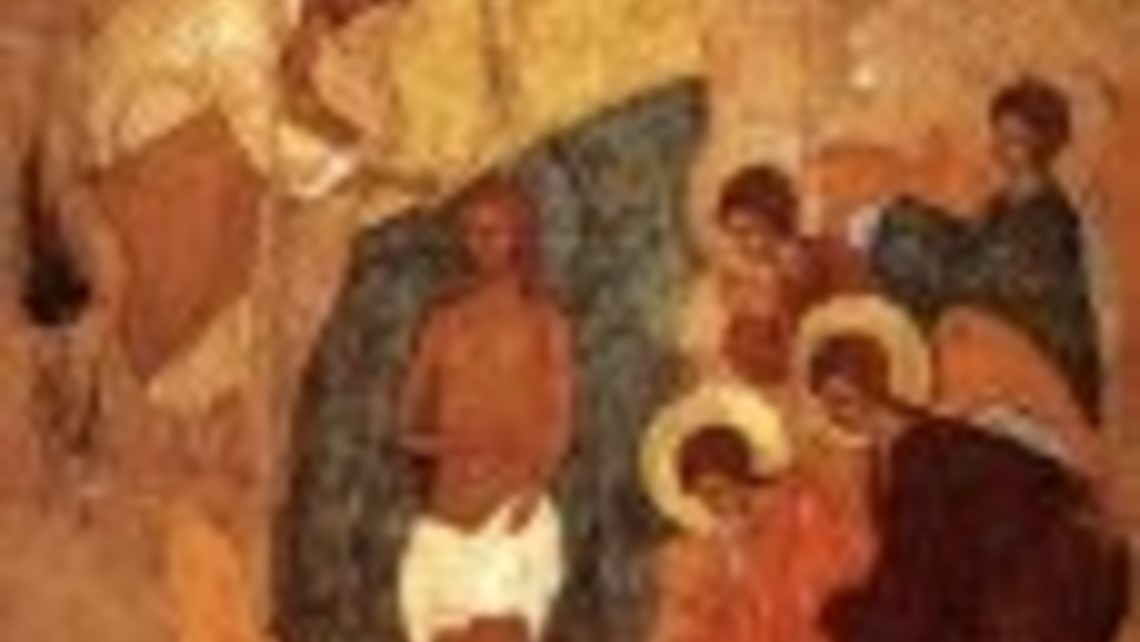 The mother came into my office a bit disheveled; her eyes immediately fixated on me, hoping for a positive answer. She got to the point as she settled into her seat with her eight-year-old son in tow. “I need to have my son baptized, and I was told I should come to talk to you to get this done.” With that said, any initial entryway toward gauging the mother and son’s understanding of the Catholic faith was temporarily dismissed for the time being. Her son was clearly confused or, better yet, wanted to know, “what am I doing here, and what did my mom just ask of this man?”

One may wonder if this type of situation cannot be that common; however, when I presented this scenario to a group of parish directors of religious education, almost one hundred plus of them raised their hand that this is something they have encountered more than once in their ministerial experience. The frustration that many exhibited at this workshop was telling because of the view that Catholicism, for many, is viewed as a utility rather than an opportunity to have an intimate relationship with Jesus Christ and, ultimately, a path to salvation.

The path to salvation was probably the last thing on the mother’s mind when she asked about getting her son baptized. Perhaps, she knew that it was important to have him baptized before death so that he would be ok before the eyes of God. As I turned my attention to her son, I could tell he was scared and confused, and by the look on his face, wondering if he had done something wrong. The notion that he exhibited any attraction toward God or knew who God was at best very lukewarm.

I asked her if her son was all right, and she asked me why? After a brief pause, she began to cry and then, noticing her mother’s emotional state, he also began to cry for her and with her. At that moment, the mother expressed what Cardinal Ratzinger would describe as the initial confession of faith or her initial testimony. What this means is that the mother made a confession of faith to God that she desires something for her son. And, this something is an initial faith rooted in baptism though one may argue she did not fully realize that her actions professed this.

After the mother calmed down, I turned my attention to her son and reassured him that he had done nothing wrong; my actions toward both mother and child were to address their current human condition and reassure them that they would not be alone from this point forward. As the meeting reached an hour, I reassured the young boy that his mother loved him very much and wanted him to receive a very special and beautiful gift from Jesus Christ, a holy friendship with him.

As we concluded our meeting, I asked the mother what she wanted most for her son apart from the sacrament of baptism; she said, “I want him to be protected.” This entire sequence served as the initial entryway in helping the mother understand what she desires the most for her son; as any good parent, she wants to protect her son from what she sees as a world that does not foster truth, beauty, or goodness. In many ways, the mother indirectly made a confession of faith to Jesus Christ for her son and herself and was willing to move forward toward making a profession of faith. In many respects, the mother reflected the call of St. Paul to the Romans, where he claims that salvation is for those who believe in Jesus Christ:

because if you confess with your lips that Jesus is Lord and believe in your heart that God raised him from the dead, you will be saved.[1]

The initial spiritual progress professed by the mother was significant because she initially came to seek a sacrament she viewed as necessary but did not completely know for what other than to protect her child. Any engagement that involves a discussion, revelation, and understanding of Jesus Christ must address the human condition- the body, mind, and heart. St. Francis De Sales would remind the faithful that the way to a human being is through the heart, heart speaks to the heart.

Any attempt to determine whether a person is prepared to believe in God or be receptive to a relationship with Jesus Christ, let alone receive a sacrament-sacramental readiness, must first address the human condition. Does the person possess a basic Christian view of the world? Is the person agnostic or indifferent toward any concept of God? Has the person been exposed to an environment that evokes any form of dialogue with God? The genesis of these questions provides a cognitive awakening that our kerygmatic and instructional methods, as both evangelists-catechists must reflect a Divine perspective to initiate spiritual progress.

The Catechism of the Catholic Church tells us:

Spiritual progress tends toward ever more intimate union with Christ. This union is called “mystical” because it participates in the mystery of Christ through the sacraments—“the holy mysteries”—and, in him, in the mystery of the Holy Trinity. God calls us all to this intimate union with him, even if the special graces or extraordinary signs of this mystical life are granted only to some for the sake of manifesting the gratuitous gift given to all.[2]

The notion that a person is deemed ready to receive a sacrament simply because of age, completing a program, or worse, because it’s what “everyone does” implies that the intellect and will, faith, and reason are not required elements to determine the disposition of the soul and whether the candidate is ready to make a confession and profession of faith to Jesus Christ and His Church. Instead, many view the reception of the sacraments as no different from a high school graduation or an award from your employer.

The readiness of the Soul

As prefect for the Congregation for the Doctrine of the Faith, Cardinal Joseph Ratzinger-Pope Benedict XVI wrote of the need to avoid the instruction of short formulas that tended to minimalize the basic character and identity of the creed. The way the faith came into existence was because someone lived and suffered his word, as the meaning of all being, as logos.[3] Cardinal Ratzinger places great emphasis on the introduction of the Word of God through the depiction of the salvific events of history and our place within these events.

If we intend to foster a greater awareness of the need for every person to have an active and living relationship with Jesus Christ through sacramental living: then our first step is to address the person’s spiritual state in life-soul. The personal influence of the soul is how the soul will be won for Jesus Christ. This involves a dialogue with the Divine that reflects that addresses our unique beauty and nature as children of God created in His image and likeness. These realities serve as entryways toward open communication with God.

The readiness of the soul is not entirely dependent on the catechetical assessment or the memorization of the creed, or the recitation of Catholic doctrine. Does the person who is both body and soul, matter, and form, express a genuine desire to share in the life of Christ in both joy and suffering? If the sacraments are constructed via the two-fold character of matter and form, should not our formation take on the same identity?

How can anyone determine whether a young child is ready to receive a sacrament? An adult? Many will argue that it is easier to determine readiness for an adult than for a child, but not necessarily so. Ratzinger argues that the administration of any sacrament requires involves a process of a dialogical creed and not a preliminary course of instruction. He references the application of the catechumenate as the central means to engage the soul-nourish to form the soul-nurture.[4]

The true value of the term’s accompaniment, communio, kerygma, evangelization, and dialogue must be associated with the identity of a dialogical creed, meaning that any form of kerygmatic outreach cannot be void of the creed. Our language must be credal in nature to nurture the person’s soul. In describing the intention of the sacrament of baptism and its relationship with faith, Ratzinger says the following:

For there is no such thing as a faith that is the decision of an isolated individual. Faith that is not a concrete being-accepted-into the Church is not Christian faith. Acceptance into the believing community is a part of faith itself, not just a subsequent juridical act. This believing community, for its part is a sacramental community; that is, it lives from that which it does not itself give; it lives from the worship of God in which it receives itself. But if faith involves a being-accepted into this community, it must mean, at the same time, a being-accepted into the sacrament.[5]

What the mother was looking for when she asked for her son to be baptized was a community for her and her son. She admitted that she felt shame for not raising her son in the Catholic faith as she had drifted away since her teen years. It was through the prayerful witness of a friend who encouraged her to talk to someone to come back home. I am grateful for this mother’s friend as the mother, and her son did come home after two years, and both ended up falling in love with the King of Kings and the Lord of Lord’s Jesus Christ!

How to be taken over by the love of Jesus Christ
January 4, 2023

As we continue to celebrate the life of Cardinal Joseph Ratzinger-Pope Benedict XVI as expressed through the gift of the Papal funeral rite that... END_OF_DOCUMENT_TOKEN_TO_BE_REPLACED

We are called to be addicted to God

As the young man gazed around the classroom, you could sense his fear and confusion, questioning why he was in this class. Any teacher... END_OF_DOCUMENT_TOKEN_TO_BE_REPLACED

In one of his most important works, A Grammar of Assent , St. John Henry Newman describes the development of thought in one true... END_OF_DOCUMENT_TOKEN_TO_BE_REPLACED