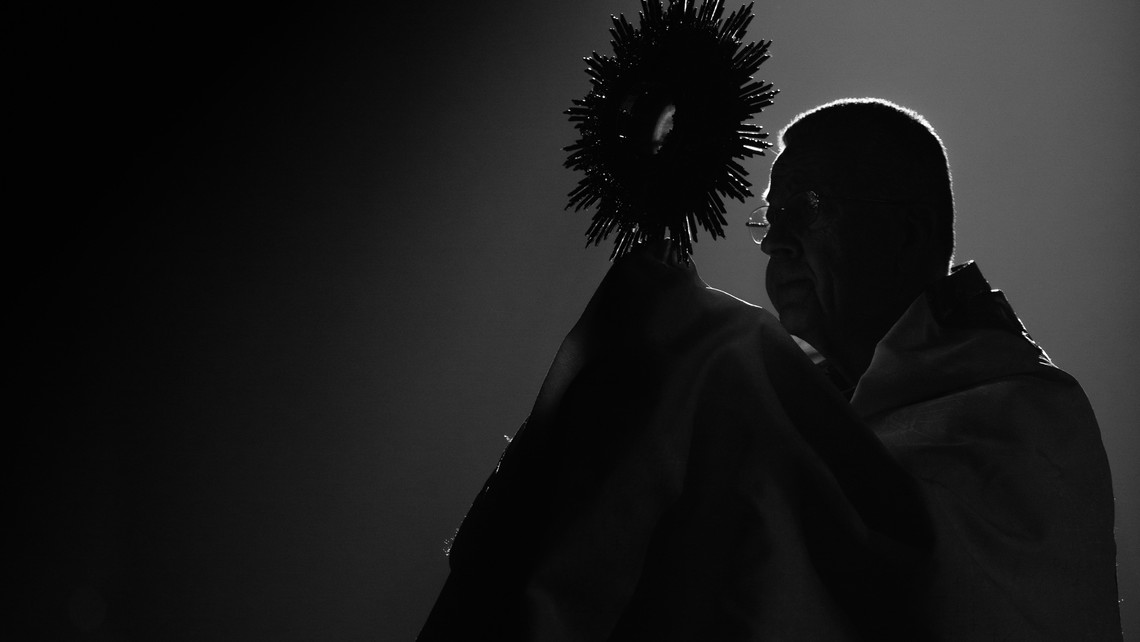 There is a distinctive drama that perpetually exists between God and man. The nature of this drama involves whether man in good faith engages the virtue of silence to listen to God instead of the choice to listen and engage the noise of the world; an act of despair the devil would prefer you and I to entertain. If a person is cognizant of the potential spiritual danger that exists in shunning the gift of silence, then he would do everything in his power to embrace the grace of silence and remove any noise that would distract you from God.

The ability to be silent and listen to the will of God is a virtue directed toward combating any distraction from God. A conscience attempt to personally engage the Son of God Jesus Christ in silence I argue reveals a desire to have meaningful conversations with Him which strengthens one’s ability to communicate with Jesus but also our fellow brother and sister in Christ.

The Drama of Silence

Now, whether man takes the time to faithfully listen to God the Father, Son and Holy Spirit is part of the drama that exists between us and our evolving relationship with God. This is why the gift of silence is a virtue.  The discipline of silence in prayer, daily activities, or relationships is described by Romano Guardini as the ability to inhale Christ and exhale out everything else.

Cardinal Robert Sarah former Prefect for the Congregation of Divine Worship and the Discipline of the Sacraments cites Guardini to describe the importance of the virtue of silence in the following way:

The greatest things are accomplished in silence-not in the clamor and display of superficial eventfulness, but in the deep clarity of inner vision; in the almost imperceptible start of decision, in quiet overcoming and hidden sacrifice. Spiritual conception happens when the heart is quickened by love, and the free will stirs to action. The silent forces are the strong forces. Let us turn now to the stillest event of all, stillest because it came from the remoteness beyond the noise of any possible intrusion from God.

Silence provides a person the ability to strengthen their relationship with God or better yet strengthen their soul with God because the focus is on Him not the world. All forms of distraction have been removed and now we can begin to encounter and see God in a different way, one where God becomes more attainable through His Son Jesus Christ. Keep in mind that the God became man (Incarnation) so that man can participate in God’s divine nature. Ultimately, the gift of silence answers the human cry: “I want to see God.”

Acknowledgement, the first fruit of silence

The path to Jesus Christ is typically associated with human stages of curiosity and trust which if openly and honestly discerned may lead toward a desire to love and live a life committed to Jesus Christ. The evolution of this spiritual journey of conversion involves the desire to remove any and all obstacles that may inhibit one’s ability to mature in their relationship with Jesus Christ. The basis of this process involves the acknowledgement that we are a creature before God who created us and affirm the greatness of God. The practice of spiritual acknowledgement which coincides with the virtue of silence are the seeds of Adoring Jesus Christ, especially in Eucharistic Adoration. Cardinal Sarah describes silence not as an absence. On the contrary, it is the manifestation of a presence, the most intense of all presences.[1]

Continuing with the fruit of acknowledgment, Sarah describes the Gospel account of Martha and Mary choosing two very distinctive paths to recognize and acknowledge the presence of Jesus;

The episode of Jesus’s visit to the home of Martha and Mary, related by Saint Luke (Lk 10:38-42), eloquently illustrates the priceless character of silence in everyday life: ‘Martha, Martha, you are anxious and troubled about many things’ (Lk 10:4). Jesus rebukes Martha, not for being busy in the kitchen, but for her inattentive interior attitude, betrayed by her annoyance with her sister. . . Jesus seems to sketch the outlines of a spiritual pedagogy we should always make sure to be Mary before Martha. Otherwise, we run the risk of becoming literally bogged down in activism and agitation . . .[2]

St. Augustine describes the act of Adoration as a respectful silence in the presence of God. Another way of understanding acknowledgement as the fruit of silence is by way of the practice of contemplative prayer which the Catechism of the Catholic Church describes and defines as silence or silent love.[3]

Words in this kind of prayer are not speeches; they are like kindling that feeds the fire of love. In this silence, unbearable to the outer man, the Father speaks to us his Incarnate Word, who suffered, dies and rose; in this silence the Spirit of adoption enables us to share in the prayer of Jesus.[4]

The role of silence in the Family

A child will pray, if he is introduced to prayer by his parents. If a parent takes the time to pray with and over their children in the name of Jesus Christ, the fruits of their actions will introduce a faithful curiosity to their children to investigate the gift of prayer.

The gift of silence and solitude within the home is an act of faith to be encouraged and practiced. Whether the method that leads to contemplative silence is chant, praise, adoration, laughter, casual conversation, praying with Scripture, Catechism of the Catholic Church or the lives of the saints; the gift of silence as the finality of these actions direct our attention toward God and not ourselves.

A family is a community of love and the gift of silence strengthens the family community because the focus is Christ and not on human desires. The virtue of silence strengthens the bonds of a family because the communal focus on the love of God and one another or as St. Therese of Lisieux comments in her spiritual doctrine, to love means to forget ourselves for the one we love.[5] The most important gift a child can receive from his parents is the gift of love. Above and beyond any human-secular element that can be given to a child, the one act of faith that matters the most is the act of unconditional love from parent to child. The gift of silence allows parents to remove all human obstacles that may prevent them from loving their children and fostering their relationship with Jesus Christ.

In closing, Cardinal Sarah describes the familial gift of silence in the following way:

The silence of everyday life is an indispensable condition for living with others. Without the capacity for silence, man is incapable of hearing, loving, and understanding the people around him. Charity is born of silence. It proceeds from a silent heart that is able to hear, to listen, and to welcome.[6]

How does one discern a genuine Christian experience?

The moment he witnessed the birth of his son, he knew right there and then his life had changed. The journey with his bride... END_OF_DOCUMENT_TOKEN_TO_BE_REPLACED

If you desire a personal relationship with Jesus Christ, then know why He died and suffered for you.

Sometime ago, I was invited to give a presentation on the importance of developing an intimate relationship with Jesus Christ. The irony of this... END_OF_DOCUMENT_TOKEN_TO_BE_REPLACED

Remember, His mercy is greater than your sins

There is a long-standing sacramental fallacy amongst Catholics that if you ask God to forgive your sins, he will. This is not to say... END_OF_DOCUMENT_TOKEN_TO_BE_REPLACED