The devil offers no one mercy, Jesus remedies this through the sacrament of penance 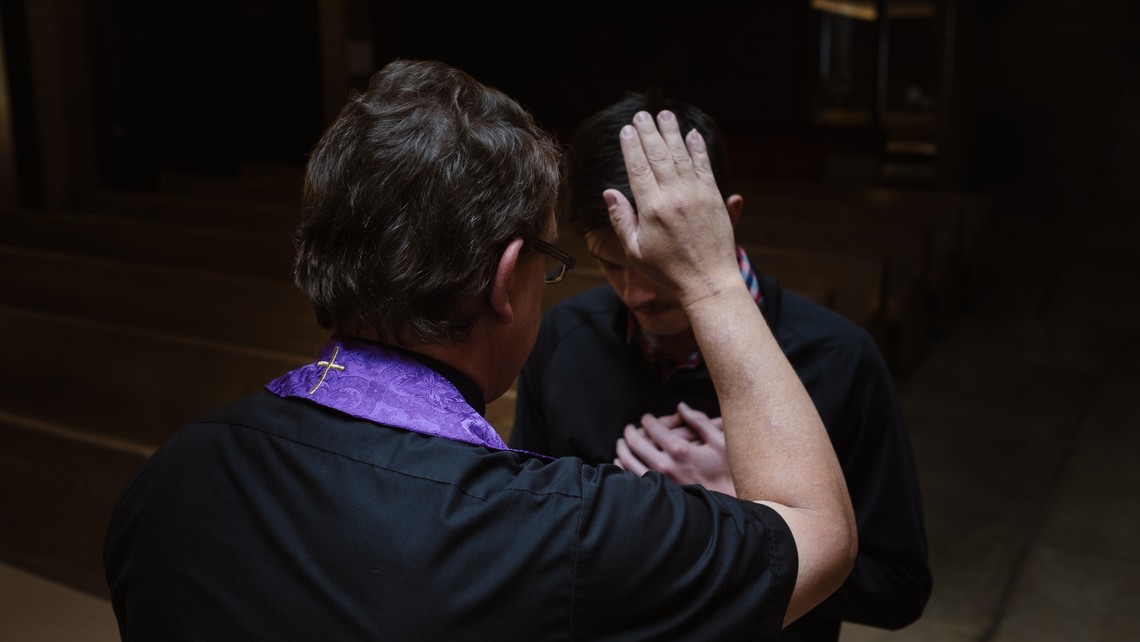 Many of us at one time face what I call Our Prodigal Opportunity. What I mean here is that there will come a time where all of us will encounter a temptation so great, that our human appetite deliberately ignores the Divine nourishment of our Father in heaven through His Son Jesus Christ. St. Paul reminds us of this scenario where professes that he does the very things he should not do but does them anyway.[1]And, if this does occur, will we have enough courage to admit our faults and humbly return to our Father in heaven and ask for forgiveness and be welcomed back home.

A common fallacy the devil likes to purport is that once you and I have fallen in a state of sin there is no opportunity for mercy and redemption. The parable of the Prodigal Son refutes the devil’s proposition because it demonstrates the infinite power of God’s mercy toward His children. As St. Luke tells us, the son freely chose to leave his household, squander his inheritance and seek an alternate life than the one provided by his father. Upon realizing what he had done the following happens:

But when he came to himself, he said; How many of my father’s hired servants have bread enough and to spare, but I perish here with hunger. I will arise and go to my father, and I will say to him, Father, I have sinned against heaven and before you. I am no longer worthy to be called your son, treat me as one of your hired servants. And he arose and came to his father. But while he was yet at a distance, his father saw him and had compassion and ran and embraced him and kissed him.[2]

The joy the father expressed that his son had been lost but is now found reminds us that there is joy over one sinner who repents.[3] St. Leo the Great reminds us to never forget that you have been rescued from the power of darkness and brought into the light of the Kingdom of God.[4]

St. Luke again reminds us that the merciful love of God Has no limits or conditions. Our spiritual commission to sin no more relies on a trustful desire to seek reconciliation with Jesus Christ. When we seek mercy and forgiveness, we acknowledge our past offenses against Jesus Christ.  In acknowledging our sinful state, we begin to understand the saving power of Jesus Christ and why he offered himself in death on a cross to save us from the evils of sin and death.

Mercy is the act of forgiving someone who has offended you with no expectation of mercy in return. Penance is a firm desire to renounce any act that prevents you from having an active and loving relationship with Jesus Christ. The act of penance enables us to seek a conversion that allows the spirit to be overturned in order to make it turn toward God.[5]  St. Jean Marie Vianney encourages us to perform our penance:

with reverence and with the sincere intention of giving up the sin. . . To perform it devoutly is to perform it with a strong confidence that God will forgive you your sins through the merits of Jesus Christ, who made satisfaction for us by His sufferings and His death on the cross.[6]

The devil has no time for mercy

The last petition of the Our Father is a call to protect us from the father of lies, the devil. Our dependence on God should take precedent over dependence on sinful acts or the devil’s encouragement to perform these acts against God’s love. The Catechism reminds us:

In this petition, evil is not an abstraction, but refers to a person, Satan, the Evil One, the angel who opposes God. The devil is the one who throws himself across God’s plan and his work of salvation accomplished in Christ. A murderer from the beginning a liar and the father of lies Satan is the deceiver of the whole world. Through him sin and death entered the world and by his definitive defeat all creation will be freed from the corruption of sin and death.[7]

The importance of the sacrament of penance

The prayer of absolution within the sacrament of penance is a powerful gift that provides healing, forgiveness, and mercy in the name of Jesus Christ. It strengthens the spiritual resolve of the penitent with a spiritual commission to sin no more after has begged for mercy, confessed his sin, expressed a contrite heart and finally receive absolution for his sins.

The great spiritual master Fr. Jacque Philippe provides us with a fitting conclusion:

Every Christian must be thoroughly convinced that his spiritual life can in no way be viewed as the quiet unfolding of an inconsequential life without any problems; rather it must be viewed as the scene of a constant and sometimes painful battle, which will not end until death — a struggle against evil, temptation and the sin that is in him.

We must at the same time affirm another truth […] It is that the Christian life is a combat, a war without mercy. Saint Paul, in a letter to the Ephesians, invites us to put on the armor of God to fight not against human enemies… but against the cosmic powers of this dark world and the spiritual forces of evil in the heavens (Ephesians 6:10-12) and he details all the pieces of armor that we must put on.

This combat is inevitable but is to be understood as an extremely positive reality, because, as St. Catherine of Siena says, “without war there is no peace”; without combat there is no victory. And this combat is, correctly viewed, the place of our purification, of our spiritual growth, where we learn to know ourselves in our weakness and to know God in His infinite mercy. This combat is the definitive place of our transfiguration and glorification.

There is an interesting yet profound requirement the people of Israel are told to follow written in the book of Deuteronomy. The last book... END_OF_DOCUMENT_TOKEN_TO_BE_REPLACED

The evangelist St. John the Baptist introduces us to the drama that affects every human being when he reminds both Jews and Gentiles to... END_OF_DOCUMENT_TOKEN_TO_BE_REPLACED

A consistent question I have been asked over the course of my ministry is how important is the use of one’s personal experience in... END_OF_DOCUMENT_TOKEN_TO_BE_REPLACED