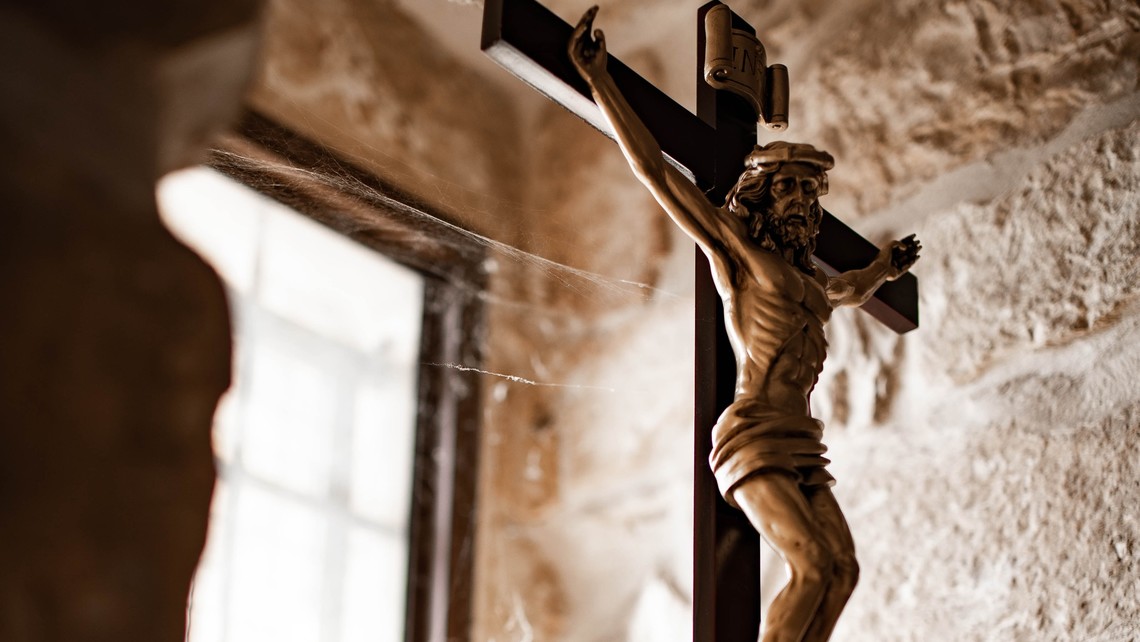 There is an important tenet that tends to bind a community together and that is the deliberate exercise of respect and dignity toward your fellow man. Intimately bound by these attributes of faith, it is reasonable for any human being to see an inherit value and worth of their fellow brother and sister in the name of Jesus Christ. St. John XXIII spoke of this value and worth emphasizing the importance of returning to a sense of dignity;

Let men maker all the technical progress and economic progress they can, there will be no peace nor justice in the world until they return to a sense of their dignity as creatures and sons of God, who is the first and final cause of all create beings.[1]

The light of human reason can be blurred and even extinguished if we, as a society refuse to acknowledge our own dignity as creatures of God. A residue of this type of mindset is the devaluation of human life and its association with God. Another way to understand this devaluation is the view of humanity as a commodity or utility to be used and fashioned as one deems. All this is to say why the doctrine of the Incarnation is so important toward our understanding as children of God due to the fact that the Word of God took on human form and the intention of the Incarnate logos was to resuscitate, nourish, instruct and affirm our identity with God the Father through the Son Jesus Christ.

This begs the question; why did Jesus appear? In most instances the answer to this question is attributed to the salvation of humanity through the remission of sin by way of Christ’s crucifixion. This singular event within the Paschal Mystery receives the most attention and rightly so because God gave His only begotten son to be offered as a sacrifice for the sins of humanity thus fulfilling the prophecy of the Old Testament. However, there is something more specific that answers the question, why did Jesus appear?

The Catechism of the Catholic Church provides us with significant doctrinal insight and rightly so as to why Jesus appeared. The reason the Son of God appeared was to destroy the works of devil.[2] We know and understand that Jesus identifies the devil as a murderer from the beginning[3] and that Christ’s intention was to renew man’s obedience to God. St. John alludes to this in his first letter where he urges the faithful to abide in God and commit acts of righteousness in His name.[4]

As the new Adam Jesus rebuffs the attacks from the devil and reveals his fidelity and authority as the Son of God. Christ fulfills and affirms his relationship with God where Adam had abandoned it. Christ’s faithfulness is a direct act of faith that serves as direct opposition to the devil’s act of denying the sovereignty of God. Where the devil refuse to serve God, Christ demonstrates servitude obedient to the will of the Father. This act of faith provides direct context on why Jesus appears in order to conquer the works of the devil and reestablish an active and ongoing relationship between God and his children.

The fruits of Jesus’ appearance

We owe a debt of gratitude to the Messiah, something we tend to ignore, for his selfless act of faith that ultimately leads to his death for the salvation of humanity. Christ the savior, redeemer and sanctifier appears in order to sympathize with our sinful humanity and provide us with nourishing milk in the form of the sacraments, the beatitudes, prayer and the foundation of the Church. Jesus appears to provide us with a foretaste of heaven revealed in the sacred sacrifice of the Mass. Ultimately, the coming of God’s kingdom means the defeat of Satan’s[5] which allows us to develop an intimate relationship with Christ and not be dominated by Satan’s empty works and promises. I take solace in the words of St. Paul providing clear context with Jesus’ appearance;

Indeed, I count everything as loss because of the surpassing worth of knowing Christ Jesus my Lord. For his sake I have suffered the loss of all things, and count them as refuse in order that I may gain Christ and be found in him, not having righteousness of my own, based on law, but that which is through faith in Christ, the righteousness from God that depends on faith; that I may know him and the power of his resurrection, and may share his sufferings, becoming like him in his death, that if possible I may attain the resurrection from the dead.[6]

There is an interesting yet profound requirement the people of Israel are told to follow written in the book of Deuteronomy. The last book... END_OF_DOCUMENT_TOKEN_TO_BE_REPLACED

The evangelist St. John the Baptist introduces us to the drama that affects every human being when he reminds both Jews and Gentiles to... END_OF_DOCUMENT_TOKEN_TO_BE_REPLACED

A consistent question I have been asked over the course of my ministry is how important is the use of one’s personal experience in... END_OF_DOCUMENT_TOKEN_TO_BE_REPLACED