What I taught my son about his masculine vocation 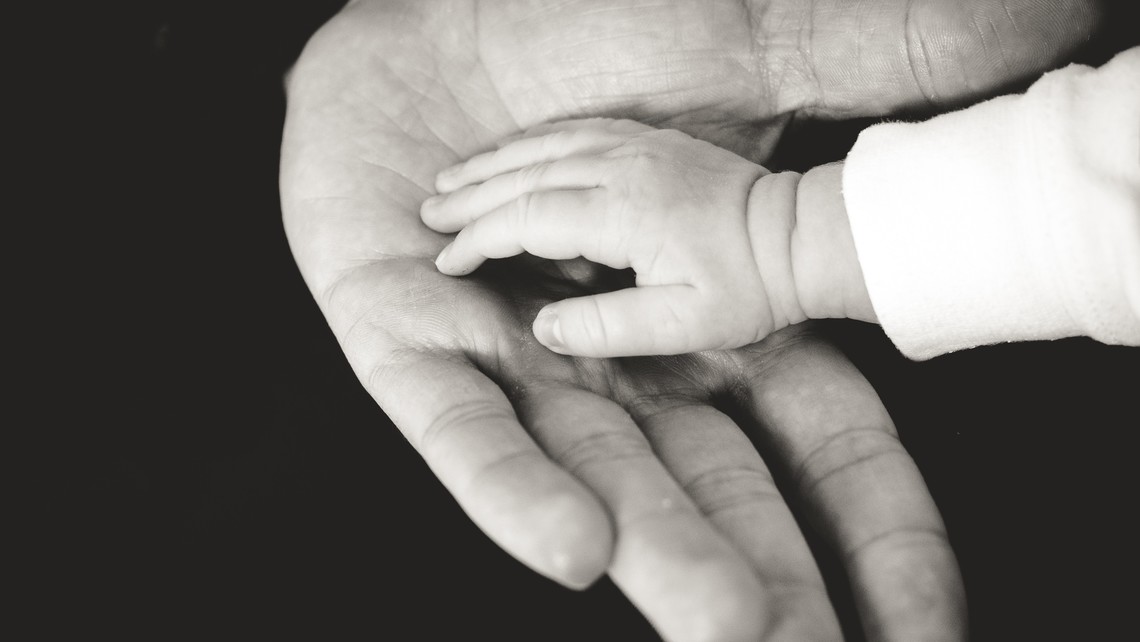 There is a genuine sense of truth, beauty and goodness when a parent witnesses the development of their own child especially their understanding and relationship with God. Inherent in this development is how our children will engage the world through a Catholic lens in effect fostering a genuine sense of Christian community wherever they may be.  A central characteristic of our Christian human development is that it possesses a creedal identity meaning our human nature is based on the love of God by nature of our creation and is also reflective of His only-begotten son Jesus Christ. This creedal character reflects a Trinitarian and Christ-centered imprint that we receive at baptism which initiates our Christian relationship with Christ and instills in us the ability to make a Profession of Faith in Christ and His Church.

So that we could enter into Trinitarian life, relationship with God and with others, God created us persons. In an act of faith, we enter eternal beatitude by freely choosing those relationships and by becoming fully conformed to Christ (Hebrews 11:6; CCC 357, 1703, 1730).

Unfortunately, our creedal character is often overlooked due to a proposed disordered societal desire of identifying a human being as a commodity rather than a gift from God. A negative consequence of this ideological position is a child’s identity is often placed on a social guillotine where the distinctive masculine traits of a boy and feminine traits of a girl are blurred and questioned even though the natural biology and character of a male and female are quite clear. What you potentially have here is a gradual disregard for authentic masculinity and femininity. Emeritus Pope Benedict XVI in his book In the Beginning describes the creation of man as coming from God’s good earth (pg. 43). This point is important because Benedict XVI emphasizes that our identity comes from God and thus we cannot close ourselves off from this gift.

If God gave men a masculine characteristic, then a proposed function of this gift is to embrace it as vocation. The visible fact that men were created to be male and thus exhibit masculine traits does not mean these traits should not be exercised or ignored within society.  Masculinity is not something we can discard or worse yet disregard simply because we do not see value in the person. It does not possess or give off a toxic residue that prevents someone from engaging the male species.

The beauty of the masculine vocation if properly ordered toward truth, beauty and goodness reflects a natural desire to protect, defend and care for the dignity of the human person. It affirms the basic understanding other than being hunters and gatherers, that a properly ordered masculine vocation echoes Christ by one’s baptismal identity. The Catechism of the Catholic Church describes that the first man was not only created good but was also established in friendship with his Creator and in harmony with himself and with the creation around him, in a state that would be surpassed only by the glory of the new creation in Christ (CCC 374). What the Catechism communicates is that to be male-masculine is to exercise one’s natural vocation as male. And this is a very important point where the gift of masculinity is an affirmation of man’s vocation as a man of God.

What I taught my son

From a very early age I would speak to my son about his identity not only as my son but as God’s son first and foremost. It was important that he recognize his masculinity as a natural vocation one that would allow him to exercise and mature his masculine traits to serve others before himself.

As my son began to understand the significance of his masculine vocation both physical and spiritual were distinct from his own sisters, it was important that his environment fostered the opportunity to his exercise his vocation. Something as simple as opening the door for a young lady, extending his hand to greet someone and making direct eye contact in a polite manner or serving someone in need without expecting something in return. Another important aspect is the exercise of his physical traits through various activities e.g. wrestling, weight lifting, basketball, hunting, fishing, learning how to perform maintenance on a car.

Some might argue that these examples are also perfectly suited for a young lady and in many respects, they are, however the distinction I propose is that the masculine vocation draws on a natural order to echo the Divine pedagogy of God who is both guide, consoler, healer and teacher. The Catechism speaks of this pedagogy in describing how God communicates himself gradually to man and prepares him to welcome in stages the supernatural Revelation that culminates in Jesus Christ (CCC 53). These specific traits are intimate in the role of men who are called to imitate God the Father in their roles as Fathers, sons and servants of the Gospel. These traits take on greater significance within the context of marriage and family and the way a husband treats and witnesses to his wife and children.

If any man would come after me, let him deny himself and take up his cross and follow me. For whoever would save his life will lose it. And who ever loses his life for my sake will find it. For what will it profit a man, if he gains the whole world and forfeits his life? For the Son of Man is to come with his angels in the glory of his Father, and then he will repay every man for what he has done. Truly, I say to you, there are some standing here who will not taste death before they see the Son of man coming in his kingdom.

There is an interesting yet profound requirement the people of Israel are told to follow written in the book of Deuteronomy. The last book... END_OF_DOCUMENT_TOKEN_TO_BE_REPLACED

The evangelist St. John the Baptist introduces us to the drama that affects every human being when he reminds both Jews and Gentiles to... END_OF_DOCUMENT_TOKEN_TO_BE_REPLACED

A consistent question I have been asked over the course of my ministry is how important is the use of one’s personal experience in... END_OF_DOCUMENT_TOKEN_TO_BE_REPLACED