Remember, do not ignore the dignity of your neighbor 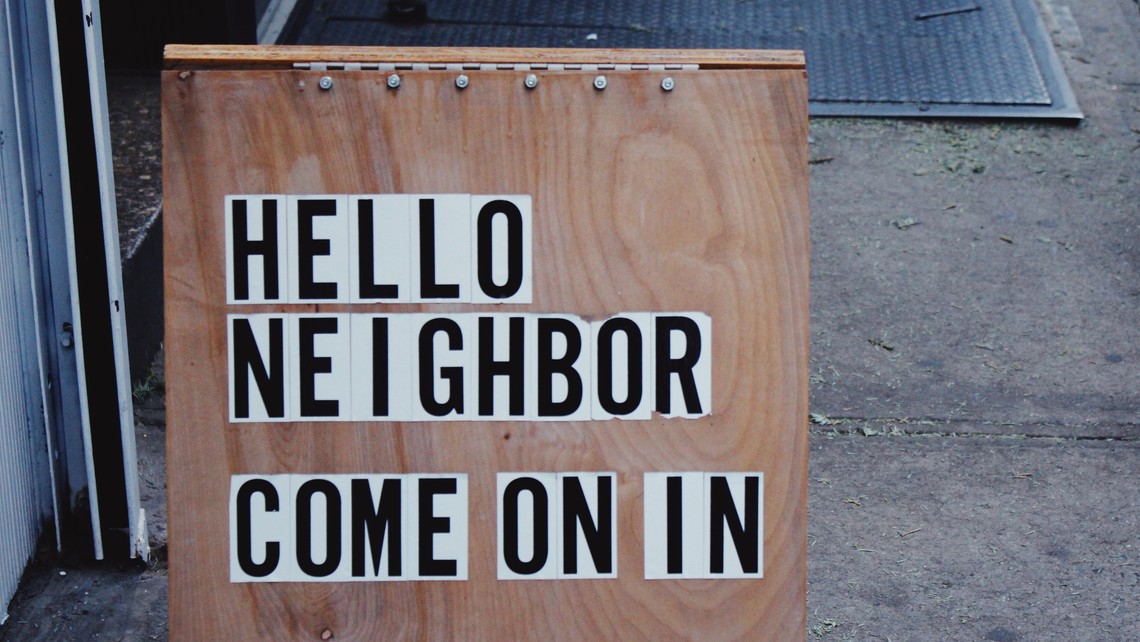 The last chapter of the letter to the Hebrews introduces a unique command; do not stop loving your brother (13:1). If one were to unpack the significance of this chapter and verse, the author of the letter to the Hebrews doubles-down and provides context to the act of love which includes acts of hospitality to the stranger and sojourner, prisoner, and the ill-treated. In these examples, the person who falls into this category is no different than you and I. The author chooses to convey this point because the rest of chapter 13 emphasizes the importance of aligning our acts of Evangelical Charity and mercy to the redemptive suffering of Jesus Christ who offered Himself for the sins of humanity by way of His Crucifixion.

When someone initiates a journey of discernment to serve others, it may not render an instantaneous reaction of; “yeah, let’s go help someone.” A journey of openness to Jesus Christ actually guides a person toward a desire to serve because it means that a change has occurred; “I think of others before myself.” When I was told that I needed to perform some work of Christian service as part of my Catholic high school graduation requirement, I did not jump for joy. Growing up on the border between Mexico and California, I had seen enough poverty over the years even amongst my own family members in Mexico that I had become numb to the experience. Hence, when I was tasked with performing Christian service, I chose something completely outside of my purview at the time-a nursing home.

My first day proved to be very significant because that’s when I met Lupita. Lupita had been a nursing home resident for quite some time. She always greeted everyone with a joyful smile even though you could tell she was in constant physical pain. Over a period of several months, I began to develop a relationship with Lupita which led to an invitation into her own world, a Catholic who prayed the rosary and exhibited a great devotion to Our Lady of Guadalupe.

The simplicity of her faith was very attractive and demonstrated the importance of treating your neighbor with dignity and respect. The fruit of our relationship compelled me to form a prayer group with many of the residence regardless of religious affiliation for the simple purpose of forming community and sharing the love of Christ with one another. In a sense, the community became a spiritual household and ultimately a family of Christian faith. Acts of Evangelical Charity differ from the common understanding of Christian service because as the letter to Hebrews remind us, we are called to love others first before ourselves (13:1).

The Catechism of the Catholic Church articulates that our works of charity are rooted in the corporal and spiritual works of mercy that direct their attention toward the dignity of the human person whether forgiving or bearing wrongs patiently or giving alms to the poor (CCC 2447). St. Luke affirms this important point where he describes Jesus’s rebuke of the Pharisees emphasis on ritual customs of cleansing before diner instead of primarily focusing on the spiritual cleansing of their soul (11:37-41).

Any act of Evangelical Charity would be disingenuous if its identity is not intimately centered in Jesus Christ and the law of love rooted in the Ten Commandments and the Beatitudes. As members of the body of Christ by nature of our baptism, we are provided with an opportunity to act in the name of Jesus Christ in Word and deed which serve as the seminal foundation of any act of Evangelical Charity. Again, the Catechism of the Catholic Church reminds us:

That the Law of the Gospel requires us to make the decisive choice between the “two ways” and to put into practice the words, of the Lord. It is summed up in the Golden Rule, “Whatever you wish that men would do to you, do so to them; this is the law and the prophets.” The entire law of the Gospel is contained in the “new commandment” of Jesus, to love one another as he has loved us (CCC 1970).

The relationship I had developed with Lupita was an encounter I never expected to happen. The gift of her friendship changed my perspective that we as members of the family of God are in constant need of His love. Thus, our acts of Evangelical Charity must be directed toward an unceasing love of our neighbor and his needs both corporal and spiritual.

On the last week of my nursing home rotation there was an ominous look on the faces of the staff as I walked in. When I turned toward Lupita’s room, I noticed that her name plate had been removed from the door and it had not struck me, or in a strange way I was already in denial about the inevitable, she had passed on to meet our Lord the night before. In his first letter, St. John provides us with a fitting closure:

By this we know that we abide in him and he in us, because he has given us of his own Spirit. And we have seen and testify that the Father has sent his Son as the Savior of the world.  Whoever confesses that Jesus is the Son of God, God abides in him, and he in God.  So, we know and believe the love God has for us. God is love, and he who abides in love abides in God, and God abides in him. In this is love perfected with us, that we may have confidence for the day of judgment, because as he is so are we in this world (1 Jn 4:13-17).

There is an interesting yet profound requirement the people of Israel are told to follow written in the book of Deuteronomy. The last book... END_OF_DOCUMENT_TOKEN_TO_BE_REPLACED

The evangelist St. John the Baptist introduces us to the drama that affects every human being when he reminds both Jews and Gentiles to... END_OF_DOCUMENT_TOKEN_TO_BE_REPLACED

A consistent question I have been asked over the course of my ministry is how important is the use of one’s personal experience in... END_OF_DOCUMENT_TOKEN_TO_BE_REPLACED