A relationship with Jesus Christ is never static, it is active and passive 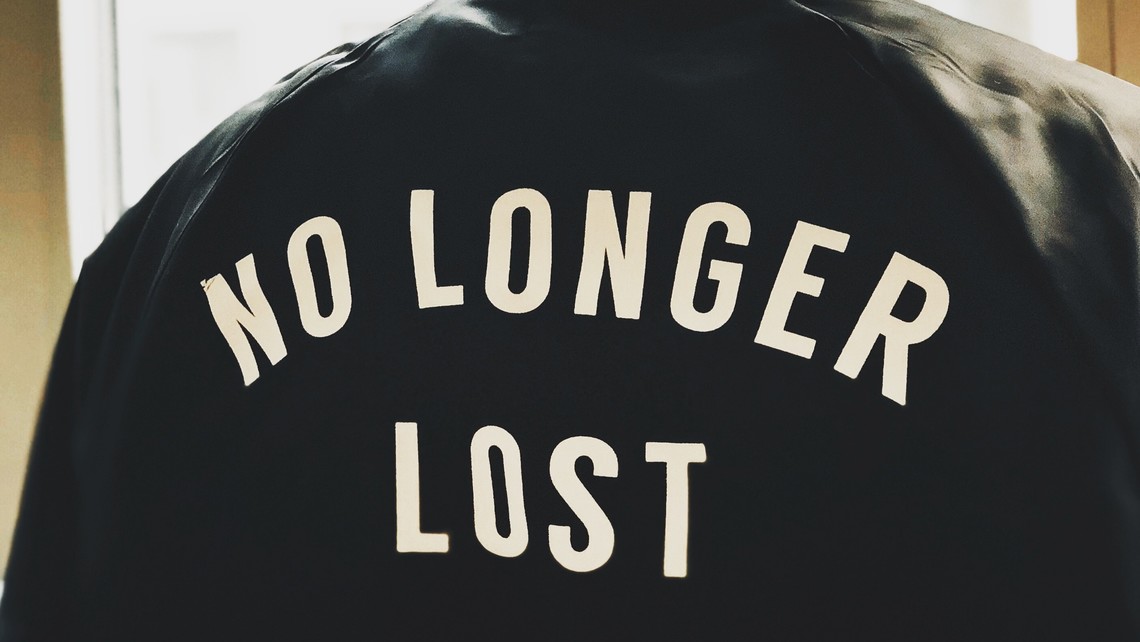 What happens when someone decides to believe in God?
June 7, 2021

What happens when a person decides to believe in God? How did the person in question arrive to such an important decision in his life? The significance of this proclamation of faith entails the person’s recognition that there is a One true God who is Father to all and is neither a theory or fabrication of the mind. Second, that developing a relationship with God is not outside the reasonable and logical capacity of any human being who freely choose to proclaim their belief in God. The free act of faith associated with a person’s profession of faith reveals a journey that had developed over a period of time that is both active and passive but still directed toward the desire for sanctity and truth.

The desire for God was what Michael was wondering when he approached me over twenty-five years ago asking the same question: what happens when a person decides to believe in God? When I met Michael, he had experienced the gamut of belief systems, Agnostic, Atheist, nondenominational, indifferent, and eventually he decided to be a none. Yes, he actually called himself a none and there were several individuals that I was journeying with who also identified as unaffiliated or none and this was before the term none became mainstream within ministerial and sociological circles.

Michael approached God with a sincere fear not knowing what would happen to him if he did decide to fully embrace a life with God. It wasn’t that the Catholic Church drew him to ask the question about belief in God, it was God through the invitation of many well-intentioned disciples inviting Him to listen. Michael told me when he finally decided to believe in God and asked God where he can begin to investigate his new found faith, he was directed to visit the Catholic Church and this is where he and I met. As we progressed in his journey it became evident over a period of several weeks that Michael was beyond the stage of curiosity and misplaced fear about God, instead a joyful desire to know God and develop a healthy and lasting relationship with God’s Son Jesus Christ became the prominent theme of his journey to Jesus Christ and the Church.

It is fitting that Michael’s joy eventually allowed him to rejoice when he came into full communion with the Catholic Church. As the archangel Gabriel began his conversation with the Blessed Mother Mary with the word rejoice to signify the beginning of Christianity and the beginning of the life of Christ on earth, hence Michael encountered the “Good News” of Jesus Christ with great joy.

When any person makes the free assent of the will to believe in God it also reveals a desire to live in a world with God and not away from Him. Hence, a level of trust and spiritual intimacy begins to develop between the individual and God. A visible display of respect is now offered to God and the Ten Commandments begin to make reasonable and moral sense. Ignorance is no longer the doctrine of choice for the child of God. St. Paul addresses this point of assent when he exhorts the Galatians that upon discovering God and choosing to believe in Him should dissuade them from ever returning to their pagan sinful ways.[1] The Catechism of the Catholic Church teaches that faith is first of all a personal adherence of man to God. At the same time, and inseparably, it is a free assent to the whole truth that God has revealed.[2] As an individual acknowledges God, God acknowledges His child for coming to Him, hence and active and passive journey to the Father.

Faith as an active and passive process

In my previous article on the Coherence of Fatherhood I referenced a particular section of Pope Benedict XVI’s (Cardinal Joseph Ratzinger’s) book on the Principles of Catholic Theology about what he describes as the active and passive process of conversion to Jesus Christ. I would like to reference this section again because it explicates a hermeneutic of conversion were the individual begins to discern and understand his relationship with Christ and that this journey is reciprocal from the stand point that as we communicate with Jesus Christ, Jesus is always in communication with us.

Knowing and believing in God is an active-passive process, not a philosophical structure, whether theoretical or practical; it is an act in which one is first touched by God and then responds in thought and deed but which one is, however, free to reject. It is only from this perspective that we can understand what it means to call God a Person or to speak of revelation: in our knowledge of God there occurs also and, indeed, first something from God’s side. God is not a resting object but the ground of our being, who establishes his own credentials, who makes his presence known at the very center of our being and who can, precisely for this reason, be ignored because we are so easily inclined to live far from the center of our being, far from ourselves. By revealing the passive element in our knowledge of God, we have also touched the roots of the two misunderstandings of which we spoke at the beginning. Both of them presume a knowledge in which the individual is himself active. They know man only as an active subject in the world and see the whole of reality as but a system if lifeless objects manipulated by man. It is precisely at this point, however, that faith offers a different perspective. Only here can we begin to understand what faith really is.[3]

The active and passive process described by Ratzinger finds its identity in the profession of faith “I believe.” When Michael began to ascend in his belief in Jesus Christ and the Church his assent of faith and thirst to know and understand the teachings of the Catholic Church began to mature at the same time. He came to the realization that Catholicism is not opposed to joy but quite the opposite. A side note; many individuals who passively leave the Church over time possess a self-held view that the Church does not want them to experience joy or happiness. This brings up a logical question; to what or whom is joy and happiness associated with? It is important to keep in mind that God forbid Adam and Eve to eat of the fruit of the tree in the middle of the garden, not everything in the garden.

Christian Evangelium and a desire for holiness

The proposition God offered Adam and Eve did not limit their ability to experience the joy of living in the presence of God nor the ability to rejoice in God’s love for them. As a person begins to develop an assent of faith toward God one that evolves into a hopeful and active relationship with Him, the active and passive transition throughout this journey is meant to lead toward an active relationship with His Son Jesus Christ. In his description of Christian evangelium Cardinal Ratzinger explains the foundation of this relationship as follows: God finds man so important that he himself has suffered for man.[4]

The events of the Paschal Mystery in particular Jesus’ life and death introduces the freedom and opportunity to embrace a call to holiness because it is in the Cross where a Christian disciple receives his authentic identity. The Cross is the very reason we have the joy of being a disciple of Jesus Christ and are able to rejoice in this gift because it reveals our call to holiness with Jesus Christ. St. Newman Scholar, Fr. Ian Ker strengthens this point even further where he describes the premise of St. Newman’s writings as a call to holiness. Fr. Ker explains that St. Newman exhorted his students and those who sought his counsel to have a genuine desire for holiness. The following excerpt provides us with a vivid insight into St. Newman’s insistence on this matter:

Let us strive to pray that the love of holiness may be created within our hearts; and then acts will follow, such as befit as and our circumstances, in due time, without our distressing ourselves to find what they should be. You need not attempt to draw any precise line between what is sinful and what is only allowable: look up to Christ, and deny yourselves everything, whatever its character, which you think He would have you relinquish. You need not calculate and measure, if you love much: you need not perplex yourselves with points of curiosity, if you have a heart to venture after Him. True, difficulties will sometimes arise, but they will be seldom. He bids you take up your cross;[5]

Put off the old man that belongs to your former manner of life and is corrupt through deceitful lusts, and be renewed in the spirit of your minds, and put on the new man, created after the likeness of God in true righteousness and holiness.

There is an interesting yet profound requirement the people of Israel are told to follow written in the book of Deuteronomy. The last book... END_OF_DOCUMENT_TOKEN_TO_BE_REPLACED

The evangelist St. John the Baptist introduces us to the drama that affects every human being when he reminds both Jews and Gentiles to... END_OF_DOCUMENT_TOKEN_TO_BE_REPLACED

A consistent question I have been asked over the course of my ministry is how important is the use of one’s personal experience in... END_OF_DOCUMENT_TOKEN_TO_BE_REPLACED