Our Easter journey compels us to walk away from our sins 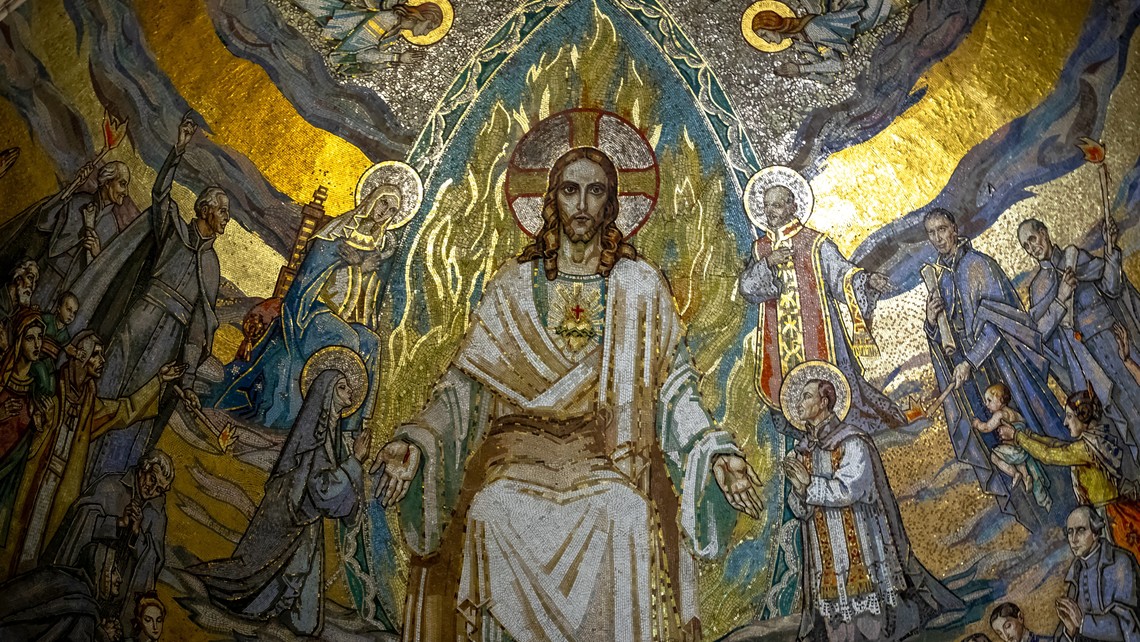 The great philosopher Joseph Pieper describes sin as a human doing an act of man and not a condition. It disturbs the ordering of the goal which is heaven.[1] Jesus’ entrance into Jerusalem affirms his rightful place as the King of Kings and Lord of Lords. It also reveals Christ’s ascent or preparation to Heaven and His authority over sin and death at His resurrection. When Sacred Scripture provides an image of Christ riding on a donkey the unique symbolism of this image is that Christ the King is coming and we should be prepared to receive the King by removing all acts of sin.

The eschatological significance of Christ’s entrance into Jerusalem is the banishment of sin and the destruction of the works of the devil opening a path to heaven. As the people of Jerusalem gathered around Christ and publicly proclaimed him King to the displeasure of the Pharisees, Christ affirms the proclamation echoed by the faithful. Even though this title is proclaimed under false pretenses due to the peoples misunderstanding of who Christ actually is, they fail to see why Christ has entered Jerusalem which the Gospel of St. Luke reveals in Christ weeping for His children[2].

The Act of Suffering

The journey toward the development of an active relationship with Christ is difficult to comprehend without an understanding of the act of suffering. The act of suffering I refer to is the redemptive suffering or the sacrificial act of Christ dying on the Cross to set us free from the slavery of sin. Our redemption from sin is achieved through the singular act of Christ dying on the cross. The road to Emmaus provides context to this important act of suffering where Christ admonishes his two traveling companions how they could know and understand that it was necessary that He should suffer these things and enter into his glory.[3] After Christ reveals himself to the Apostles during the celebration of the Holy Eucharist, he reaffirms that his suffering and death was not in vain:

Thus, is it written, that the Christ should suffer and on the third day rise from the dead, and that repentance and forgiveness of sins should be preached in his name to all nations beginning from Jerusalem. You are witnesses to these things. And behold, I send the promise of my Father upon you; but stay in the city, until you are clothed with power from on high.[4]

The Apostles Creed places significant emphasis on Christ’s suffrage with the following words; “who suffered under Pontius, Pilate, was crucified, died, and was buried.” The Catechism of the Catholic Church teaches us that Jesus’ violent death was not the result of chance in an unfortunate coincidence of circumstances, but is part of the mystery of God’s plan.[5]

From the first moment of his Incarnation the Son embraces the Father’s plan of divine salvation in his redemptive mission: My food is to do the will of him who sent me, and to accomplish his work.[6]

The Act of Sin

The act of sin is man’s response to himself instead of God. Whether a sin is described as an offense against, reason, or truth the commonality of any sinful act is the disruption of truth, beauty, and goodness. The nature of any sinful act places man against God which is precisely why Christ came, to reestablish man’s relationship with God through his act of suffering. The Passion of Christ signifies Christ’s mercy and dominion over sin.

Man may freely choose to commit an act of sin with full knowledge and intention, but it does not diminish the redemptive act of Christ in death. An act of sin ascents toward an inordinate desire to satisfy one’s self over offering one’s self to God. Contempt toward God develops by someone who does want his acts of sin interrupted. Pieper in referencing St. Thomas Aquinas describes sin as a disordered act, but not just sin. The claim is that the soul, too, falls into disorder because of sin: sin consists in the fact that the soul has lost its order.[7]

Our Easter Journey away from sin

The direct cause of Easter is the Risen Christ. Christ’s resurrection destroys the calamity and evil of sin and thus establishes a path to Heaven for the people of God. The resurrection is both an object of faith because it is Christ risen, and an act of faith because we believe in a transcendent God who loves his children so intimately that He offered his Son to provide an opportunity for a divine life in heaven.

Sin disrupts our path to heaven. It is an act determined to prioritize a love self over God. We are reminded that our journey away from sin begins at baptism this is why the renewal of our baptismal promise’s places great emphasis on the rejection of the devil and everything associated with him. The devil’s aim is to disrupt and then remove any opportunity to lovingly and willingly engage Christ.

If Lent is a time to become aware of the destructive nature of sin and why Christ offered himself in death for our own salvation, Easter then is a time to walk away from the acts of sin and proclaim the life of Christ through his death and resurrection. A simple way to help anyone stay the course away from sin is through the daily recitation and meditation of the Act of Contrition:

O my God, I am heartily sorry for having offended you. And I detest all my sins because I dread the loss of heaven and the pains of hell. But most of all because they offend you my Lord who are all good and deserving of all my love. I firmly resolve with the help of your grace to sin no more and avoid the near occasion of sin.

There is an interesting yet profound requirement the people of Israel are told to follow written in the book of Deuteronomy. The last book... END_OF_DOCUMENT_TOKEN_TO_BE_REPLACED

The evangelist St. John the Baptist introduces us to the drama that affects every human being when he reminds both Jews and Gentiles to... END_OF_DOCUMENT_TOKEN_TO_BE_REPLACED

A consistent question I have been asked over the course of my ministry is how important is the use of one’s personal experience in... END_OF_DOCUMENT_TOKEN_TO_BE_REPLACED