A Message to my Seminarian Son; Part Two 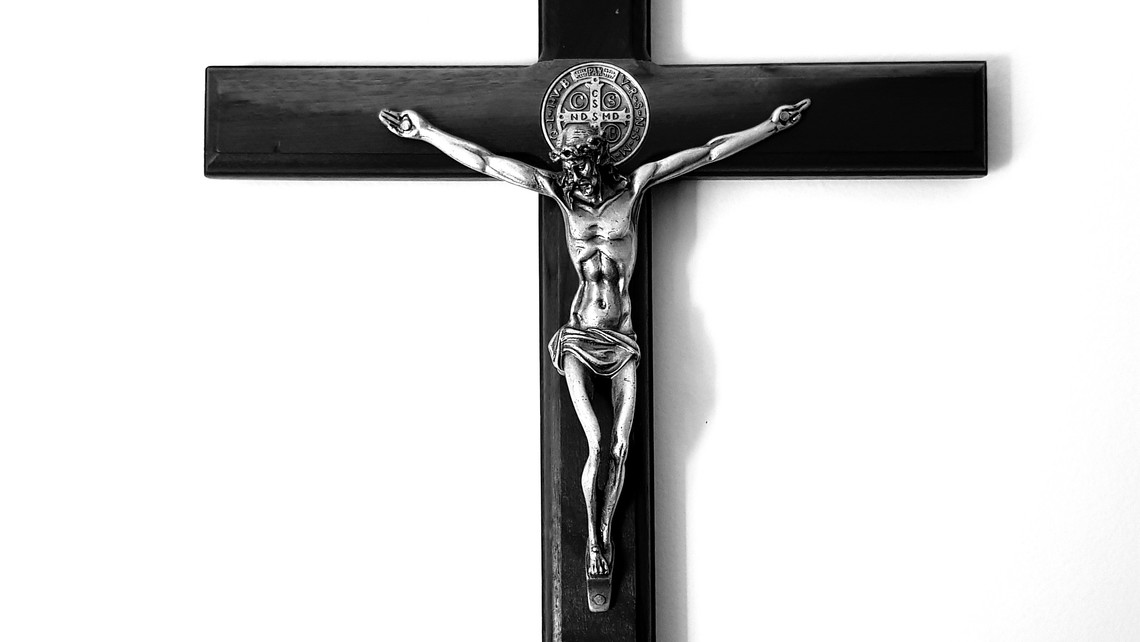 When placed in a position to make an educated decision, whether moral or otherwise there is a common denominator involved, the act of free will. If a person placed in a situation such as this appears to have full knowledge of his faculties when a decision is required, then it is reasonable to suggest that the persons decision will be carried out. You would hope that the person received adequate guidance both spiritually, morally and doctrinally in this case. It would make sense that a properly formed moral decision is predicated on a Trinitarian-Christocentric foundation where all matters of faith are not only directed toward Christ but lived in Christ.

Two years ago, I wrote about my son entering seminary and spoke about the journey he was about to embark, one that would both spiritually, morally and doctrinally challenge him in ways that he had not experienced before. One of the main salient points of my initial article was the importance to be a humble imitator of Christ as the means to answer the call to the Priesthood:

One who answers the call to Priesthood desires a Trinitarian life with our Lord.[1] This involves an engagement in and with the Father, Son and Holy Spirit as the central means of being united with Christ.[2] This unity allows a young man to be conformed to Christ and seek His Kingdom. And through this conformation understand the importance of self-renunciation by embracing the cross of Christ[3] and fostering a genuine holiness in suffering with Christ that brings an everlasting joy.[4]

It is surreal to read the words of St. Paul or the richness of doctrinal teaching found in the Catechism of the Catholic Church echo the necessity of an active Trinitarian-Christocentric life as the means to answer a call to the Priesthood. The term ordinatio for example means an integration or a consecration an investiture by Christ Himself onto the man who seeks Holy Orders. And, if this is indeed the case, then we encounter a distinctive journey of faith, one hopefully built on trust, fidelity and joy in demonstrating the gift of the Priesthood.

When a man commits toward discernment of the Priesthood, one of the first spiritual attacks he will encounter and confront as a seminarian is the reality of in persona Christi because it is the very identity the Devil does not want the seminarian to receive-the order and identity of Christ Himself. My son has had to experience this and, in many ways, confront this specific sinister form of spiritual warfare against his vocation for the obvious reason that anyone discerning the Priesthood is a threat to the antichrist. In describing his role as a priest, Hans Urs Von Balthasar wrote the following:

The only question that the Church should ask herself is the following: How should I look so that humanity can see the true Christ through me? Nobody will ever convert to Christ because of a Magisterium, sacraments, a clergy, canon law, apostolic nunciatures or a gigantic ecclesiastical machinery. Conversion will occur when a person encounters a Catholic who communicates the Christian message with his life and thus testifies that there exists not a but the believable imitation of Christi within the Catholic sphere.[5]

Von Balthasar’s point was that the Magisterium, the sacraments and especially the role of the clergy is meaningless if it is not bound to the Trinity and lived intimately in Christ. Unfortunately, these charisms have been something my son has had to defend, affirm and clarify the moment he began his priestly discernment. St. Peter echoes the importance of a Christ-centered Priesthood and offers solace to not only my son but all seminarians with the following words:

Come to him, to the living stone, rejected by men but in God’s sight chosen and precious; and like living stones be yourselves built into a spiritual house, to be a holy priesthood, to offer spiritual sacrifices acceptable to God through Jesus Christ.[6]

The Essential task of Seminary formation

From a father’s perspective the news of the last several days about the McCarrick Report which I did read in its entirety has left me with several uncomfortable questions that in one sense are rhetorical and in another truthfully seeking answers. Are Seminarians being properly formed, taught and challenged, spiritually, morally and doctrinally to engage a battle that awaits them? Are they fodder for Bishops to do as the Bishop demands in the case of McCarrick? Are Seminarians being discouraged from exhibiting their natural masculine traits in favor of effeminate pacifist preferences?

I ask these questions first as a Father concerned for the well-being of his own seminarian son and second as a Theologian concerned for the well-being of the Church of Jesus Christ. How so many people supposedly knew or heard about McCarrick’s behaviors and did nothing is something those involved will have to answer to God. In contrast Cardinal Ratzinger as Prefect for the Congregation of the Doctrine of the Faith describes the role of the Seminary as follows:

the essential task of the seminary is to offer a space wherein this spiritual building-up can take place over and over again. Its task is to be a place for meeting Jesus Christ, an encounter that so unites men with him that they can become his voice in the present for others and for the world today.[7]

If Cardinal Ratzinger’s words are true, then all Ecclesiastical Authorities in charge of seminary formation should echo and execute the premise of authentic seminary formation to assure that the actions of a former priest like McCarrick do not ever happen again.

A Father’s message to his son

So, what is the message I leave for my son? To my son, keep Christ intimately close to your heart. Engage the world through your Catholic lens and know that your journey toward in persona Christi will involve an engagement in spiritual warfare, one where Christ will never leave your side. The development of your spiritual genealogy as a seminarian is intended to prepare you if it is the Lord’s will to take on the heart and mind of Christ in all things which will require the exercise of great prudence and perseverance.

I leave you with these lasting words from Pope Emeritus Benedict XVI in his role as Prefect for the Congregation for the Doctrine of the Faith:

To be able to accept and endure suffering is one of the basic requirements for human happiness; when this is not learned, life is bound to fail. Being provoked with everyone and everything does dries up the soil of the soul, so to speak, and makes it a wasteland.[8]

There is an interesting yet profound requirement the people of Israel are told to follow written in the book of Deuteronomy. The last book... END_OF_DOCUMENT_TOKEN_TO_BE_REPLACED

The evangelist St. John the Baptist introduces us to the drama that affects every human being when he reminds both Jews and Gentiles to... END_OF_DOCUMENT_TOKEN_TO_BE_REPLACED

A consistent question I have been asked over the course of my ministry is how important is the use of one’s personal experience in... END_OF_DOCUMENT_TOKEN_TO_BE_REPLACED