Jesus was not a pacifist 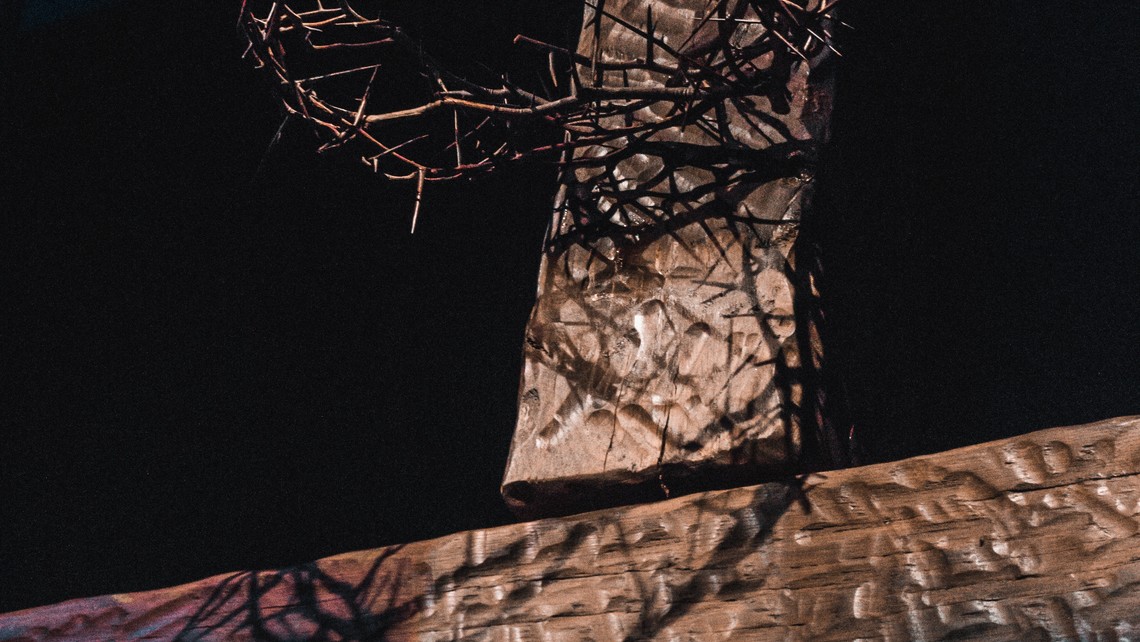 The gentleman in the audience gave me an incredulous look as if he had just heard blasphemy. What drew his ire was the explanation that Jesus Christ did not come to embrace sin but to destroy it at its very core through His death and resurrection. Due to his position that Christ came to establish peace and seek the lost he was still not convinced. I asked him if it is possible to perform the works of mercy without giving proper attribution to the Law of God-Ten Commandments. He said yes because he viewed the works of mercy as standing on their own merit without any association to the Law of God.

As the cordial conversation went back and forth the gentleman in question finally blurted out: “but Jesus was a pacifist.” As the audience waited for my response, I asked, if Jesus’s death represented the act of a pacifist? He stared in silence. The Catechism of the Catholic Church answers this question quite definitively:

Jesus violent death was not a result of chance in an unfortunate coincidence of circumstances, but as part of the mystery of God’s plan . . . Christ’s death is both the Paschal sacrifice that accomplishes the definitive redemption of men, through the Lamb of God who came to take the sins of the world and the sacrifice of the New Covenant, which restores man to communion with God by reconciling him to God through the blood of the covenant, which was poured out for many for the forgiveness of sins.[1]

The Catechism makes a definitive doctrinal claim that the sacrifice of Christ is unique because it completes and surpasses all other sacrifices due to the offertory gift from God the Father to sinners so we may be reconciled with God.[2] This offering also reflects the Son of God made man[3] which is very important because it summarizes Jesus freely and lovingly offering himself in death to destroy sin and death once and for all. Jesus” death does not appear to be the act of a pacifist.

The gift of the Law

Something often forgotten about the Ten Commandments is that their identity is from God, He created the Law of love to serve as our spiritual and moral custodian and foster assurance that our first act of love as God’s children would be directed to Him first and then imitated and projected toward our neighbor. Hence, when Christ came, He specifically referenced the Law’s completion through Him. The spiritual and corporal works of mercy reflect the custodial nature of the law before Christ and the fulfillment of the law afterward because the cause and effect of these works is to aid our fellow man in need in the name of Jesus Christ who is the Law of love.

St. Paul in his letter to the Galatians describes the purpose of the law as an opportunity to put on Christ:

Why then the law? It was added because of transgressions, till the offspring should come to whom the promise had been made; and it was ordained by angels through an intermediary.  Now an intermediary implies more than one; but God is one. Is the law then against the promises of God? Certainly not; for if a law had been given which could make alive, then righteousness would indeed be by the law. But the Scripture consigned all things to sin, that what was promised to faith in Jesus Christ might be given to those who believe. Now before faith came, we were confined under the law, kept under restraint until faith should be revealed. So that the law was our custodian until Christ came, that we might be justified by faith. But now that faith has come, we are no longer under a custodian; for in Christ Jesus, you are all sons of God, through faith. For as many of you as were baptized into Christ have put on Christ. There is neither Jew nor Greek, there is neither slave nor free, there is neither male nor female; for you are all one in Christ Jesus. And if you are Christ’s, then you are Abraham’s offspring, heirs according to promise.[4]

Jesus is not a pacifist

As adamant as the gentleman was in identifying Jesus Christ as a pacifist, I am not aware of such a description of the Son of God Jesus Christ expressed or implied in Sacred Scripture. On the contrary, Jesus is identified as the Word became flesh,[5] Master,[6] Lord[7], Son of God,[8] Teacher-Rabbi.[9] These descriptions have one intention in common, to clearly identify Jesus Christ as God. Jesus did scandalize those who sought to discredit and eventually kill him by eating with sinners, calling himself the bread that came down from Heaven and worst of all that He and the Father are one.

Really humble people are never scandalized. They know their own weaknesses too well; they know that they themselves are so close to the edge of the precipice and they are so afraid of falling over that they are not at all astonished to see others do so . . . We have no reason to despise anyone. A humble man sees his own faults. It is a sign of the little virtue to notice the imperfections of others. A person may be imperfect today who in a little while, recognizing this, may rise to great sanctity.

There is an interesting yet profound requirement the people of Israel are told to follow written in the book of Deuteronomy. The last book... END_OF_DOCUMENT_TOKEN_TO_BE_REPLACED

The evangelist St. John the Baptist introduces us to the drama that affects every human being when he reminds both Jews and Gentiles to... END_OF_DOCUMENT_TOKEN_TO_BE_REPLACED

A consistent question I have been asked over the course of my ministry is how important is the use of one’s personal experience in... END_OF_DOCUMENT_TOKEN_TO_BE_REPLACED