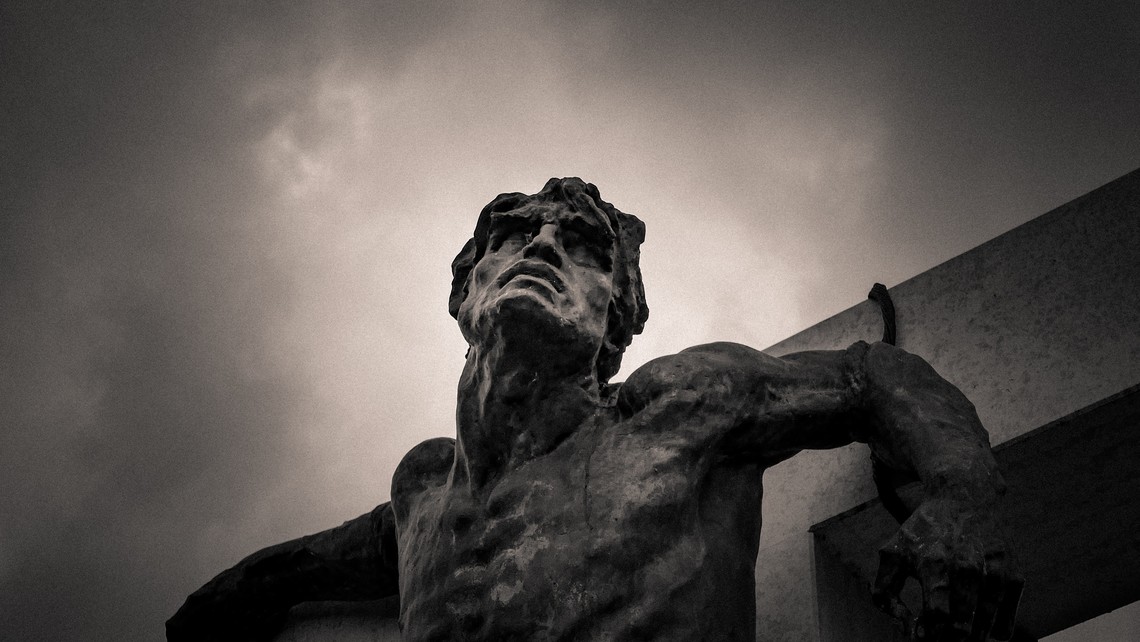 When I first encountered Michael, he was very well spoken and had a natural gift for asking questions which fed his natural curiosity about the general concept of religion. His life consisted of various religious denominational practices from the new age movement, Hinduism, Buddhism, Gnosticism and eventually Atheism. Throughout his quest for spiritual assurance and truth he never gave organized Christianity a thought. The reason; it was as one might expect too organized and structured for his liking, he explained further; “How can God love me through rules (law) and creeds (doctrine)? How can these things bring me to God?”

Michael’s limited understanding of God’s way of speaking to His own children was interpreted as a coordinated set of dictates and doctrines that if followed provide assurance that one will gain favor with God and thus be saved. Though Michael’s acute view and knowledge of organized religion was understandably limited, there was one specific area that he spiritually yearned to discover, an assurance that God will care for him.

St. Paul describes God as the Father of mercies and the One who comforts our afflictions.[1] He expands his view of God through Jesus Christ as the one whom we are called to embrace in suffering but also in comfort. Even further, St. Paul makes a most dramatic statement that we share abundantly in Christ’s sufferings, but that we also share in His comfort. He elaborates further:

When Michael began to meet with me on a regular basis the concept of suffering was so foreign to him, the thought of a divine being calling us to suffer in joy was an anathema. As he began to engage the perennial question of who is God and how does a person begin to understand Him, he asked me: “is the study of God and the religion attributed to God about the eternal and not necessarily the rules or laws attributed to Him?” I answered, yes. He immediately asked; “how?” My response: “God never waver’s in revealing His love for His Children.”

Jesus Christ: The fulfillment of the Law

Michael’s faith development came down to the following questions: Does belief in God require me to accept everything He has revealed? Are these rules and laws part of His plan for me? These questions are very important for anyone at any stage of faith development. Whether you are born and raised in the Catholic faith, left the Catholic faith and came back or were initiated into the Catholic faith by way of another denomination, no-denomination or simply no form of religious affiliation or practice what so ever, the crux of Michael’s journey was simply; if God is love, and if his love involves these certain laws, rules, and doctrines, then show me how He loves us through them. All men are called to the same end: God Himself.[3] The significance of this instruction from the Catechism of the Catholic Church is that mankind owes its identity to God who is creator of all. The fact that we can know God through natural reason reveals an inseparable relationship that exists between God the Father, God the Son, and God the Holy Spirit with man.

St. John’s description of the origin of Jesus Christ in the prologue of his Gospel affirms the identity of God through the Son-the Logos, the Word made flesh. The beginning of the Christian experience involves a willing and trustful embrace of the Incarnate Word Jesus Christ. God steps into our midst through His Son. The development of a trustful movement toward an embrace of the existence of God not as the arbiter of rules, regulations or dictates but as the Father of Mercy who freely offers His Son for the sins of humanity and ultimately our salvation initiates a path toward an active relationship with God through the Son.

Embrace the Cross of Christ

The desire to embrace his Father’s plan of redeeming love inspired Jesus’ whole life., for his redemptive passions was the very reason for his Incarnation.[4] Jesus is the Lamb of God who takes away the sins of the world.[5] When St. John the Baptist publicly identifies Jesus as the Lamb of God, he reveals that Jesus is at the same time the suffering Servant who silently allows himself to be led to the slaughter and who bears the sin of the multitudes.[6]

When Michael began to understand the relationship between God the Father and God the Son, he experienced for the first time “a father’s love for his children.” The thought that God would sacrifice His only-begotten Son to save him from his own sins was in Michael’s own words; “a remarkable act of love I never experienced anywhere else.”

It is love to the end that confers on Christ’s sacrifice its value as redemption and reparation, as atonement and satisfaction. He knew and loved us all when he offered his life. No man, not even the holiest, was ever able to take on himself the sins of all men and offer himself as a sacrifice for all.[7]

The Dogma of God’s love for mankind I argue serves as the cornerstone for every defined and pronounced Dogma of the Catholic Church and initiates the transmission of Catholic doctrine as revealed through the Incarnate Word Jesus Christ. The development of rules, doctrines, and creeds owe their identity to the single act of Jesus’s death on the cross. These Divinely revealed and instituted gifts of grace express a love that is never ending because their purpose is to care for the soul of man so that he can freely journey toward his earthly end with God and begin anew in eternal paradise.

As Michael embraced Jesus Christ as his Lord, Savior, and King, he turned around and looked at me with a joy that I still remember to this day and whispered in my ear right before he was about to receive Jesus Christ in the Holy Eucharist for the very first time; “I finally know He loves me.”

There is an interesting yet profound requirement the people of Israel are told to follow written in the book of Deuteronomy. The last book... END_OF_DOCUMENT_TOKEN_TO_BE_REPLACED

The evangelist St. John the Baptist introduces us to the drama that affects every human being when he reminds both Jews and Gentiles to... END_OF_DOCUMENT_TOKEN_TO_BE_REPLACED

A consistent question I have been asked over the course of my ministry is how important is the use of one’s personal experience in... END_OF_DOCUMENT_TOKEN_TO_BE_REPLACED