How does one develop a proper sense of Reverence? 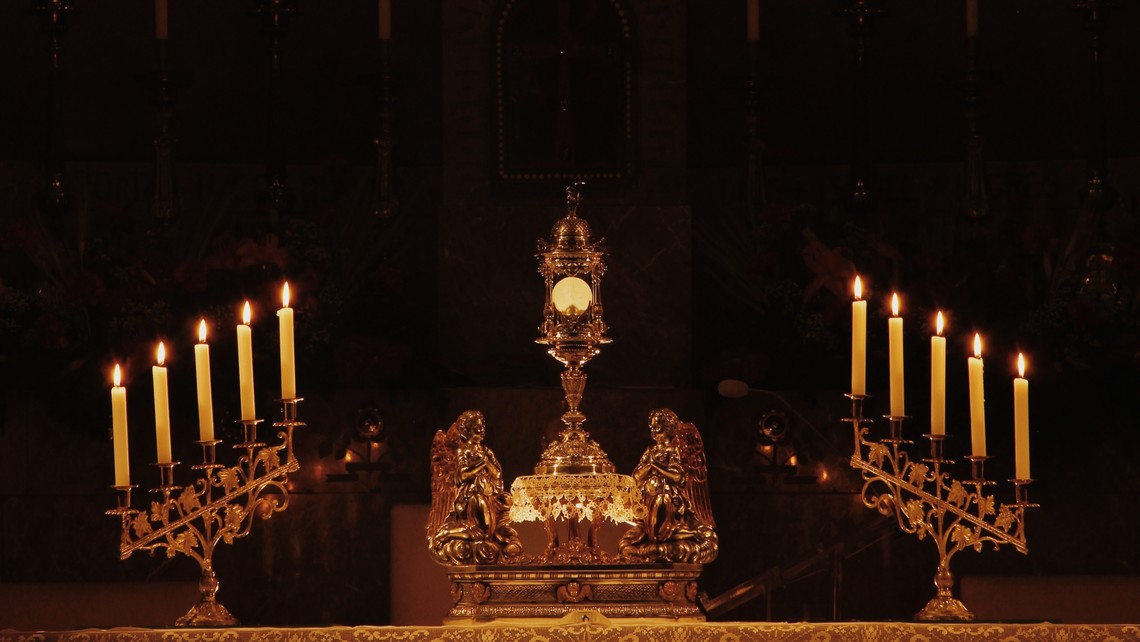 Respecting the Dignity of the Human Person
December 4, 2019

G.K. Chesterton in his work the Everlasting Man describes the story of Christ as a journey, in the manner of a military march; certainly, in the manner of the quest of a hero moving to his achievement or his doom. It is a story that begins in the paradise of Galilee, a pastoral and peaceful land having really some hint of Eden, and gradually climbs the rising country into the mountains that are nearer to the storm-clouds and the stars, as to a Mountain of Purgatory.[1]

Chesterton follows this description by reminding his reader that throughout the various places, people and situations Christ encounters, His face is set toward the mountain city[2] meaning Christ never loses sight of the premise and eventual result of His journey. In other words, Christ provides us with an example of unwavering sacrificial love that He knows will lead to His impending crucifixion. The simplicity of this story I dare say presents the measure of a Father’s will to save His children even to the point of the sacrificial offering of His only-begotten Son. There is a distinctive universality coupled with a sense of simplicity that bellows from God’s sacrificial act who is Reverence par-excellence. God never creates without a sense of reverence due to the distinctive reverential character of what He has created. Because the created order is composed of spirit and matter both are not mutually exclusive but intertwined and radiate a reverential beauty reflective of the Father’s love for His children. In short, He respects and loves His own children.

What do we mean by Reverence?

The term reverence is traditionally attributed to an act or behavior affirming something perceived as divine and holy. Reverence is a virtue that directs honor and respect toward another person. In effect it’s acknowledging the dignity of another person e.g. recognizing the person as a gift from God. The nature of reverence stems from our own Christian anthropology that consists of an identity that comes from God further strengthened in the name of Christ by way of the sacrament of baptism. Reverence expresses a call to recognize God in awe and wonder as evident in the book of Leviticus where we discover God’s directive toward Israel to exercise moral holiness by keeping the sabbath and exercise reverence toward God’s sanctuary.[3]

Israel’s reminder to specifically adhere and obey the first three Commandments demonstrates the significance of the act of reverence that enables Israel to recognize God and understand His saving power. Again, we see in Leviticus, God’s specific command not to worship false and graven images, keep the Holy Sabbath and exercise reverence toward His sanctuary.[4] These three natural moral directives profess a sense of awe and respect toward God and in turn reflects our own dignity as created beings in God’s image and likeness. With respect to the covenant of marriage St. Paul in his letter to the Ephesians[5] makes a specific claim to exercise the virtue of reverence within the marital covenantal union between husband and wife. This is significant due to St. Paul’s description of marriage as a gift of reverence.

How does one develop a sense of Reverence?

One of the distinctive claims-reasons the Church makes about the Incarnation i.e. the Word of God made flesh through the only-begotten son Jesus Christ is the opportunity to become partakers of the Divine nature.[6] Our capacity to know, understand and actually believe in God revolves around our ability to recognize and affirm that our identity and existence is attributed to God.

The act of acknowledgement serves as an important character and catalyst in exercising the virtue of reverence because it provides the first step in recognizing the worth of another person. With respect to parents one conveys proper respect to those who have served to care and nurture you into both physical and spiritual maturity. Affirming the rights and duties of parents as the primary educators of the family is a sign of reverence. As I stated earlier with respect to the sacrament of baptism, the moment we are baptized we become partakers of the Divine nature which means we are called to serve as witnesses of the Gospel especially in the active transmission of the Creed.

Part of our spiritual progress as Christians involves a progressive journey to continually exercise an active and intimate relationship with Jesus Christ that is rooted in the Gospel and the Creed. In other words, developing a proper sense of reverence means a willingness to proclaim Jesus Christ Crucified and share the message of the Gospel (Kerygma) and the fruits of the Gospel found in the Creed of Jesus Christ.

Three practical areas one can apply in developing a proper sense of reverence is through prayer-especially to the Father in Heaven, acts of mortification (fasting, abstaining, denial of goods,) and acts of charity (spiritual and corporal works of mercy). The Catechism[7] references these acts as part of our spiritual progress or the nourishment of our soul.

St. Paul in his letter to the Philippians[8] provides us with a fitting example of how to exercise the virtue of reverence by way of exercising a willingness to lose everything for the sake of Christ. For his sake I have suffered the loss of all things and count them as refuse, in order that I may gain Christ and be found in him . . .[9]

There is an interesting yet profound requirement the people of Israel are told to follow written in the book of Deuteronomy. The last book... END_OF_DOCUMENT_TOKEN_TO_BE_REPLACED

The evangelist St. John the Baptist introduces us to the drama that affects every human being when he reminds both Jews and Gentiles to... END_OF_DOCUMENT_TOKEN_TO_BE_REPLACED

A consistent question I have been asked over the course of my ministry is how important is the use of one’s personal experience in... END_OF_DOCUMENT_TOKEN_TO_BE_REPLACED