How does the body complement the soul? 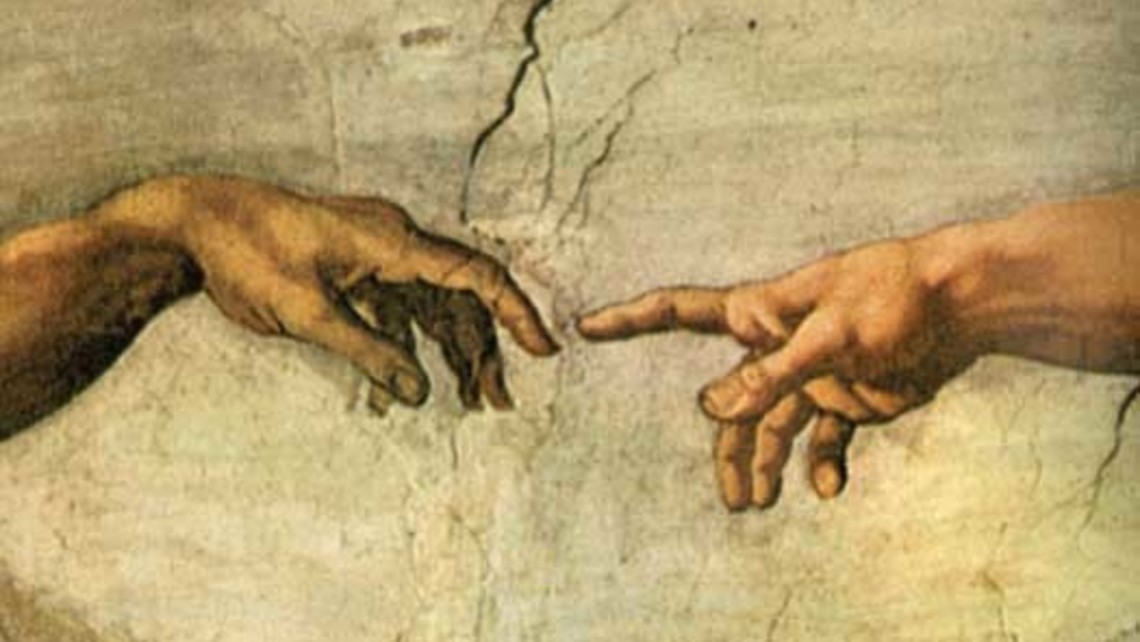 A distinctive feature of the human body is the complementarity between body and soul. This visible reality should come as no surprise if one affirms that God’s intention was to create man and woman in this manner out of love. An issue arises when one attempts to disassociate body and soul as adversarial which reflects a rejection of the love of God and His Commandments.

An attribute of man and woman is that both are created for communion, first with God and then with each other as affirmed through the sacrament of Holy Matrimony. Another important attribute is the capacity to love demonstrated through a reasoned acknowledgement that God created us male or female, but also the ability to act out this love sacrificially in service to one another without the expectation of anything in return. This last point is truly poignant because it signifies the freedom and openness to selflessly serve someone before oneself.

Interestingly, this sacrificial narrative is expressed in the Gospel for the fifth week of Lent where a group of inquisitive Greeks ask the Apostle Phillip to see Jesus. The genesis of their request was out of wonder and curiosity on how someone could arouse such excitement upon entering Jerusalem. Jesus addresses this small group of Greek believers by way of a proclamation that His time had arrived to offer himself for the sake of the sins of humanity and thus be glorified in heaven. He then instructs these believers and those around Him to prepare for this monumental event by removing their old self and embracing Him who is ‘the way.’[1] Jesus’ way is a call to sacrifice for one another out of love.

The body and soul complement

How does this particular Gospel passage relate to the relationship between the body and soul complement of man? Man was created by God first to receive and freely participate in His loving goodness. Prior to the fall, man did not experience any shame or confusion of his identity with God or the relationship that exists between the body and the soul. Man knew he came from God. The execution of the first sin by Adam and Eve initiated an act of rebellion aimed at fracturing the ability to have a loving communal relationship with God. As much as the ability to love God was fractured, both Adam and Eve rejected the beauty that God had bestowed on them both spiritually and physically. The Catechism of the Catholic Church sheds light on this point in the following way:

Everyone, man, and woman, should acknowledge and accept his sexual identity. Physical, moral, and spiritual differences and complementarity are oriented toward the goods of marriage and the flourishing of the family. The harmony of the couple and of society depends in part on the way which the complementarity, needs and mutual support between the sexes is lived out.[2]

Rejection of male and female dignity

If the intention of God is to complement both man and woman by virtue of their masculine and feminine dignity, why would man or woman reject such a gift? Or worse yet, why would a parent refuse to acknowledge and affirm the beautiful biological masculine identity of a son or feminine identity of a daughter? Sacred Scripture tells us that one of the most destructive characteristics of the fall of man was the revelation of their nakedness that is now viewed and understood under a different moral windowpane. The result is Adam’s attempt by his own admission to hide from God because of his nakedness[3] which reveals a loss of identity-communion with God.

Another perspective to consider though I freely admit there is a multitude of factors to address both spiritual and psychological is the rejection or lack of affirmation of one’s masculine or feminine identity as a gift from God. If we consider the role of parents, they serve as the primary educators of their children.  Their first parental act is to recognize the dignity of a new life brought into this world at the moment of conception. A second parental act is to nurture and develop a child’s identity-intimate relationship with God which also coincides with an affirmation of their God given physical identity as male or female. This process is dependent on the role of parents exercising his or her own authentic masculinity and femininity which serve as a model for both son and daughter on how to engage their God-given sexual identity as male or female.

Self-Awareness of the soul and body with God

The Catechism of the Catholic Church states that man can know God by natural reason.[4] One may also argue that mankind knows and understands biologically that he is male, and she is female based on natural reason as well. As children begin to develop and demonstrate a curiosity of their biological sex and at times develop a sense of awkwardness of who they are as male or female, their investigative journey of discovery does not imply a rejection of their God-given biological identity. Instead, it is part of a developmental process that all children journey to fully understand their authentic identity as a child of God.

An important aim in the development of a proper and healthy sexual identity is the education of the conscience from the earliest years of life.[5] Parents must regard their children as children of God and respect them as human persons. Showing themselves obedient to the will of the Father in heaven, they educate their children to fulfill God’s law. [6]

The complementarity between the soul and the body owes its functional relationship to God. The natural biological characteristics between man and woman further strengthen this complementarity as properly ordered within the sacrament of Holy Matrimony. One may even argue that outside of the natural understanding of marriage between one man and one woman, the sexual act makes complementary sense between one man and women. The intention of the body as created in God’s own image and likeness is meant to express the gift of the soul as given to us by God. The use of our intellect and will, our ability to rationalize, discern, judge, hate and most importantly love reflects a visible reality between the soul and the body as complementary gifts to one another. Why anyone would propose to reject their God-given biological and sexual identity is something that needs to be addressed lovingly and faithfully through the teachings of Jesus Christ in the Catholic Church. Worse, why any parent would refuse to affirm or change their child’s God-given masculine or feminine identity is something that in my assessment requires a direct response of prayer and fasting for these families especially for the protection of the children involved.

As I referenced earlier, when Christ makes a reference to the grain of wheat and the removal of our old selves in St. John’s Gospel, another aspect of Jesus’ discourse occurs a few verses later where he tells the Apostles and disciples to not let darkness overtake you. Jesus continues his instructional discourse by explaining the complementarity of our body and soul in the following way:

If you love me, you will keep my commandments.[7]

There is an interesting yet profound requirement the people of Israel are told to follow written in the book of Deuteronomy. The last book... END_OF_DOCUMENT_TOKEN_TO_BE_REPLACED

The evangelist St. John the Baptist introduces us to the drama that affects every human being when he reminds both Jews and Gentiles to... END_OF_DOCUMENT_TOKEN_TO_BE_REPLACED

A consistent question I have been asked over the course of my ministry is how important is the use of one’s personal experience in... END_OF_DOCUMENT_TOKEN_TO_BE_REPLACED