How do you provoke belief in Jesus Christ? 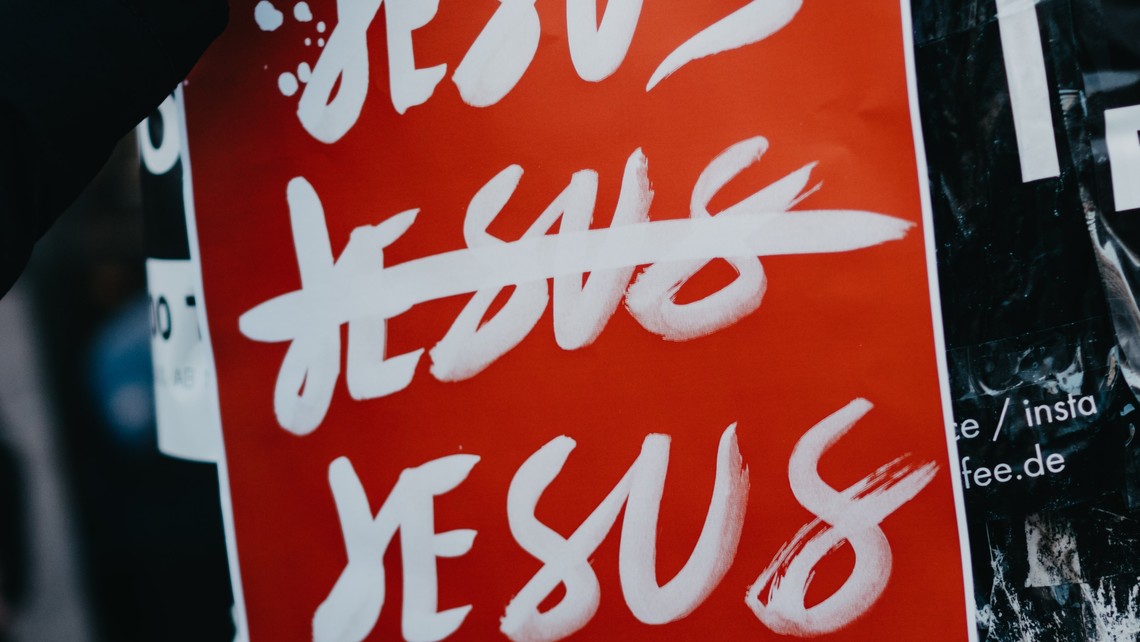 When someone comments that “change is in order” whether its directed to themselves, others or situations, there is an immediate “how dare you” look from those involved. A human being’s natural reaction is one of skepticism, distrust, or lack of openness to what the person proposes needs change. Whether the content of the change is faith, work, exercise, behavior, any proposal to change one’s standing habits will be met with either direct resistance or reluctance, and in some cases out right anger or fear.

The premise behind an act of change reflects a free act of the will just as an act of faith is a free act of the will. However, there is usually something that causes a desire to change, someone or something provokes us to see what is being proposed that supposedly would benefit our life. For example, when Jesus rebuked the Pharisees and lawyers about their unwillingness to cleanse-change their souls from acts of wickedness and selfishness;  He reminded them that they were created in the image of God and thus should place more emphasis on their interior relationship with God than having the best seats at the synagogue. In turn the Pharisees and lawyers sought to provoke Christ to say things they would deem incriminating and thus arrest him.[1]

How Jesus provokes the Apostles

The Divine Teacher is always intentional and purposeful in his actions towards us as witnessed in his interactions with the Apostles. As Jesus repeatedly spoke of His Father in Heaven and how we are called to be in communion with the Father, the Apostles had difficulty understanding how Jesus the Divine teacher was preparing a place for them when he comes again. The Apostles struggle with understanding the way of Christ and finally Jesus provokes his disciples to know God through Him.

I am the way, the truth and the life; no one comes to the Father, but by me. If you had known me you would have known my Father also; henceforth you know him and have seen him.

One: He was present to His disciples.

Two: As they wondered and questioned with fear, trepidation, and natural distrust, He always ministered to their hearts by calming their fears and worries and letting them know there will be a place for them in Heaven.

Three: He teaches them that belief in Him is also belief in God so Jesus reaffirms the Trinity to them, He lets them know that they will not be alone.

At the heart of Christian provocation

Jesus proclaimed his message directly to his disciples that he is the way, the truth, and the life. Jesus is the kerygma, the Word made flesh. He is the visible incarnate Word that provides us the opportunity to know God more intimately and thus have a relationship with Him. When the disciples asked Jesus questions, Jesus does not remain silent, he always turns everything back to the Father hence the Holy Trinity. Christ’s life is not a silent one, thus when we begin to engage someone in conversation with the intention to provoke a response of faith it must be done with clarity, love, and humility to dispel any distrust. All Catholic provocation begins and ends with Jesus Christ because Jesus is God!

The art of Christian provocation involves an invitation to investigate truth and establish an openness to God. The disciple Ananias for example receives a message from God and is directed-provoked to meet Saul who would be St. Paul and place his hands-on Saul so that Saul’s sight may be healed.[2]

When you provoke someone to consider a relationship with Jesus Christ, it is important that you respect the dignity of the person even if they curse or chastise you. Your witness of faith is part of the art of Christian provocation because you proclaim and display a sincere belief and truth in Jesus Christ.  This means you proclaim the kerygma-the word of God and the creed because it involves the revelation of the transcendence of God through a clear understanding of the Trinity with an emphasis on Christ and that we are God’s children which means we are part of God’s story.

The Catechism of the Catholic Church summarizes this entire process in the following way:

There is an interesting yet profound requirement the people of Israel are told to follow written in the book of Deuteronomy. The last book... END_OF_DOCUMENT_TOKEN_TO_BE_REPLACED

The evangelist St. John the Baptist introduces us to the drama that affects every human being when he reminds both Jews and Gentiles to... END_OF_DOCUMENT_TOKEN_TO_BE_REPLACED

A consistent question I have been asked over the course of my ministry is how important is the use of one’s personal experience in... END_OF_DOCUMENT_TOKEN_TO_BE_REPLACED