The Gentleness of Conversion 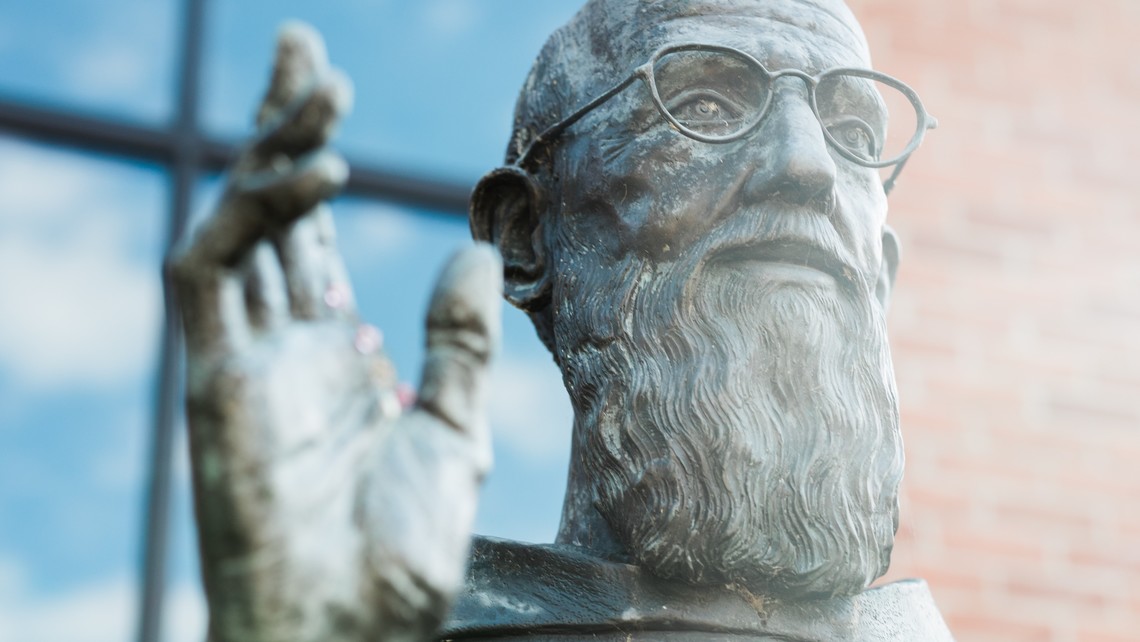 The simplest of gestures often yield the most unsuspecting results. This was the case of encounter between a very good priest friend and mentor of mine (Fr. H) who described an ongoing encounter with a Christian bookstore employee. The employee was very curious why the man dressed in black with a white collar around his neck would come into the bookstore on a weekly basis. It was an unusual sight for him since there were so few Catholics by his assumption in this region of the country. Every time Fr. H would come into the store, he would greet everyone with a gentle, warm, and gentle smile. The employee could not wrap his mind around why this priest would come into of all places a Christian bookstore that from his perspective was not in the business of selling Catholic merchandise especially to a Catholic priest.

As the employee encountered and interacted with this diminutive man in physical stature, he soon came to the realization that the priest’s demeanor and presence was not diminutive but quite the opposite as his life would soon change.

And he will turn many of the sons of Israel to the Lord their God, and he will go before him in the spirit and power of Elijah to turn the hearts of the fathers to the children and the disobedient to the wisdom of the just, to make ready for the Lord a people prepared.[1]

As Fr. H went into some detail about his encounter with this particular individual, he stressed the importance of the spiritual charism of gentleness with any human encounter. I was gratefully struck by his direct tone of the importance of the charisms of sincerity and gentleness as part of our human behavior and demeanor as gifts in the communication of God’s love revealed through His Son Jesus Christ.

The sincerity of Fr. H’s demeanor toward the employee was nothing more than the expression of a sincere and genuine love to a fellow brother in Christ regardless of any theological differences. What struck the employee most about Fr. H’s approach was his intention to always engage him in conversation and thank him for his wonderful store which would confuse the young man even more. The weekly encounter with Fr. H. provided the employee with a different perspective on Catholicism and more specifically the priesthood and stirred a series of questions about Catholicism simply based on these gentle interactions.

This entire story reinforces the importance of simple acts of charity and the necessity to respect  the dignity of the human person through the charisms of gentleness and meekness. We cannot forget that we are human and thus are inclined to sin even to the point of inflicting some form of pain onto someone else. Thus, our responsibility is to live out our own beatitudinal call. Blessed to have known Fr. H for over twelve years this particular story revealed more to me about the importance to never waver as genuine witnesses of the Gospel.

The Catechism of the Catholic Church reminds us that the beatitudes are at the heart of Jesus’ preaching. They take up the promises made to the chosen people since Abraham. The beatitudes fulfill the promise by ordering them no longer merely to the possession of a territory, but to the kingdom of heaven.[2] Blessed are the meek, for they shall inherit the earth.[3]

What does it mean to be gentle-meek?

The Catechism of the Catholic Church defines gentleness as an act of meekness in the following way:

those who, humble and meek, rely solely on their God’s mysterious plans, who await the justice, not of men but of the Messiah-are in the end the great achievement of the Holy Spirit’s hidden mission during the time of the promises that prepare for Christ’s coming.[4]

In many respects, the act of meekness is a direct call to renounce ourselves and walk by the Spirit.[5] This requires an active and visible faith one that Fr. H chose to introduce to this particular employee by way of a gentle-meek spirit. So moved was this man by Fr. H’s gentle approach toward him that he began a serious inquiry about the Catholic faith that led him to begin a formal process as a catechumen in the Rite of Christian Initiation for Adults in other words, he wanted to come home to the Catholic Church.

Someone asked this young man what eventually led him to the Catholic Church his response was quite simple; “Fr. H had such a gentle and inviting presence that if this is what Catholicism is all about then I want to be a part of this family forever.”

Through the Holy Spirit we are restored to paradise, led back to the Kingdom of Heaven, and adopted as children, given confidence to call God “Father” and to share in Christ’s grace, called children of light and given a share in eternal glory.

There is an interesting yet profound requirement the people of Israel are told to follow written in the book of Deuteronomy. The last book... END_OF_DOCUMENT_TOKEN_TO_BE_REPLACED

The evangelist St. John the Baptist introduces us to the drama that affects every human being when he reminds both Jews and Gentiles to... END_OF_DOCUMENT_TOKEN_TO_BE_REPLACED

A consistent question I have been asked over the course of my ministry is how important is the use of one’s personal experience in... END_OF_DOCUMENT_TOKEN_TO_BE_REPLACED