Faith or Culture: Is One More Important than the Other? 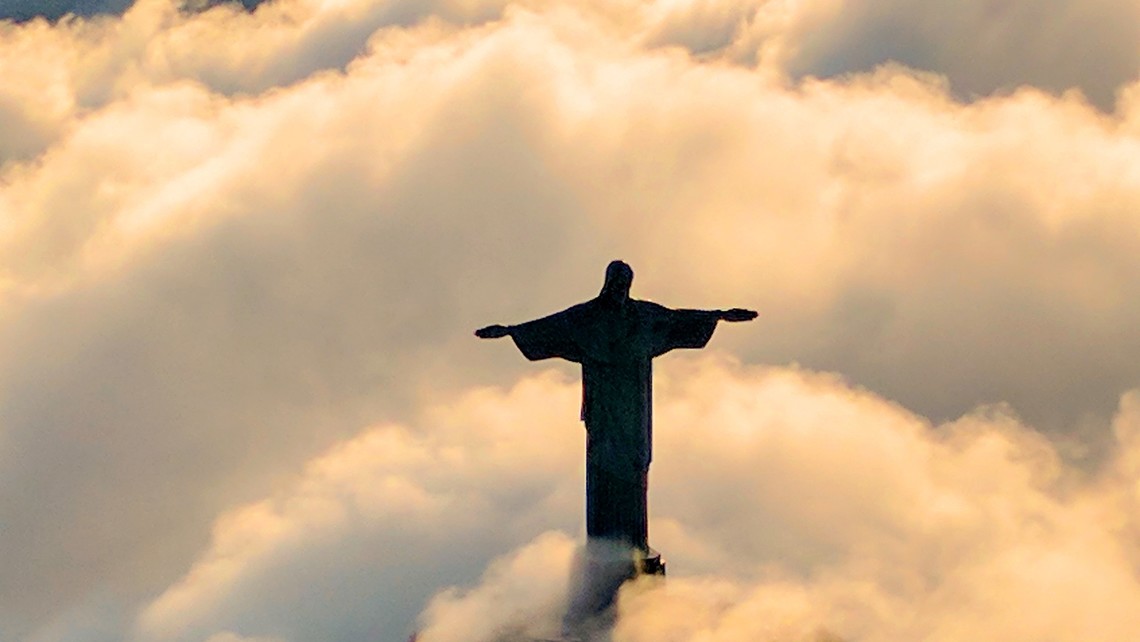 Culture can be a unique obstacle when associated with the process of proclaiming the Gospel of Jesus Christ. More often than naught it’s the culture that becomes the Creed rather than the actual Creed itself. It is not uncommon to see loyalty to one’s culture or personal “ism” over one’s faith and religious identity. The reality of this phenomenon is that our approach toward proclaiming Jesus Christ should have a genuine desire to bring Christ into the daily charism of life towards those we are trying to guide and teach.

Pope Emeritus Benedict XVI in his inaugural address to the Bishops of Latin America and the Caribbean at the Shrine of Our Lady of the Aparecida (May 13, 2007) emphasized the “role of the family as the school of faith, the training ground for human and civil values the hearth in which human life is born and is generously responsible and welcomed . . . The family is irreplaceable for the personal serenity it provides and for the upbringing of children.”

There is sound reasoning in Pope Benedict’s words with respect to the importance of the family.  Its structure serves as the galvanizing force behind the relationship between faith and culture. The family may be identified as the good news or the first order of evangelization because it is the family primarily the role of father and mother that lay the creedal and cultural foundation for their offspring.

The family serves as the fulcrum and catalyst for all aspects of Catholic life and its integration within society both religious and secular. Family naturally introduces an opportunity for children to learn from their parents on how to profess their faith, engage their world in the faith and thrive. Included in this human equation is the recognition that we are all part of God’s kingdom. The love of God for His children is reflective of His desire to share His Divine love to everyone as Christ did (Jn 13:1; 15:9).

The Premise of Hispanic Ministry and the Role of the Family

The first order given by God toward our first parents was to go forth, bear fruit, multiply and subdue in His name (Gen 1:27-28). The directive reflects an initial request by God to bear children and educate them for the sake of the Kingdom and its growth.  From the very beginning we see that the family serves as the first instance where a person discovers their identity with God and the reason to echo God. This understanding receives a clearer example in the Word made flesh Jesus Christ the second person of the Blessed Trinity. Parents by way of their role are called to follow Christ and instill Christ in their children. This is where we begin to see the value of culture and faith properly intersected.

Though the role of the family is typically understood to be applied universally amongst most cultures, it is particularly echoed within Hispanic culture as an important way of life. It is not uncommon to see multiple generations dwell within the same physical household setting or live within short distances from one another. The premise behind this family dynamic is the value placed on the family and especially the raising of Children.

When one proposes faith to be at odds with culture or vice versa a possible result is the diminishment of integrity for both. Faith and culture work as one unique and visible expression of belief they are not a contradiction when exercised side by side. The same can be said about the relationship between faith and reason. One cannot completely exist without the other. The premise of any cultural society is based on a creedal belief system meaning how one lives within a community or society with a common set of norms and practices.

Christ is the source for all humanity. He is not bound by culture as He is the par excellence of how one should live. As the Word made flesh the Incarnation serves as our distinctive identity because it is Christ revealed in human form. If a culture is to serve as a catalyst of evangelization, then it should identify with Christ first and foremost and the aim should always resound with Jesus Christ Crucified.

The Diocese of Fort Worth is about to host the National V Encuentro Conference on ministry to Hispanic Catholics in collaboration with the United States Conference of Catholic Bishops from September 20-23, 2018 in Grapevine, TX. The theme for this fifth national encounter for Hispanics is “Missionary Discipleship.” Regardless of where one would stand in the ministerial, pastoral, or social outreach to Hispanics, the foundation of any Church ministry draws its foundation from Christ. As Catholics, our social responsibility is to place Christ at the very center of our ministerial outreach. The single most important example of this approach is rooted in the family because it is in the family where the first instance of faith, culture and ministerial outreach begins.

We are called to bear witness to the truth. This means we should not be ashamed to proclaim and testify in the Lord’s name. This catechetical process begins first and foremost within the home which is the first school of evangelization everyone should encounter. The duty of Christians is to take part in the life of the Church impels them to act as witnesses of the Gospel and of the obligations that flow from it. This witness is a transmission of the faith in words and deeds. Witness is an act of justice that establishes the truth or makes it known (CCC 2472).

When the first proposition to reject God’s love -original sin was introduced to our first parents, the appeal of this proposition was its focus... END_OF_DOCUMENT_TOKEN_TO_BE_REPLACED

There is a solemn anticipation, a stillness of the day and night where all humanity if they so choose, await the coming of a... END_OF_DOCUMENT_TOKEN_TO_BE_REPLACED

George Orwell once said that the “greatest enemy of clear language is insincerity.” This statement's significance is vital if a Catholic educator's responsibility is... END_OF_DOCUMENT_TOKEN_TO_BE_REPLACED