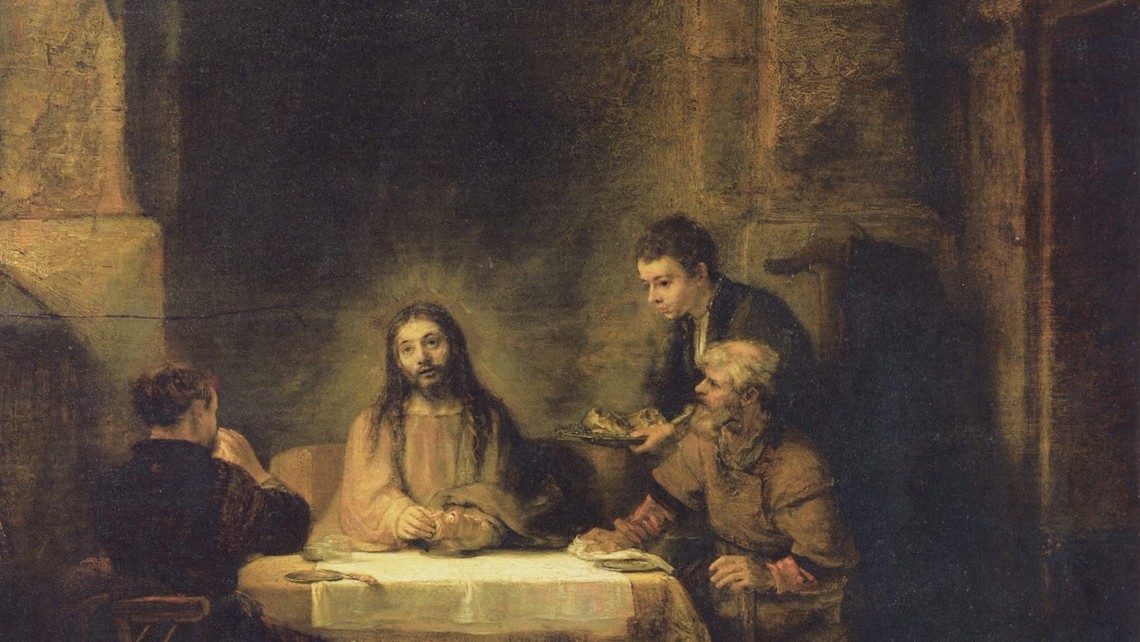 How does one ransom one’s soul? It’s an important question anyone involved in the ministries of evangelization and catechesis should discern. The premise of the question professes and identifies an intimate union between both the engagement of the soul-evangelization and the nurturing of the soul-catechesis. A good example of this relationship is found in the adapted cinema version of the great literary work from Victor Hugo entitled Les Miserable starring Liam Neeson.

The scene in question involves the local Archbishop who had taken in Liam Neeson’s character Jean Valjean a paroled criminal who was unjustly incarcerated for quite some time. Instead of thanking the Archbishop for his kindness and hospitality, Valjean’s bitterness and desperation took over and decided to steal the Archbishop’s valuable silverware. When Valjean is captured by French authorities and lies that the Archbishop had given him the silverware Valjean is shocked to witness the Archbishop corroborate his story. After the French authorities release Valjean and leave the Archbishop looks directly into the eyes of Valjean and tells him; “Jean Valjean my brother, you no longer belong to evil, with this silver I bought your soul, I’ve ransomed you from fear and hatred, and now I give you back to God.”

This poignant scene reveals both the engagement of the soul-evangelization through the merciful act of acceptance and repentance from the Archbishop and the explanation for the reasons of his actions to give Jean Valjean back to God-nurturing of the soul-catechesis. Another important revelation is the visible spiritual transformation of Valjean’s disbelief in God to one of genuine belief as he in fear stares directly into the eyes of the Archbishop. We witness a genuine embrace of one man’s desire to rescue and resuscitate a soul back to Christ and His Church. It provides a tangible example of how the engagement and nurturing of the soul are intimately bound to one another.

One may say that the relationship between evangelization and catechesis is obvious and intimate in the scene just described. However, there are those who would claim that any form of catechesis interferes with the evangelization process and may stifle the ability for a person to have an intimate relationship with Jesus Christ. I have personally witnessed this type of rhetoric grow from prominent missionary apostolates over the last ten years where the narrative view of catechesis is strictly associated with an archaic and faithless religious education classroom model. Some would argue that any form of doctrinal instruction should be an “only if necessary” act. The question then becomes, how can this unfortunate narrative be addressed and corrected?

As Prefect for the Congregation for the Doctrine of the Faith Cardinal Joseph Ratzinger (Pope Emeritus Benedict XVI) once proposed the following question: “What does the soul require of you?”  The genesis of this question is in reference to the parable of the rich fool (Lk 12:16-23) he references in his book To Look on Christ that we should not be anxious about our own lives but instead place our complete trust in Christ. Ratzinger proposes two missionary aspects of discipleship, one to profess a natural knowledge of God (Rom 1:19-20) and two, to profess a supernatural faith (Jn 8:56, Jn 14:9). He then proceeds to define evangelization in the following way:

The new evangelization we need so urgently today is not to be attained with cleverly thought out ideas, however cunningly these are elaborated. . . it is only the interaction of the a truth conclusive in itself with its proof in the life of this truth that can enable that particular evidence of the faith to be illuminated that the human heart awaits. It is only through this door that the Holy Spirit enters the world.[1]

Applying this working definition even further the current General Directory for Catechesis (GDC)-new edition coming soon defines evangelization as the carrying forth of the Good News. . . proclamation, witness, teaching sacraments, love of neighbor are the means by which the one Gospel is transmitted and that constitute the essential elements of evangelization itself.[2] The common thread between Ratzinger’s definition of evangelization and the GDC definition is the reclamation of the soul for Christ. St. John Paul II in his encyclical Redemptoris Missio provides us with a more concrete application of the practice of evangelization in the following way:

Ironically, Pope Francis in Evangelium Guadium draws a direct correlation between catechesis and specifically catechetical instruction and the first proclamation of the kerygma that calls for ongoing formation and maturation. Evangelization aims at a process of growth which entails taking seriously each person and God’s plan for his or her life.[3]

We must not think that in catechesis the kerygma gives way to a supposedly more solid formation. Nothing is more solid, profound, secure, meaningful and wisdom-filled than the initial proclamation. All Christian formation consists of entering more deeply into the kerygma, which is reflected in and constantly illumines, the work of catechesis, thereby enabling us to understand more fully the significance of every subject which the latter treats.[4]

The bridge between evangelization and catechesis

The Catechism of the Catholic Church beautifully describes our missionary mandate as evangelists and catechists in the following manner:

It is important to discern and observe that evangelization is not a mechanism created by Christ and systematically refined by the Church to arbitrarily construct Catholics. If this is the case, then the Church is merely an institution with no Divine charism and initiated Catholics are merely products in a sacramental assembly line.

An important distinction the Catechism of the Catholic Church makes in defining catechesis is its association with Handing on the Faith or the unpacking of the faith. Through reference of St. John Paul II’s encyclical Catechesis In Our Time, the Catechism defines catechesis through four key missionary distinctives:

Does catechesis impede the evangelization process?

The nature and identity of catechesis is centered on the Person of Jesus Christ. To catechize is to reveal in the Person of Christ the whole of God’s eternal design reaching fulfillment in that person. Catechesis aims at putting people in communion with Jesus Christ.[12] The catechist is called to me an authentic witness of the Gospel which means his priority is a first proclamation of the Gospel as a missionary witness.

The relationship between evangelization and catechesis can be summed in the proclamation Christ makes that His teaching is not his own, but His who sent him.[13] An effective evangelist understands the importance of engaging the soul while at the same time nurturing the soul. Both elements require a willingness to bear the cross of Christ and provide a transformative opportunity for the soul to seek, embrace and act in the name of Christ. A principle aim in this relationship is to echo the Paschal Mystery and how our life is intimately tied to Christ as both a disciple and a child of God. From this loving knowledge of Christ springs the desire to proclaim him, to evangelize and to lead others to the “yes” of faith in Jesus Christ.[14]

The Church keenly identifies catechesis as an integral part of the overall evangelization process one that engages and nurtures the soul. If this is the case, then the art of catechesis cannot be simply relegated to religious instruction in a classroom or identified as an obstacle to evangelization. The aim of evangelization is to bring people to the person of Jesus Christ and introduce them to the profound mysteries of the universe moving from the stage of inquiry or curiosity to spiritual openness or trust in God and His Church. The final end in the journey of faith is our eternal rest with God in Heaven.

In his masterpiece The Lord , Romano Guardini describes that the logic of evil relies on sin to produce blindness, which leads to fresh... END_OF_DOCUMENT_TOKEN_TO_BE_REPLACED

Remember, the devil wants you to lose your moral integrity

Custody of your desires is a phrase not often heard when speaking on the value of moral integrity. In the book of Sirach, we... END_OF_DOCUMENT_TOKEN_TO_BE_REPLACED

Lent is an opportunity to fall in love with Jesus Christ

In his exhortation to the people of Corinth, St. Paul explains how one is to live a life centered on Jesus Christ who was... END_OF_DOCUMENT_TOKEN_TO_BE_REPLACED