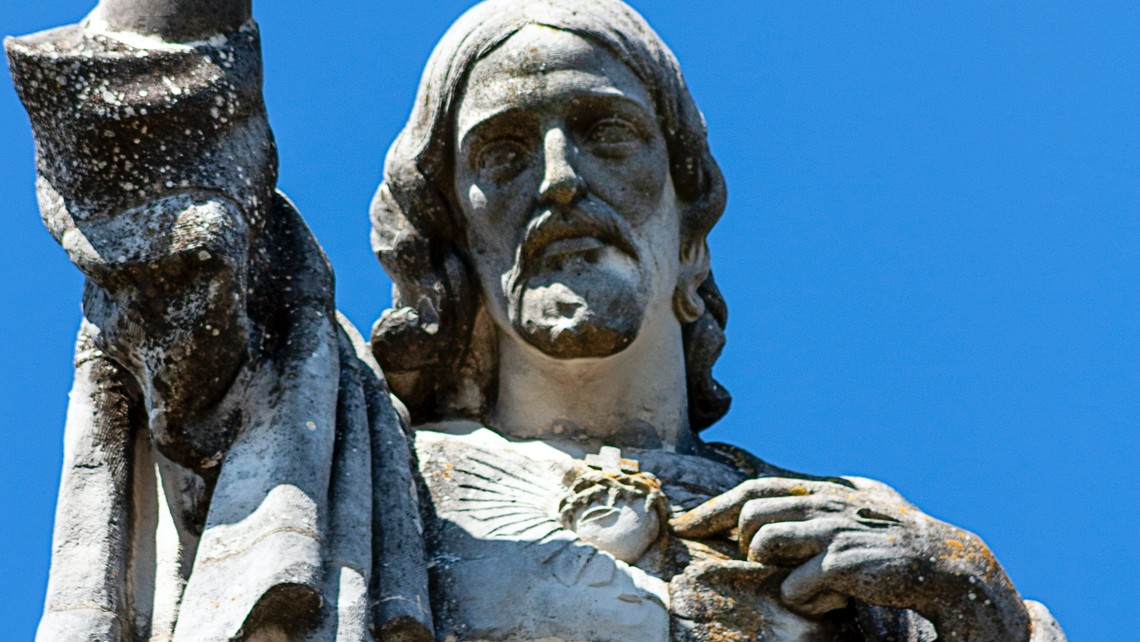 The art of communication one may argue rests on the ability to deliver and demonstrate objective truth. If we take this premise at face value it would mean that the content of the communication has authentic value and thus is true. In other words, a honest communicator would in effect be able to persuasively present a piece of information and reveal its genuine value. Something comparable to this argument is when someone makes a promise to another person or more appropriately a vow, the person(s) who receive the vow anticipate and rightly so that the promise will be kept and thus honored. This leads us to the first promise we encounter in Sacred Scripture where God promises the coming of a Savior to conquer Satan;

The significance of this promise identified as the protoevangelium-first Gospel is God’s promise that Eve’s offspring would defeat Satan as we have come to know and understand is in direct reference to our Blessed Mother Mary and her son the Incarnate Word Jesus Christ who by his death resurrection would ultimately conquer sin and death.

One important aspect of our Christian faith that one might not equate with Advent is that of the suffering servant the Son of God. This is not an attempt to dispel the significance of the Virgin Mary, Mary’s fiat, the Annunciation and especially the birth of our Lord. However, it is incumbent that we begin to prayerfully prepare ourselves on what lies ahead which I argue is at the very moment Christ is born into the physical world God created is the very same moment he begins his preparation for death.[2] God’s love for humanity intimately revealed through the birth of His son reminds us of St., John’s words that word became flesh and dwelt among us.[3] God’s love is made manifest through the Incarnation.

Expectation of the Messiah

If the Incarnation is a preparation of both the life and death of Christ, then our own intimate preparation would involve a preparation of the coming Christ again-second coming. St. John the Baptist reminds us of the need to prepare where he reminds himself that, He must increase, but I must decrease.[4]

St. John exhorts that the Kingdom of God is at hand and that we should prepare for the way of the Lord. In other words, Christ’s intention as the Incarnation is to draw all men into union with Him. Christ offers mankind the opportunity to hear, listen and act on the promise that Christ will indeed conquer death by way of his death and the we will have an opportunity to be united with Him in life and death. The Catechism offers the following fruit;

The Kingdom of God lies ahead of us. It is brought near in the Word incarnate, it is proclaimed throughout the whole Gospel, and it has come in Christ’s death and Resurrection.[5]

Our journey during Advent

What should our preparation for Advent look like? Advent is an entrance into the life and death of Jesus Christ. We are of God; this means we belong to Him and He wants nothing more than for us to have an intimate relationship with Him through His Son Jesus Christ. Our first act of faith during Advent is that sin will have no victory over us hence the Incarnation is the visible and direct authority God has over sin and death. It is in Christ the King, the Savior of the World who opens the doors of Heaven for us to prepare for our final state of rest with God in Heaven.

The Lord who has taken away your sin and pardoned your faults also protects you and keeps you from the wiles of your adversary the devil, so that the enemy, who is accustomed to leading into sin, may not surprise you. One who entrusts himself to God does not dread the devil. If God is for us, who is against us.[6]

Our second act of faith is the recognition that the word became flesh in order to reconcile us from our sins. Chris became one of us in order to rescuer and resuscitate our relationship with God the Father. Our reconciliation from sin guides toward the sacraments of mercy and healing where the reception of the sacrament of reconciliation echoes our second act of faith.

Our third act of faith and arguably the most important is echoed by the very last petition of the “Our Father” to deliver us from evil. The significance of this third act affirms Christ crucified and his authority over sin and death and the battle that all of us are involved in whether we realize it or not. It reflects our complete trust, obedience and profession of faith in Christ and His Church who at the hour of his death gave up his life and cast out the devil. The following prayer of deliverance offers us an opportunity to renounce any malfeasance that may attempt to disrupt our relationship with Christ;

Little children; let no one deceive you. He who does right is righteous as he is righteous. He who commits sin is of the devil; for the devil has sinned from the beginning. The reason the Son of God appeared was to destroy the works of the devil. Any one born of God does not commit sin; for God’s seed abides in him, and he cannot sin because he is born of God.[7]

There is an interesting yet profound requirement the people of Israel are told to follow written in the book of Deuteronomy. The last book... END_OF_DOCUMENT_TOKEN_TO_BE_REPLACED

The evangelist St. John the Baptist introduces us to the drama that affects every human being when he reminds both Jews and Gentiles to... END_OF_DOCUMENT_TOKEN_TO_BE_REPLACED

A consistent question I have been asked over the course of my ministry is how important is the use of one’s personal experience in... END_OF_DOCUMENT_TOKEN_TO_BE_REPLACED