Did Jesus ever use questionable language? 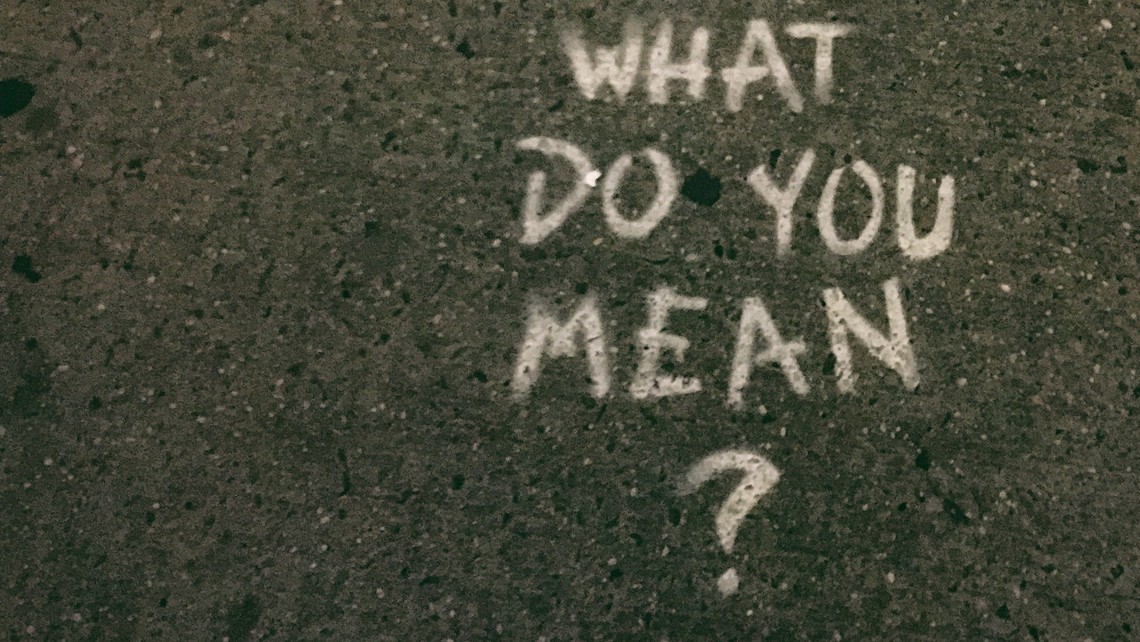 The use of language can serve as a very comical or destructive proposition when developing a pattern of thinking aimed to redefine a word or a position. A comical example is the use of the term “deep” where the immediate association is in reference to an area on the earth’s surface that is cavernous like a deep trench or a well. But what if the use of the term “deep” was in reference to a “deep” thought that weighed on the mind of a person, hence; “that was deep.” A destructive proposition on the use of language involves a deliberate redefinition of a word or phrase from its original meaning with the intent to cause confusion in order to falsely validate one’s position.

All linguistics aside, it is fascinating how words can mean different things to people but yet, words used in the development of language have an original etymology-history that typically stand the test of redefining such words as cold, hot, hate, sin, evil, good, faith, God. St. Francis De Sales in his Treatise on the Love of God describes the words Christian and doctrine to mean the following:

If one is to have a proper understanding of God, we must know and understand what Christian doctrine clearly proposes; genuine belief in God and a willingness to live a life in accord with God. The letter to the Hebrews for example tells us that it is impossible to please God without faith, since anyone who comes to him must believe that he exists, and that he rewards those who try to find him.[2] A curious thing about this scripture passage is the last few words; “those who try to find him.” At times instead of attempting to find God through a free act of faith, we redefine the terms to mean; “I have faith,” but faith in what in this instance is never clearly defined and thus begs the question: what do you actually believe in?

When Moses was delayed from coming down the mountain Israel’s impatience and lingering pagan sensibilities gathered and encouraged Aaron to discard Moses as their leader and instead championed a “new way” of satisfying their carnal tastes and likings through the fashioning of a golden calf. Sacred Scripture tells us that Aaron did just that and the end result was the slaughter of over three thousand men and the affliction of another plague thrown upon the people of Israel by God.[3] As we can see with the example of the Golden Calf Israel’s insistence to refashion God led to a series of events that did not end in their favor.

Did Jesus use questionable language?

The Catechism of the Catholic Church discusses the importance of language and faith in the following manner:

We do not believe in formulas, but in those realities, they express, which faith allows us to touch. "The believer's act [of faith] does not terminate in the propositions, but in the realities [which they express]." All the same, we do approach these realities with the help of formulations of the faith which permit us to express the faith and to hand it on, to celebrate it in community, to assimilate and live on it more and more.[4]

The premise of this particular article is that authentic Christian faith is based on the realities expressed by Christ and guarded by His church. An example is the reality of the Eucharist and its formulation given by Christ to the Apostles to consecrate and celebrate after his death and resurrection. The following article provides even more striking evidence about the importance of language and words:

The Church, "the pillar and bulwark of the truth", faithfully guards "the faith which was once for all delivered to the saints". She guards the memory of Christ's words; it is she who from generation to generation hands on the apostles' confession of faith. As a mother who teaches her children to speak and so to understand and communicate, the Church our Mother teaches us the language of faith in order to introduce us to the understanding and the life of faith.[5]

When Christ spoke, he would immediately define his terms and use language that those around him could comprehend as we see in Mark’s Gospel where Jesus is questioned as to why his disciples plucked the heads of the gain of wheat in a field they were passing through. The Pharisees questioned why Jesus would allow his disciples to perform an unlawful act on the sabbath. In response to their obstinance, Jesus makes a reference to King David eating the showbread. He concludes his point with these words: The sabbath was made for man, not man for the sabbath; so, the Son of man is Lord even of the sabbath.[6] Jesus’ language in response to the Pharisees was not out of place since Jesus is Lord, however it was viewed questionable by the Pharisees for the refusal to believe in Christ. Jesus expressed a language of faith that rightfully claims his dominion over the sabbath.

A proper sense of Catholic devotion

The relationship between the word devotion and Catholic would appear to be synonymous with respect to a complete and faithful adherence to teachings of Jesus Christ and the Church he founded to safeguard and promote His teachings. It would make logical sense that if you claim to be a devout Catholic then any doctrine the Catholic Church teaches would be in effect embraced and lived openly with love and without reservation. If we need any example of this point in action simply look to the Martyrs of the Church.

Jesus Christ did not promote or propose a Gospel of opinion or a faith of sacramental convenience. He came to destroy the works of the devil and rescue man from the horror of sin. This means that Christ Himself embraced our sinful human nature in order to provide us with the opportunity to seek the Kingdom of God and see Him face to face in Heaven.

If Christ made a vow to save us from sin, are we not asked to do the same?

There is an interesting yet profound requirement the people of Israel are told to follow written in the book of Deuteronomy. The last book... END_OF_DOCUMENT_TOKEN_TO_BE_REPLACED

The evangelist St. John the Baptist introduces us to the drama that affects every human being when he reminds both Jews and Gentiles to... END_OF_DOCUMENT_TOKEN_TO_BE_REPLACED

A consistent question I have been asked over the course of my ministry is how important is the use of one’s personal experience in... END_OF_DOCUMENT_TOKEN_TO_BE_REPLACED