The devil desires to isolate you from Christ, don't let him 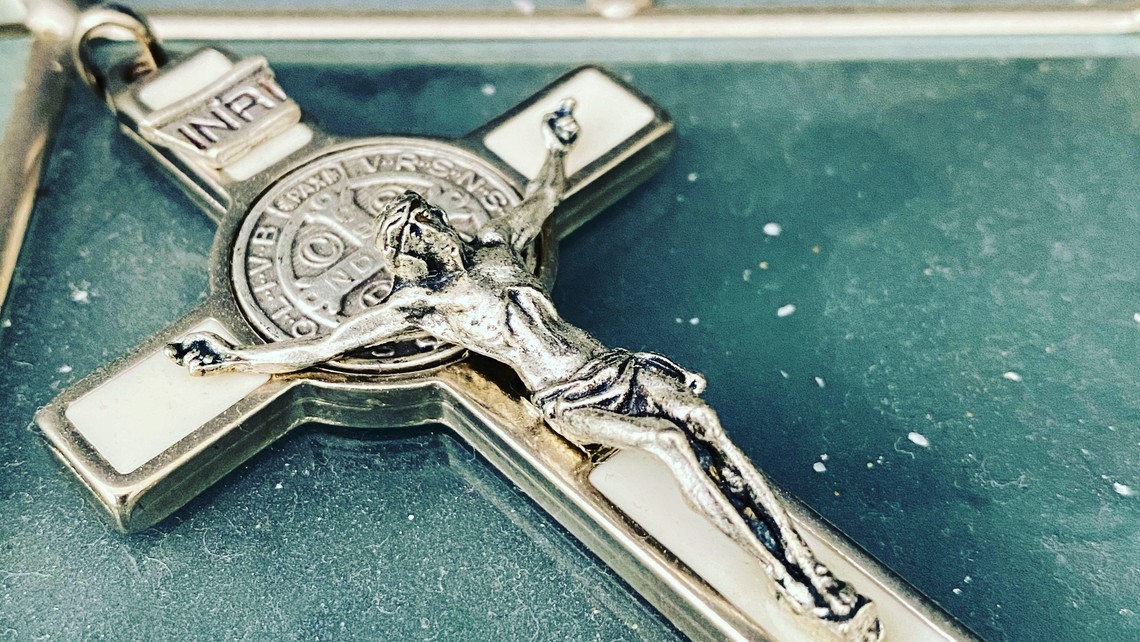 The basic identity of civilization is built on an understanding of family and the community built from it. Man’s ability to know and understand his relationship with God stems from the very image and likeness God created in him. This means that our original identity with God was meant to be uncorrupted. Man’s human nature is meant to reflect the Divine nature of God because man receives his identity from God for the sole purpose to honor and worship Him. The book of Wisdom provides us great insight into God’s intention for man:

Fort God created man of incorruption and made him in the image of his own eternity, but through the devil’s envy death entered the world, and those who belong to his party experience.[1]

Our human identity which in reality is a Trinitarian identity as revealed by Jesus Christ echoes God’s unfailing love for His children in His Son Jesus’s passion and death. At the onset of creation, we encounter a significant detractor, an illusionist if you will whose sole purpose is to create a permanent diversion and separation between God and man. The unsatiable appetite of this chameleon was determined to create a separation between Adam, Eve and God. The Devil carefully proposes with words and then demonstrates with false propositions that Adam and Eve’s identity and relationship with God was not sufficient.

As a restless angel, the Devil positions himself as allowed by God to distance someone from God if the person so chooses. St. Padre Pio provides us with some context with the Devil’s position where he describes him as follows:

The Devil is like a rabid dog tied to a chain: beyond the length of the chain he cannot seize anyone. And you: keep at a distance. If you approach too near, you let yourself be caught. Remember that the Devil has only one door by which to enter the soul: your will.[2]

It is difficult to imagine that God would permit diabolical activity, but He does. This does not mean that God created evil as all aspects, senses and manifestations of evil originate from the Devil and those who choose to engage in behavior in contradiction to the Holy Trinity. St. Paul remind us that the Spirit helps us in our weakness[3] meaning that we constantly endure an interior conflict between good and evil. St. Paul reminds us again not to be conformed to this world[4] as a reminder of the constant conflicts we face on a daily basis. These interior conflicts are what the Devil relies on to create distance between us and Christ. The more we gradually walk away from Christ the more the Devil and his fallacies become our own personalized perverted creed.

In book 12 of his masterpiece Screwtape Letters C.S. Lewis describes how Uncle Screwtape encourages his nephew Wormwood to continue to hound the patient to attend Church services but with the caveat that the patient maintains no genuine sense of Christian practice.

As long as he retains externally the habits of a Christian, he can still be made to think of himself as one who has adopted a few new friends and amusements but whose spiritual state is much the same as it was six weeks ago.[5]

Convincing ourselves that actions do not have consequences is making the claim that water does not hydrate you. The first instance of spiritual and communal isolation from God is to embrace a thought that we have no concupiscence to worry about. In other words, my “natural inclinations can’t be that bad.” St. John reminds us that if we say we have no sin, we deceive ourselves, and the truth is not in us.[6]

The three steps of Isolation

The Devil wants us to set our mind on the flesh instead of the spirit, the opposite of what St. Paul tells us to do.[7] The role of concupiscence introduced when Adam and Eve fell to the propositions of the Devil serves as his first stage of isolating us from Christ because it proposes that human desire is greater than a desire for Christ and Heaven. Or, that our human desire is greater than God’s desire for us which is rooted in love.

The first step of spiritual isolation just described is the very foothold the Devil and his legions desire. This is how they lay the cornerstone to your intellect and will with the intent to disrupt by any means necessary the development of an active relationship with Jesus Christ and His Church.

The second step of spiritual isolation is the encouragement and affirmation of your concupiscence. What this means is an acceptance of sinful behavior as normative and justified hence, one begins to develop false attractions that are not holy, just, and moral. The recognition and repentance of any form of sinful behavior becomes an afterthought.

The Catechism reminds us:

Jesus’ temptation reveals the way in which the Son of God is Messiah contrary to the way Satan proposes to him and the way men wish to attribute to him. This is why Christ vanquished the Tempter for us: For we have not a high priest who is unable to sympathize with our weaknesses, but one who in every respect has been tested as we are, yet without sinning. By the solemn forty days of Lent the Church unites each year to the mystery of Jesus in the desert.[8]

The third step of isolation from Christ is the most destructive because it involves the development of a false identity. After the first two steps are accomplished this last step places the individual in an adversarial role against Christ. The person in this situation no longer identifies with Christ or sees value in having a relationship with Him. A new identity or false face begins to develop that aligns more with the devil than Jesus Christ. It becomes more difficult to turn away from evil as the new identity begins to develop as a normative way of living.

The devil wants to make sure that we do not identify with Christ. This is why Christ came to destroy the works of the devil and why developing an intimate relationship with Jesus Christ is so important in preparation for our journey to heaven.

“Snatched from the Powers of Darkness at such a great prices, and by so great a mystery, and loosed from the chains of the ancient captivity, make sure, dearly beloved, that the devil does not destroy the integrity of your souls with any stratagem. Whatever is forced on you contrary to the Christian faith, whatever is presented to you contrary to the commandments of God, it comes from the deceptions of the one who tries with many wiles to divert you from eternal life, and, by seizing certain occasions of human weakness, leads careless and negligent souls again into his snares of death. Let all those reborn through water and the Holy Spirit consider the one whom they have renounced.”

There is an interesting yet profound requirement the people of Israel are told to follow written in the book of Deuteronomy. The last book... END_OF_DOCUMENT_TOKEN_TO_BE_REPLACED

The evangelist St. John the Baptist introduces us to the drama that affects every human being when he reminds both Jews and Gentiles to... END_OF_DOCUMENT_TOKEN_TO_BE_REPLACED

A consistent question I have been asked over the course of my ministry is how important is the use of one’s personal experience in... END_OF_DOCUMENT_TOKEN_TO_BE_REPLACED