The Coherence of Fatherhood 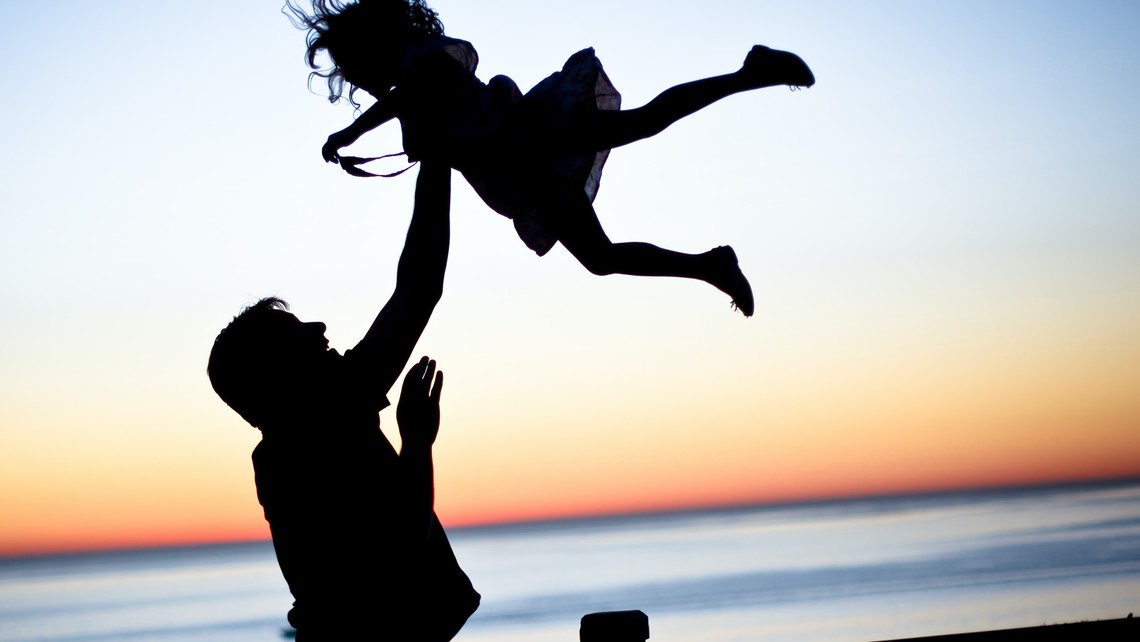 It was a cool and sunny fall day so I decided to take my youngest daughter to ride our bikes and play at one of our local city’s largest public parks. At the end of our ride my daughter was more than willing to keep going and attack the swings, monkey bars, and death-defying climbing contraptions that only a fearless child with no coherent concern for her own safety would dare tackle. As I hovered around a group of concerned parents who took strategic positions around a pretty high obstacle course in the event that one of their children might accidentally fall, I simply looked at my daughter and asked her: “you got this,” never one to miss a beat she replied; “I got this dad.” But then she followed-up her response with a simple statement: “I know you won’t let me fall I love you.”

My daughter knew that I had her well being in mind because I was there watching her every step. She was comforted enough to know that she did not need me hovering below her as she scaled the obstacle course with the steel nerves of a rock climber. As a father one of my primary responsibilities is to never development or promote an atmosphere where my role as protector, guardian, teacher, and, pedagogue is called into question. This requires the development of a consistent parental way of living where a child know his parents are there to nurture, guide, and teach.

This father-daughter dynamic I just described owes its identity from the development and maturation of the family structure (household) that requires both man and woman to freely and lovingly act in a selfless manner toward one another in the natural bond of marriage. The criteria behind this action entails the willing act of both parties to seek the well-being of the other before themselves. Thus, the role of man (husband) and woman (wife) are intimately dedicated in nurturing and strengthening one another in all facets of human development especially in the development of a relationship with Jesus Christ. When a husband and wife actively and without prejudice exercise their marital bond (covenant) their love for one another I argue strengthens their love for God and for one another. Intimately associated with this act of love is the openness to children that further strengthen and nurture the marital bond.

My daughter’s trust that I had her back reflects my own family dynamic where my wife and I stressed to all four of our children the importance of looking after each other’s well-being especially in each child’s personal relationship with Jesus Christ. The relationship with my daughter calls to attention the necessity for parental coherence between parent and child. Children need to know that their parents will protect and nurture them at all times and not worry about the contrary. We encounter the example of Jesus Christ the bridegroom who fulfilled the communal relationship between God and humanity. This unique relationship carries over to the marital covenant between man and woman as an indissoluble gift which also reveals the indissoluble parental relationship between parents and their children. St. John Paul II reminds us:

Christian marriage and the Christian family build up the Church: for in the family the human person is not only brought into being and progressively introduced by means of education into the human community, but by means of the rebirth of baptism and education in the faith the child is also introduced into God's family, which is the Church. The human family, disunited by sin, is reconstituted in its unity by the redemptive power of the death and Resurrection of Christ. Christian marriage, by participating in the salvific efficacy of this event, constitutes the natural setting in which the human person is introduced into the great family of the Church. The commandment to grow and multiply, given to man and woman in the beginning, in this way reaches its whole truth and full realization. The Church thus finds in the family, born from the sacrament, the cradle and the setting in which she can enter the human generations, and where these in their turn can enter the Church.[1]

St. John Paul II places great emphasis on the coherent relationship between the family and the death and resurrection of Christ. The redemptive gift of Christ’s death addresses man’s own woundedness as a result of sin and helps us understand the important relationship between God and man. This same premise serves as the building blocks of trust between parents and their children. It is an active and passive process of faith development that requires living examples of faith at work.

Pope Benedict XVI as Cardinal Joseph Ratzinger in his role as Prefect for the Congregation of the Doctrine of the Faith elucidates this active-passive process in more detail:

Knowing and believing in God is an active-passive process, not a philosophical structure, whether theoretical or practical; it is an act in which one is first touched by God and then responds in thought and deed but which one is, however, free to reject. It is only from this perspective that we can understand what it means to call God a Person or to speak of revelation: in our knowledge of God there occurs also and, indeed, first something from God’s side. God is not a resting object but the ground of our being, who establishes his own credentials, who makes his presence known at the very center of our being and who can, precisely for this reason, be ignored because we are so easily inclined to live far from the center of our being, far from ourselves. By revealing the passive element in our knowledge of God, we have also touched the roots of the two misunderstandings of which we spoke at the beginning. Both of them presume a knowledge in which the individual is himself active. They know man only as an active subject in the world and see the whole of reality as but a system if lifeless objects manipulated by man. It is precisely at this point, however, that faith offers a different perspective. Only here can we begin to understand what faith really is.[2]

Coherent fatherhood is an active and passive process of nurturing and teaching our children the ways of Christ in a coherent manner. This involves an active expression of the Trinitarian life with Christ as the centerpiece of Christian living. My daughter did not shy away from assuring me that she “got this” while climbing the obstacle course. Nor should I as a father shy away from my daughter by letting her know, “I got you.”

There is an interesting yet profound requirement the people of Israel are told to follow written in the book of Deuteronomy. The last book... END_OF_DOCUMENT_TOKEN_TO_BE_REPLACED

The evangelist St. John the Baptist introduces us to the drama that affects every human being when he reminds both Jews and Gentiles to... END_OF_DOCUMENT_TOKEN_TO_BE_REPLACED

A consistent question I have been asked over the course of my ministry is how important is the use of one’s personal experience in... END_OF_DOCUMENT_TOKEN_TO_BE_REPLACED