Christ is not a Hypothesis 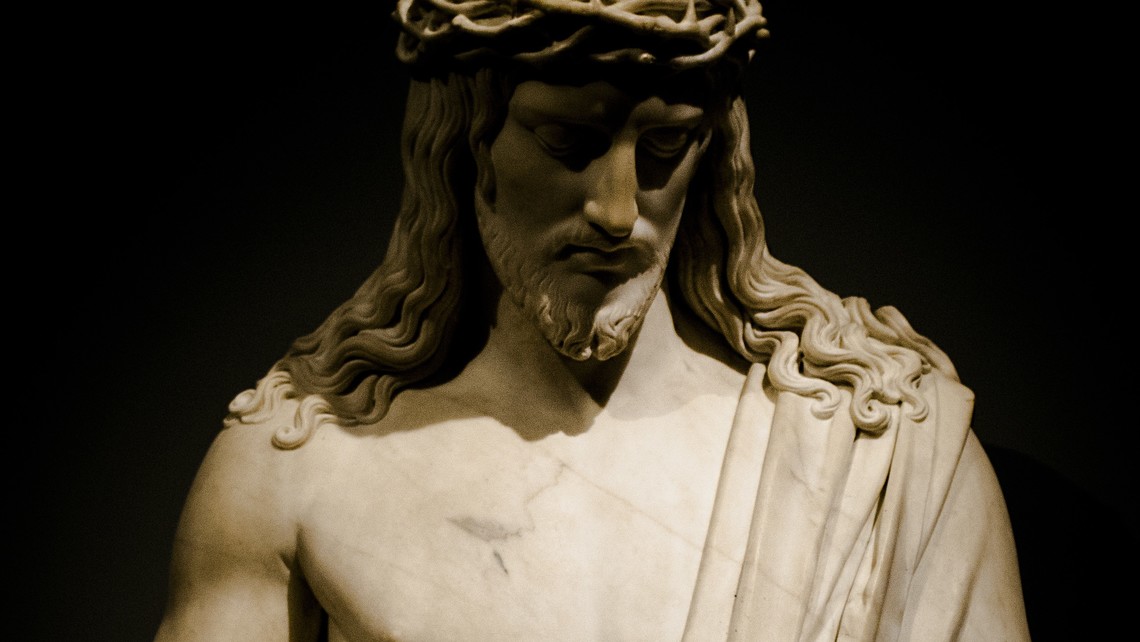 The teacher was insistent that her students would not be able to understand the subject of Jesus Christ without viewing him as a friend or companion. She was insistent that the concept of Christ as Savior, the Incarnate Word or the second person of the Trinity are Catholic doctrines that were difficult to comprehend and would inhibit her freshmen students’ ability to relate to Christ as a friend. There was an unusual yet unsurprising fixation on the concept of Jesus as friend instead of the doctrine of Jesus as God. I asked her whether she believed Christ is the Son of God and that He came to save humanity from the peril of sin through his crucifixion and bring man back toward an active relationship with God the Father. Her response; “that’s an interesting hypothesis.”

It was unfortunate that the teacher in question was an actual religious educator in a Catholic school whose formal training in religion amounted to the friendship catechism. Many of my students who witnessed the back-and-forth dialogue with their fellow colleague were bewildered at best with her honest response to my question. Some were quite stunned on her limited personal understanding of Jesus Christ. Two things became apparent through this exchange on the doctrine of the Incarnation; several religion teachers in my class lacked an active and fruitful relationship with Jesus Christ, and second, Christ was viewed as a friend or hypothesis instead of the actual Son of God.

The reality that this type of scenario still occurs to this very day should come as no surprise to many involved in the field of catechetics. The refutable position of Jesus as a mere hypothesis has been championed for at least six decades and initiated a catechetical landscape through the advent of the friendship catechism in religious education. Such educational and catechetical luminaries as Paolo Freire, Hans Kung and Fr. Bernard Marthaler to name a few, defended the hypothesis that a personal experience of Christ is more important than a proper understanding of Christ as God. Tragically, this hypothesis also accelerated the disassociation of Christ from the sacraments or the importance of grace associated with living an active sacramental life in Christ.

As a result, religious instruction shifted from a Trinitarian Christ centered approach to a Jesus friendship model. Instead of teaching the objective reality of Jesus Christ as demonstrated in Sacred Scripture and Sacred Tradition, man’s personal experiential view of Jesus Christ apart from Divine Revelation developed into the preferred instructional model which brought into question man’s response of faith. Hasseveldt explains:

it was the Son alone in the Trinity who assumed the form of a servant, a form which in His case was fitted into the unity of His person, or, in other words, that the one person Jesus Christ, should be the Son of God and the Son of Man; and so that we should be kept from preaching and a quaternity instead of the Trinity, which God forbid that we should do.[1]

Jesus is my friend

One may argue the experiment I allude to owes its origin at the very moment of Christ’s arrest by the Sanhedrin for amongst other things the supposed false claim that Jesus and the Father are one.[2]  We encounter in this particular passage from the Gospel of St. John the visible difficulty and hatred in affirming Christ as God. As the crowd demands with great vigor that Jesus be crucified, we also encounter a rejection of everything Jesus had taught. The significance of this Christ event is reconstituted in the friendship catechism which also rejects Christ by a rejection of the Creed. St. Paul discusses the standard of teaching where he sets man free from the slavery of sin.[3]

The idea that Christ is simply an afterthought and not an actual person echoes the deliberate acts of the enlightenment and modernists thinkers of the seventeenth through nineteenth centuries who placed greater value on man’s ability to reason over the necessity of active religious faith or identity. This premise continued to develop well into the twentieth century as witnessed by the age of modernism in the early part of the century and the advent of two Church councils meant to address the rejection of Christ as Lord and King and that it is part of the Church’s magisterial teaching that we are in fact called to have a personal and intimate relationship with Jesus Christ.

Jesus is not a hypothesis

The reality that a person would characterize Christ as a mere hypothesis reveals a more troubling reality that an active relationship with Jesus Christ may not exist at all. Jesus Christ is both fully human and fully divine-hypostatic union. He is also the second person of the Trinity who possesses a Divine nature and thus is God. He is also the Divine Word that assumes human form-Incarnation and as God’s Son goes into the world to proclaim the Good News-Gospel of God’s love for His people ultimately expressed in the sacrificial death of Jesus Himself-crucifixion.

St. Paul reminds us that Christ died for our sins in accordance with the Scriptures, that he was buried on the third day in accordance with the Scriptures, and that he appeared to Cephas, then to the twelve.[4] St. John reminds his readers what he and the rest of the apostles and disciples have encountered: And we have seen and testify that the Father has sent his Son as the Savior of the World. Whoever confesses that Jesus is the Son of God, God abides in him, and he in God. So, we know and believe the love God has for us. God is love, and he who abides in love abides in God and God abides in him.[5]

If Christ is viewed as a hypothesis, what does that make God or the Holy Spirit? How is the nature of sin addressed? How would anyone possess the ability to seek the good in others without a proper understanding of who Jesus Christ is as Messiah and God? The name Jesus signifies that the very name of God is present in the person of his Son Made man for the universal and definitive redemption from sins. It is the divine name alone that brings salvation and henceforth all can invoke his name, for Jesus united himself to all men through his Incarnation, so that there is no other name under heaven given among men by which we just be saved.[6]

The salvation of mankind is predicated on the fact and not hypothesis that human nature was assumed by God through His Son Jesus Christ. If our final end is complete union with God in Heaven, then Jesus Christ cannot simply be viewed or worst of all taught as a hypothesis. At Jesus’ Baptism, we encounter the Holy Spirit who comes upon Jesus and then a voice from heaven proclaims “this is my beloved son.”[7] The significance of the baptism event is that it initiates Christ’s mission as the suffering Servant amongst the sinners. He is the “Lamb of God who takes away the sins of the world.”[8] At the moment of the Incarnation, Christ embraces God’s redemptive plan for the salvation of all mankind. This means Christ as the suffering Servant will be sacrificed for the sins of the world.[9]

The notion that Christ can be viewed or taught as a mere hypothesis insults his redemptive mission and proposes that His love for the people of God was in inconsequential. Our responsibility as Catholic educators is to profess, proclaim and articulate Christ the Divine Teacher in all aspects of the Paschal Mystery. Our identity is intimately bound to Christ as children of God and thus our woven into God’s redemptive plan even we choose to believe otherwise.

For to this you have been called, because Christ also suffered for you, leaving you an example, that you should follow in his steps. He committed no sin; no guile was found on his lips. When he was reviled, he did not revile in return; when he suffered, he did not threaten; but he trusted to him who judges justly. He himself bore our sins in his body on the tree, that we might die to sin and live to righteousness. By his wounds you have been healed. For you were straying like sheep, but have now returned to the Shepherd and Guardian of your souls. [10]

There is an interesting yet profound requirement the people of Israel are told to follow written in the book of Deuteronomy. The last book... END_OF_DOCUMENT_TOKEN_TO_BE_REPLACED

The evangelist St. John the Baptist introduces us to the drama that affects every human being when he reminds both Jews and Gentiles to... END_OF_DOCUMENT_TOKEN_TO_BE_REPLACED

A consistent question I have been asked over the course of my ministry is how important is the use of one’s personal experience in... END_OF_DOCUMENT_TOKEN_TO_BE_REPLACED