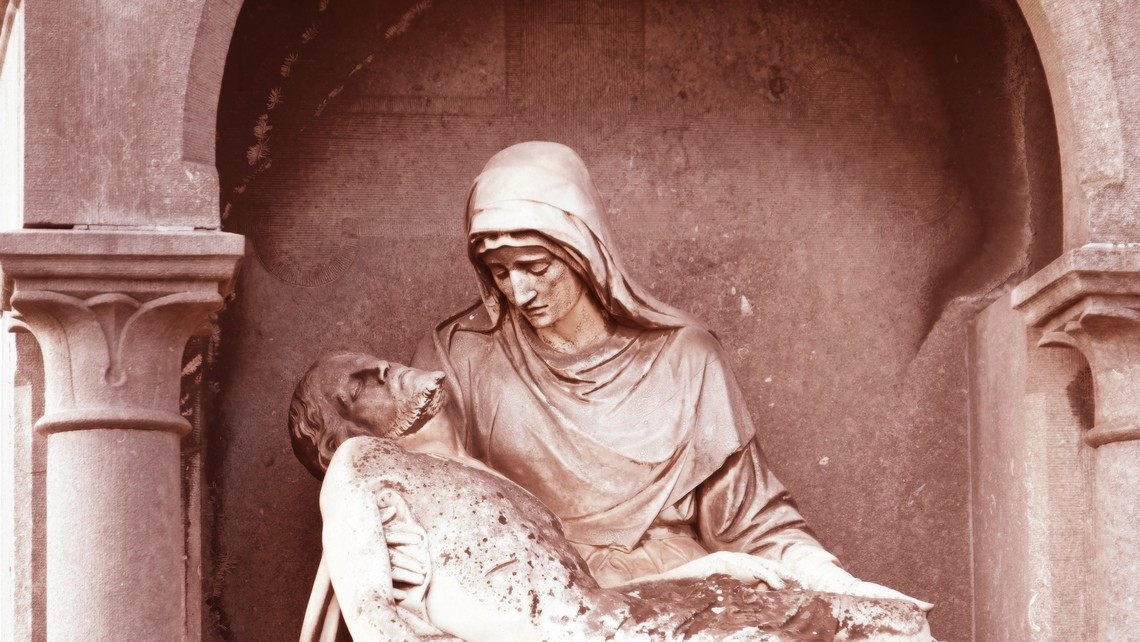 The Advent of the Incarnation is nearly upon us and as human beings created in the image and likeness of God, the birth of the Son of God is one of the most significant events for humanity. Why you may ask, because it is the first-time human beings are given the opportunity to identify with someone of their kind who is also Divine.

The irony of this Divine phenomenon is that when human beings initially encounter Christ, they view him with awe and wonder, while others begin to devise plans on how to dispose of him out of simple fear and hatred as written in the Gospels. Both scenarios have a common denominator, belief in Jesus Christ as the Son of God. A person’s belief in either situation ultimately becomes a consequence either knowing that Christ is God and thus believing in Him, or not and killing him.

The Consequence of Belief and Suffering

A person may not need to search far and wide to find an individual who endured horrible consequences for his belief in God. Job, from a secular non-deistic perspective would appear to be a fool and a psychologically unstable fellow for affirming belief in God while in the midst of both physical and spiritual chaos around him. Whether it be the loss of his wealth or the death of his family, the perception is that his belief in God was nothing more than an opening to death, destruction and despair. However, Job provides us with the following insight:

Oh, that my words were written! Oh, that with an iron pen and lead they were graven in the rock forever! For I know that my Redeemer lives, and at last he will stand upon the earth; and after my skin has been thus destroyed, then from my flesh I shall see God.[1]

Job recognizes and acknowledges in faith that a redeemer will save him from his torment and suffering. His affirmation of someone in Heaven is very telling in Job’s description of his suffering and it is a recognition of his belief in God and that God will indeed rescue him and relive him of his suffering. In the example of Job, we encounter the unveiling of the one Son of God Jesus Christ who is to redeem all of humanity from the wretched weight of sin and despair and help us understand the true nature of who God is. It is an introduction if you will into the meaning of suffering associated with Jesus Christ the Redeemer and how the act of redemptive suffering is intimately tied to our belief in God. Redemptive suffering is simply our willingness to actively believe in the Triune God, have an active and intimate relationship with Jesus Christ and lovingly embrace everything attributed to this belief, even if it means bearing the sufferings of Christ.

Are there consequences for belief in God?

The notion that a belief in God carries certain consequences doesn’t mean that the end result is negative. When we make a genuine and active Profession of Faith to God as we profess in the Creed especially during the holy sacrifice of the Mass, we acknowledge the presence of God in our lives. The Catechism of the Catholic Church describes four consequences for belief in God;

If any man would come after me, let him deny himself and take up his cross and follow me. For whoever would save his life will lose it, and whoever loses his life for may sake will find it.[3]

St. Nicholas of Flüe leaves us with a fitting meditation as we await the birth of our Lord and Savior Jesus Christ ;

My Lord and my God, take from me everything that distances me from you.

My Lord and my God, give me everything that brings me closer to you.

My Lord and my God, detach me from myself to give my all to you.[4]

There is an interesting yet profound requirement the people of Israel are told to follow written in the book of Deuteronomy. The last book... END_OF_DOCUMENT_TOKEN_TO_BE_REPLACED

The evangelist St. John the Baptist introduces us to the drama that affects every human being when he reminds both Jews and Gentiles to... END_OF_DOCUMENT_TOKEN_TO_BE_REPLACED

A consistent question I have been asked over the course of my ministry is how important is the use of one’s personal experience in... END_OF_DOCUMENT_TOKEN_TO_BE_REPLACED