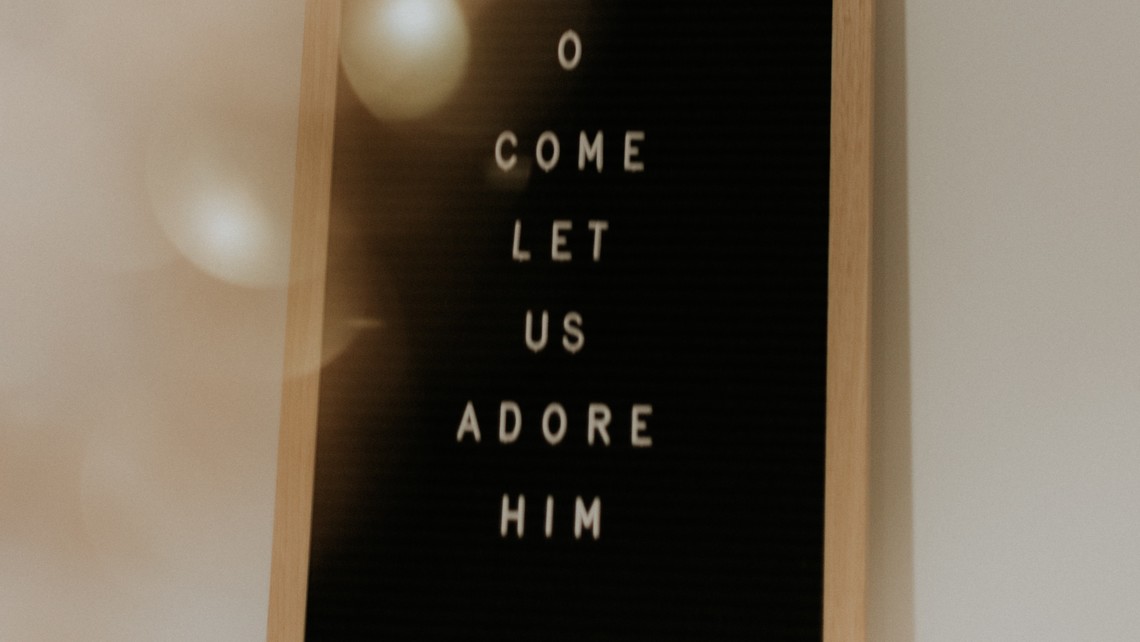 There is a genuine sense of awe and wonder when you witness your own child take their first unassisted steps and usher in a new sense of freedom. The expression on a child’s face I argue is one of pure joy and excitement with their new found freedom to explore everything around them. Though a child who has just learned to walk is eager to test his new found freedom, he still desires the protection of his parents as reassurance to protect him if he falls.

The book of Sirach reminds us that when we come to serve the Lord, we should prepare ourselves for trials. Be sincere of heart and steadfast, and do not be impetuous in time of adversity.[1] A child’s joy that comes with learning how to walk can be quickly diminished the moment he falls and hurts himself. This new found revelation will either encourage the child to keep walking or avoid the entire experience altogether and possibly resort to crawling for a period of time.

The irony of this scenario is similar to our journey with God. The moment a person begins to take their first steps in developing a relationship with God and discover in faith and trust how much He truly loves him, there is a sense of pure joy and excitement with this newfound relationship. However, the development of any relationship with God also comes with its challenges due to the nature of our own sin where we may easily choose to walk with someone or something else other than God.

Advent, our walk with God

The season of Advent initiates the start of a new Church year or more specifically a new liturgical year. The celebration of Advent introduces a preparation and expectancy of the coming Messiah Jesus Christ who would offer himself in death for the salvation of you and I from the evils of sin that separate us from God. Unique to Jesus’ redemptive sacrifice is the fact that He came to strengthen our walk with God. Advent invites us to decrease in ourselves and increase in Jesus Christ.[2]  The noted theologian Romano Guardini in his masterpiece The Lord which I highly recommend to anyone who desire to immerse himself into the life of Christ makes a very important point as one seeks to walk with God:

The more profoundly Christian a man becomes, the deeper the cleft between him and those who refuse to follow Christ-its exact measure proportionate to the depth of that refusal. The split runs right through the most intimate relationship, for genuine conversion is not a thing of natural disposition or historical development, but the most personal decision an individual can make. The one makes it, the other does not; hence the possibility of schism between father and son, friend and friend, one member of a household and another.

Guardini places great emphasis on the free will act of the person who chooses Christ over the world. When it comes to a choice between domestic peace and Jesus, one must value Jesus higher; even higher that the most dearly beloved: father and mother, son and daughter, friend or love.[3] Because Christ became man, the Incarnation provides us with an opportunity to walk with God through the Son and ultimately embrace the suffering-redemptive nature of Jesus Christ to prepare us for our eternal home-Heaven.

An act of faith

Jesus demonstrates the ultimate act of faith through His crucifixion. As we prepare for the season of Advent here are three examples that can help us know and understand Jesus’ love for us. Our first act of faith is recognizing that sin will have no victory over us. This means that a good examination of conscience makes perfect sense in preparing to remove any obstacles due to sin from your relationship with Christ. Freedom from these sins is received through an active reception of the sacrament of confession. It is important to remember that Jesus came to destroy sin through His death and resurrection and open the doors of heaven.

The Lord who has taken away your sin and pardoned your faults also protects you and keeps you from the wiles of your adversary the devil, so that the enemy, who is accustomed to leading into sin, may not surprise you. One who entrusts himself to God does not dread the devil. If God is for us, who is against us.[4]

Our second act of faith calls us to place Christ before anything else. Designate a sacred space in your home where you can prayerfully gather as a family and reflect on the life of Jesus as revealed in Sacred Scripture. Lectio Divina- praying with Sacred Scripture is a great way to engage a relationship with Jesus Christ. The process is as follows: Lectio-read a passage from the bible; meditatio-meditation, take some time to meditate on which you just read; oratio-prayer, pray and reflect on the Word of God; contemplatio-contemplation, how will the Word of God guide you toward your relationship with Jesus Christ.

Our third act of faith and arguably the most important is our willingness to say both privately and publicly, “I love you more Lord than my own sins.” The significance of this third act affirms our openness to recognize Jesus Christ as our Savior and King and thus embrace Him and reject sin and the works of the Devil. Any imitation of Jesus Christ must be focused on the way of the Cross, which is what the season of Advent initiates through the birth of the Son. Romano Guardini goes on to say:

Ever since Christ walked the way of the cross, it stands firmly planted on every Christian’s Road, for every follower of Christ has his own personal cross. Nature revolts against it, wishing to preserve herself. She tries to go around it, but Jesus has said unequivocally, and his words are fundamental to Christianity: He who hangs on, body and soul to life will lose it; he who surrenders his will to his cross will find it-once and forever in the immortal self that shares in the life of Christ.[5]

In conclusion, the following prayer of deliverance from St. John’s first letter offers us an opportunity to renounce any malfeasance that may attempt to disrupt our relationship with Jesust;

Little children; let no one deceive you. He who does right is righteous as he is righteous. He who commits sin is of the devil; for the devil has sinned from the beginning. The reason the Son of God appeared was to destroy the works of the devil. Any one born of God does not commit sin; for God’s seed abides in him, and he cannot sin because he is born of God.[6]

There is an interesting yet profound requirement the people of Israel are told to follow written in the book of Deuteronomy. The last book... END_OF_DOCUMENT_TOKEN_TO_BE_REPLACED

The evangelist St. John the Baptist introduces us to the drama that affects every human being when he reminds both Jews and Gentiles to... END_OF_DOCUMENT_TOKEN_TO_BE_REPLACED

A consistent question I have been asked over the course of my ministry is how important is the use of one’s personal experience in... END_OF_DOCUMENT_TOKEN_TO_BE_REPLACED