What Can a Catechist Learn from St. Thomas More? 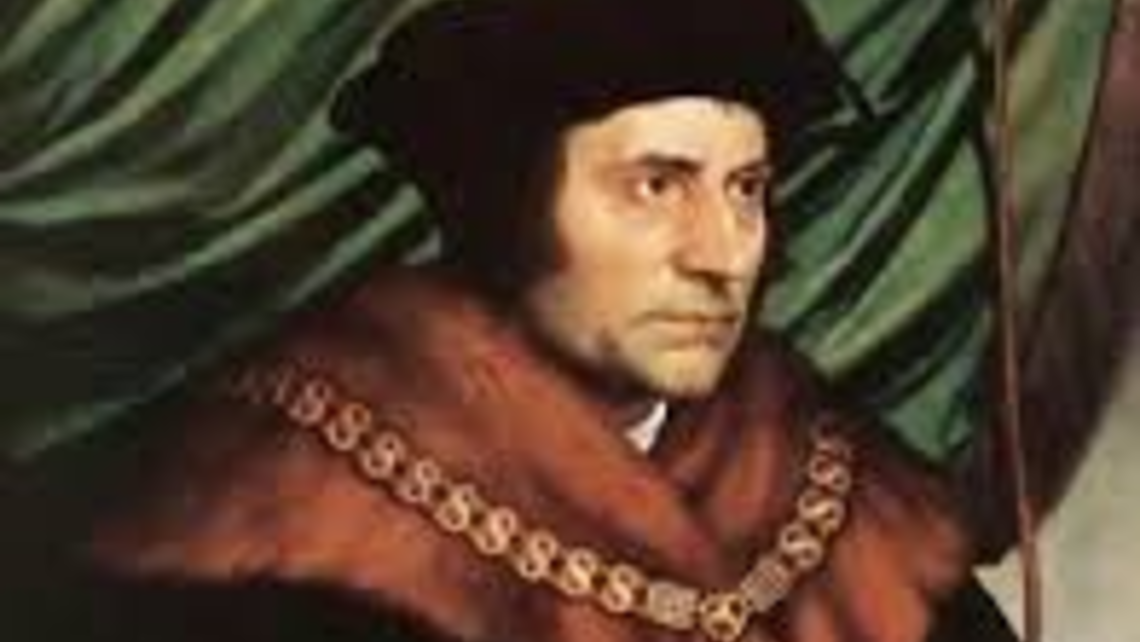 One of the most significant attributes we find in the lives of the Saints is their undying devotion to God the Father regardless of the circumstances placed in front of them. This loving and heroic characteristic is affirmed by the Son of God Jesus Christ who exemplified a martyr’s death for the sake of God’s children. The Catechism (2086) reminds us of this undying love as it describes the significance of God’s first commandment in the following way:

“The first commandment embraces faith, hope, and charity. When we say ‘God’ we confess a constant, unchangeable being, always the same, faithful and just, without any evil. It follows that we must necessarily accept his words and have complete faith in him and acknowledge his authority. He is almighty, merciful, and infinitely beneficent. . . . Who could not place all hope in him? Who could not love him when contemplating the treasures of goodness and love he has poured out on us? Hence the formula God employs in the Scripture at the beginning and end of his commandments: ‘I am the Lord.’”

Owing our very existence to God the Father, it should come to no one’s surprise that the Saints recognized this gift and placed themselves before the throne of God in an active and holy way. A great saintly model we can imitate is found in the life of St. Thomas More. He can best be described as a humble and prudent servant of the Church who refused to affirm and acknowledge the adulterous acts of King Henry VIII as the King’s moral right. Another important aspect of St. Thomas More’s was his refusal to take an oath acknowledging King Henry VIII as supreme ruler over the Church in England.

What makes St. Thomas More’s actions significant to catechists was his unwillingness to compromise the Catholic faith. He was unequivocally clear in his defense of the Church and his affirmation of the First Commandment regardless of the consequences that would fall upon him eventually suffering a martyr’s death. In other words St. Thomas More was not afraid to profess the truth of the faith in a logical prudent manner.

A great virtue we can take from St. Thomas More and apply in our own journey as catechists is the virtue of prudence. Prudence is defined as a virtue that disposes practical reason to discern our true good in every circumstance and to choose the right means of achieving it (CCC 1806). The book of Proverbs echoes this point that a prudent man looks where he is going (14:15). For St. Thomas More his reason for disobeying King Henry VIII’s demand and affirmation of his divorce and remarriage was that it went against the basic premise of the First Commandment which meant that it went against Christ and His Church.  The significant of St. Thomas More’s actions is the love he not only had for the Church but in King Henry VIII by directly addressing his immoral behavior to him. As catechists these saintly actions serve as a guide of what our catechesis should look like.

What can we learn as catechists?

First and foremost a catechist should have a properly formed conscience in order to articulate the faith clearly and faithfully. This means our souls should always be prepared to engage the faith in a calm prudent manner. Second, our catechetical aim is to proclaim the Gospel of Jesus Christ and assist our students in genuinely forming an intimate relationship with Jesus Christ. Again the Catechism (1790) reminds us that:

A human being must always obey the certain judgment of his conscience. If he were deliberately to act against it, he would condemn himself. Yet it can happen that moral conscience remains in ignorance and makes erroneous judgments about acts to be performed or already committed.

The foundation of our catechetical instruction is to form saints regardless of the pedagogical age we teach. If our emphasis is not on establishing an opportunity for a student to engage Christ then our catechesis is pointless both in word and deed. Our duty toward God is to believe in him and bear witness to him (CCC 2087) and as I mentioned earlier the first commandment requires us to nourish and protect our students in the faith which is the primary position a catechist should hold and the example we receive in the life of St. Thomas More.

St. Thomas More Pray for Us!

Frustrated that her students would not respond to her, she naturally wondered what was wrong. She modeled her teaching techniques after some of the... END_OF_DOCUMENT_TOKEN_TO_BE_REPLACED

In his marital masterpiece, Love and Responsibility , St. John Paul II describes the love between persons as a mutual relationship, a particular form... END_OF_DOCUMENT_TOKEN_TO_BE_REPLACED

There is a distinctive drama that perpetually exists between God and man. The nature of this drama involves whether man in good faith engages... END_OF_DOCUMENT_TOKEN_TO_BE_REPLACED