Do Not Make Sin Your Heritage? 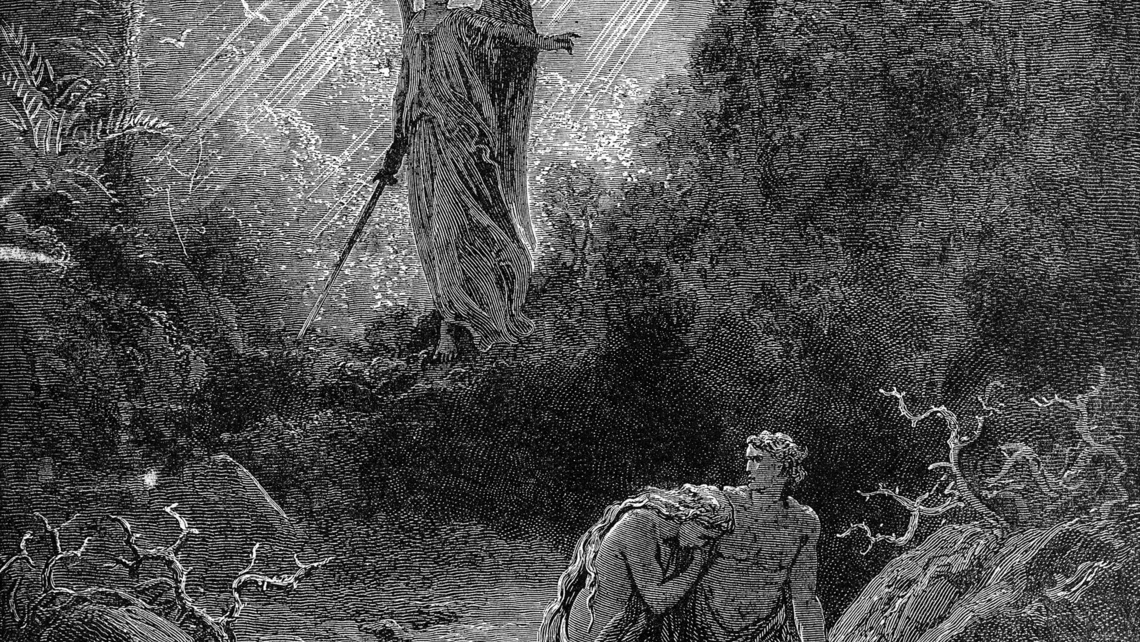 If someone were to ask you; “how would you like to be remembered by when you pass on” it’s probably not that “he really knew how to sin!” The irony in this is that sin was introduced as part of our heritage from the actions of our first parents which also opened our inclination to continue this practice and offense against God (concupiscence). Even though at first this may sound dreary, God’s infinite love and mercy opened the opportunity to forgo sin and not make it our lasting heritage if we so choose.

St. John Marie Vianney once said: “those who say: ‘I have committed too many sins, the Good Lord cannot forgive me’ is a gross blasphemy. It is the same as putting a limit on God’s mercy, which has none; it is infinite.” The Cure of Ars reminds us that God’s mercy has no limitations regardless of our human condition. Even when we try to limit our opportunity to receive mercy He easily supersedes the best of our human intentions whether positive or negative. St. Vianney eschews the human tendency of losing hope thus settling for a heritage of sin instead of a heritage of grace and mercy.

An interesting characteristic of our human condition is the tendency to seek mercy but yet ignore the opportunity for conversion and renunciation of sin see: Deut 28:15-46; 18:9-22; Ex 16:1-21; Ex 32: 1-14. The protoevangelium in Gen 3:15 sets the stage where God expounds on His infinite mercy to Adam and Eve but yet reminds them of the work they will need to perform both spiritual and corporal. It is His loving reminder of the need to prepare for the one who is to come in order to release the bondages of this first sin. This “New Adam” will perfect the human condition in a way that would open the door for all of God’s children to repent, seek forgiveness and in turn be in full communion with Him. St. Paul echoes this point quite well reminding us that “as sin came into the world through one man and death through sin, and so death spread to all men because all men sinned” (Rom 5:12).

He strengthens this point in Romans (7) where he reveals to us his own struggle in doing the very things he should not do but does them anyway. What he’s trying to tell us is not to settle on a legacy of sin but instead center your actions on Christ Himself. The book of Wisdom expands this point even further; “For God created man for incorruption, and made him in the image of his own eternity, but through the devil’s envy death entered the world, and those who belong to his party experience (2:23-24).

Keep in mind that the Devil himself wants a legacy of sin established in every single one of us. His demonic desire is a direct assault on the Incarnation because the Devil does not want us to be partakers of the Divine nature, know God’s love, or be reconciled by Him (CCC 456-460). In order not to succumb to a legacy of sin we must be open and honest about our fallibility and place our trust in Christ (Col 3:1-3). Blaise Pascal once said; “Being unable to cure death, wretchedness and ignorance, men have decided, in order to be happy, not to think such things” (Pensees, 133).

Establishing a Heritage of Grace in the Family

As a father of four children the last thing I want is to leave a lasting legacy of sin for my children to follow and emulate. I’m called to be cognizant of my actions both verbal and physical because as I just stated the last thing I want is an imitation of my sinful behavior to fall upon them. But yet when I’m caught disciplining my children it is because of an act they’ve imitated from me. In many ways it ends up being an examination of conscience for me as a parent.

Man is called to perform good acts (CCC 1749). This means as children of God created in His image and likeness we are naturally inclined to perform corporal and spiritual works of mercy. Our Christocentric heritage also calls us to obey and be attentive to the voice calling us to do what is good and avoid evil (CCC 1776). We hopefully understand that sin is a rejection of God’s love and looking at this a bit further is an offense against reason, truth, and right conscience; a failure in genuine love for God and neighbor caused by a perverse attachment to certain goods (CCC 1849). Our Christian responsibility is to center our very being to Christ which leads to an active renunciation of sin. How can we strengthen our Heritage of Grace within our families while at the same time weaken the heritage of sin? Here are several suggestions to consider:

“O God of my fathers and Lord of mercy, who have made all things by your word, and by your wisdom have formed man, to have dominion over the creatures you have made, and rule the world in holiness and righteousness, and pronounce judgment in uprightness of soul, give me wisdom that sits by your throne, and do not reject me from among servants. For I am your slave and the son of your maidservant, a man who is weak and short-lived, with little understanding of judgement and laws; for even if one is perfect among the sons of men, yet without the wisdom that comes from you he will be regarded as nothing.”

When the first proposition to reject God’s love -original sin was introduced to our first parents, the appeal of this proposition was its focus... END_OF_DOCUMENT_TOKEN_TO_BE_REPLACED

There is a solemn anticipation, a stillness of the day and night where all humanity if they so choose, await the coming of a... END_OF_DOCUMENT_TOKEN_TO_BE_REPLACED

George Orwell once said that the “greatest enemy of clear language is insincerity.” This statement's significance is vital if a Catholic educator's responsibility is... END_OF_DOCUMENT_TOKEN_TO_BE_REPLACED